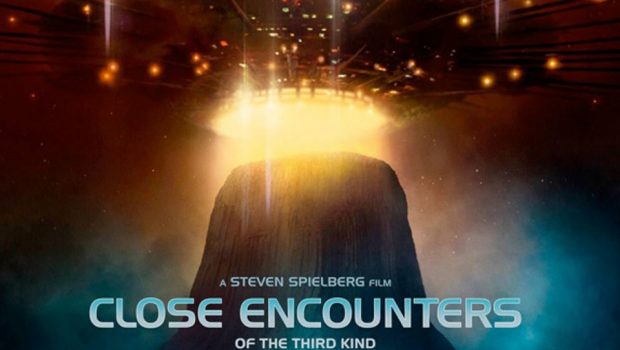 Summary: There aren't many movies that can be identified by five tones, but this once certainly can.

I went through a bit of a phase in my life in which I absorbed any and all information I could about ghosts, the paranormal and U.F.O’s etc. My knowledge of the Lore is a little rusty now but still sits in the back of my mind and when it comes to films like Close Encounters of the Third Kind it really adds a layer of appreciation. In regards to that and specifically the title of the film, it was established that there were “levels of contact” between us mere humans and a potential extra terrestrial species.

J. Allen Hynek who was an astronomer, professor and ufologist was engaged by the U.S. Airforce to help with it’s investigation into the U.F.O. phenomenon. As part of that study he developed the classification of sightings:

Close Encounters of the Second Kind – A UFO event in which a physical effect is alleged. This can be interference in the functioning of a vehicle or electronic device; animals reacting; a physiological effect such as paralysis or heat and discomfort in the witness; or some physical trace like impressions in the ground, scorched or otherwise affected vegetation, or a chemical trace.

Close Encounter of the Third Kind – UFO encounters in which an animated creature is present. These include humanoids, robots, and humans who seem to be occupants or pilots of a UFO. (definitions taken from the Wikipedia page… because I couldn’t remember them verbatim)

So with this knowledge when you watch Spielberg’s film you can appreciate just how much of the U.F.O. lore is taken and woven into the story. For those who have or had a keen interest in the field you may also get a bit of a thrill to see the man himself J. Allen Hynek appear (uncredited) as one of the many people awaiting the U.F.O. arrival near the end of the film.

The overall story is quite good, essentially America is experiencing a spate of U.F.O. sightings (a Flap in the parlance). One of the persons caught up in the experience is Roy Neary who, when on a call out, encounters a strange light and phenomenon leaving him with a (arguably poorly applied) “sunburn” and a fixation for the event and as we slowly learn a specific shape.

In trying to findout more about what he just experienced he tries to find the lights again and ends up on a hilltop with others awaiting the U.F.O. . His arrival at this mountain top is dramatic in itself as he nearly hits the child of an artist who has also been touched by the events.

The rest of the movie essentially follows Roy’s fixation pulling apart his family, thrusting him towards the shape that keep repeating in seemingly everything he does and finally the “final encounter” in among this we are shown the governments attempts to get a hold of the situation, to reduce public knowledge and to eventually set up their own attempt at communication (that famous five tone piece).

What is perhaps most notable here and lovely to see, is the lack of attempts to shoot down the U.F.O.’s the end goal is pure and simple communication, there is a military presence but it is more to contain the civilian populace than it is to prepare for an alien attack… it’s a refreshing way to tell the story and it’s a bit sad that there are so few recent movies taking this tact. 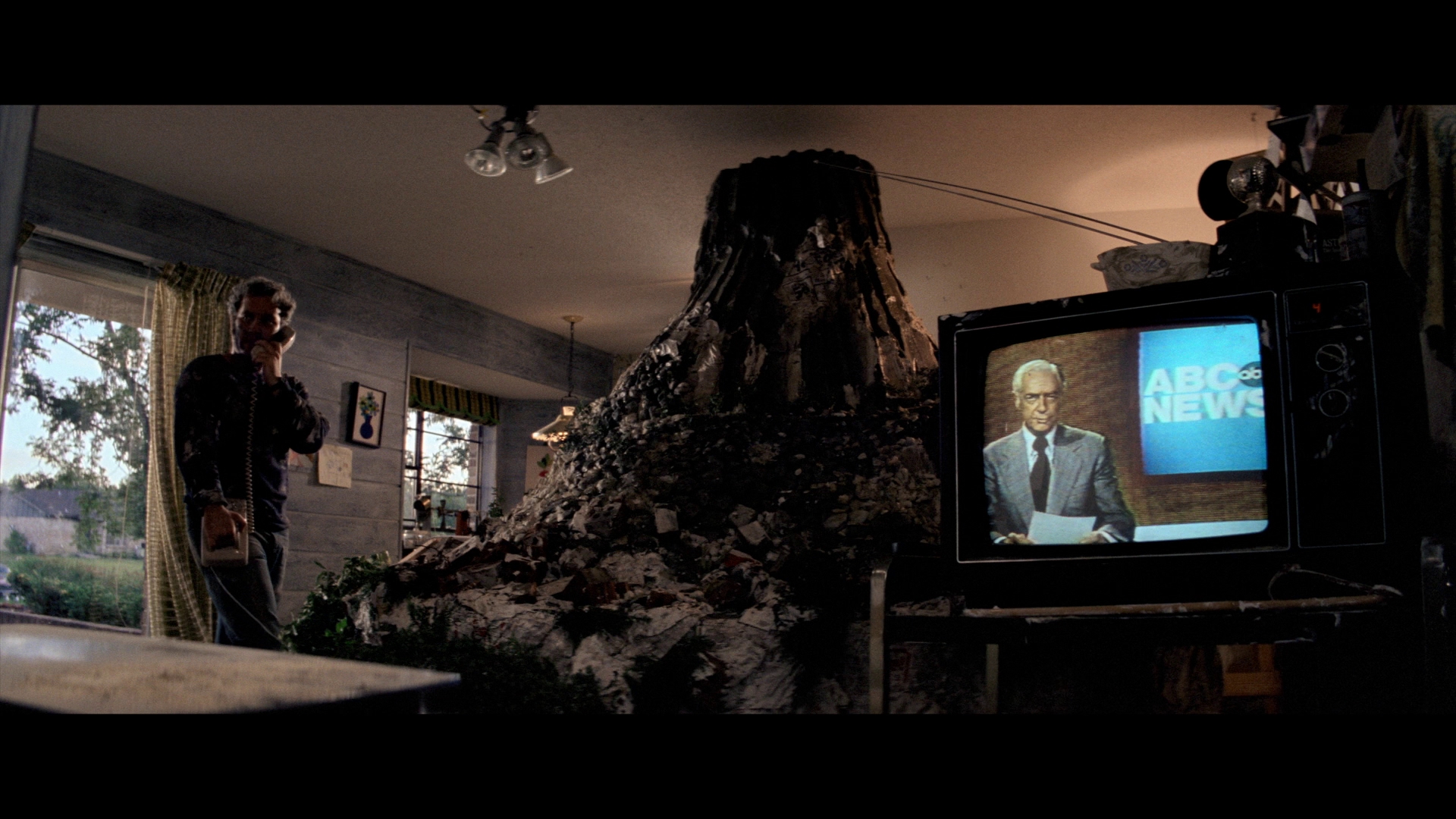 If I was going to pick on element of the film that I think fails it’s Roy’s family. From the moment they are on screen we have screaming children and a general sense of chaos. They end up feeling like they are written into the movie simply to create some conflict for Roy and you can see how experiencing something like he did could cause a chasm between he and his partner… but the ease with which he effectively dismisses them (and later the artist whom he seems to have developed more of a bond with) is a little underwhelming and disappointing.

There are a plethora of extras here not least of all are the three versions of the films (including a track that will tell you what the difference is between each one as you watch). If you are a fan of the film this is certainly the copy you want. If you have an interest in Ufology then this is a decent film and probably more accurate to how the Air Force would investigate rather than the films of today and their shoot first ask questions later (if at all). If nothing else it’s worth it for those magnificent five tones!