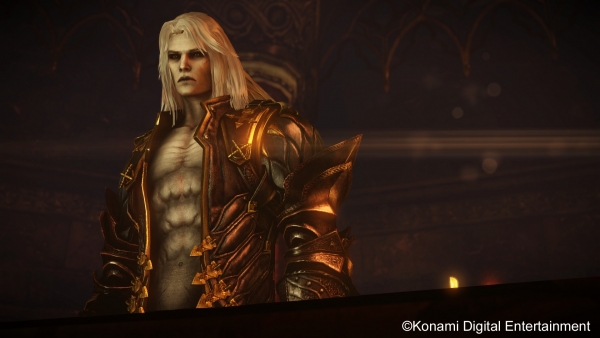 Konami Digital Entertainment, B.V has released the first trailer for its forthcoming ‘Revelations’ DLC for its CASTLEVANIA: LORDS OF SHADOW 2 title.

The ‘Revelations’ DLC costs just $8.65 and was released on March 25th. The new elements follow fan-favourite Alucard, in an all-new story that segues into the plot of the full game. The new trailer shows the many moves and skills that Alucard offers, and gives a glimpse into the new locations and story ‘Revelations’ adds.

A huge favourite within Castlevania fans, Alucard is the turned son of Gabriel. A tragic figure, he has shunned human life for many years, instead choosing to hunt only creatures of the night. The DLC takes place just before the apocalyptic events of CASTLEVANIA: LORDS OF SHADOW 2, where Alucard prepares for his father’s return and the forthcoming battle against Satan – detailing how Alucard is linked to his Father’s fate.

‘Revelations’ takes place within the epic world seen in CASTLEVANIA: LORDS OF SHADOW 2. As Alucard, players must discover his secrets, unearth the true extent of his involvement in Dracula’s story and set in motion the events of CASTLEVANIA: LORDS OF SHADOW 2. The DLC expands the incredible story of the recently-released sequel, with the fate of the Belmont clan unveiled. Alucard – a warrior by nature – has his own unique, powerful abilities, including use of the Glaciem and Igneas powers. Similarly, Alucard also has vampiric abilities which allow him to transform into a wolf, a swarm of bats and even turn back time! Blood fuels your capabilities, and Alucard must drink the blood of enemies to intensify his immortal powers. The new trailer offers a welcome hint as to what lies ahead…

CASTLEVANIA: LORDS OF SHADOW 2 is currently available on PlayStation®3, Xbox 360 and Windows PC. Its sumptuous 3D world and epic quest are now enhanced and extended with all-new locations and the chance to experience familiar ones through new eyes via the ‘Revelations’ DLC, as the story of the Belmonts is brought to its full conclusion.