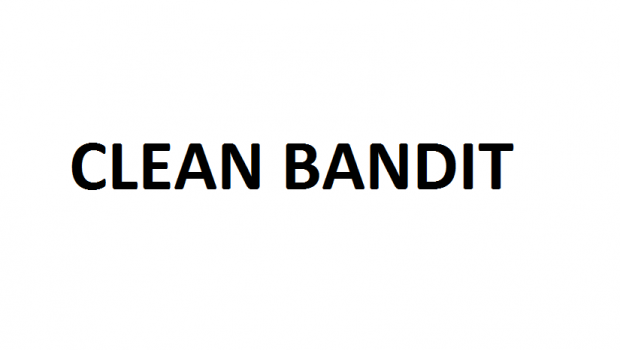 Frontier Touring is delighted to welcome one of the biggest names in electronic music to Australia this January, Clean Bandit. Performing at Stereosonic in 2015, the classically trained British string trio will finally return to Australian shores next year for their debut headline shows in Brisbane, Sydney and Melbourne.

Since the departure of Neil Amin-Smith in 2016, brothers Jack (bass, keyboard, vocals, piano and violin) and Luke Patterson (drums and percussion) along with Grace Chatto (cello, percussion and vocals) make up the trio of Clean Bandit.

“The amount of musical talent Clean Bandit possesses became much clearer watching them live and it became obvious that the classical elements of their music get slightly overlooked on their recorded tracks.” – Impact Nottingham

“Clean Bandit brought with them an infectious sense of fun and Grace Chatto and the girls danced as if they were getting ready for a night out – only much better.” – The Up Coming

The track conquered both the UK and AU Charts debuting at #1 for nine consecutive weeks and #1 for 24 weeks respectively, with over 637 million streams on Spotify the single is certified 4x ARIA Platinum. Continuing Clean Bandit’s run within the top 20 of the Australian Charts and overcoming previous best entry of #2 for hit ‘Rather Be (feat. Jess Glynne)’, the trio have achieved an impressive four entries thus far with more only to be anticipated.

Clean Bandit have carved their own distinct niche in music, wining fans across the globe with their awe-inspiring style of baroque pop. Renowned for their high-energy and fun live shows, fans are encouraged to act quickly in securing their tickets for a night with one of pops most dynamic groups – tickets on sale Wednesday 22nd November!