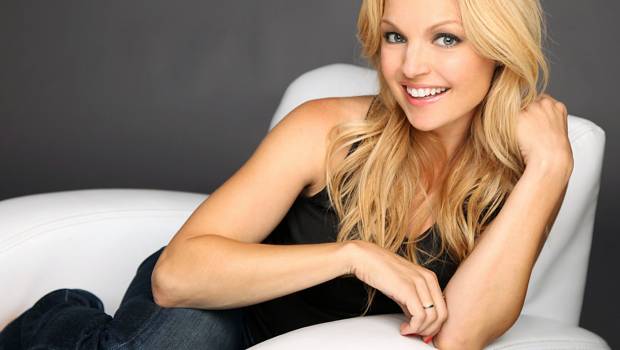 With Oz Comic-Con just under a week away (9-10 June, 2018) at the Melbourne Convention and Exhibition Centre, we caught up with the delightful Clare Kramer who plays host of the main stage with guests such as Joe Manganiello and Lesley-Ann Brandt. Not only is Clare a huge fan of pop culture but she is most remembered for her portrayal as Glory in Buffy the Vampire the Slayer, a fashionable Hell God who would stop at nothicng to achieve her goals… Welcome to Impulse Gamer Clare!

It’s not long now till Oz Comic-Con opens in Melbourne, what are you most looking forward?

Oh my gosh! I love Australia and I love working with Reed Pop so the combination is going to be amazing. However the thing that I’m most looking forward to is that for some reason I think that Australia has a really intelligent and passionate fan base so I always love interacting with them and being back in that environment to discuss what we’re passionate about. 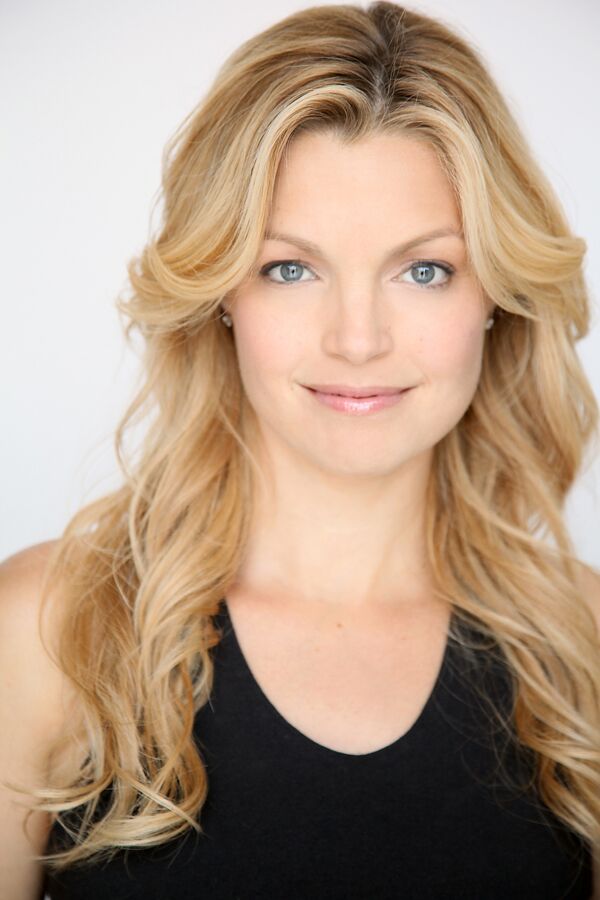 You’re also playing host this year at Oz Comic-Con in Melbourne? Can you tell us a bit more about this?

I’ll be hosting the main stage this year which basically means that every guest coming up onto this stage will be involved in a sort of pop show style setting. There will also be a 20-minute Q&A where I talk to the guests before we open it up for audience participation. Another great part of this whole thing is if someone can’t be there in person, they can follow my Twitter, Facebook or Instagram which will include live tweeting of the event, behind the scenes photos and sneak peaks of what’s happening the next day at Oz Comic-Con. This is really cool and even if you can’t be there, you can still feel like you are part of it.

You know it’s funny because I was just thinking about this today. I love Instagram for the pretty pictures and I love Twitter because it moves so quickly. You can have so many different conversations on Twitter and I feel that you can meet a lot of people there that you would never encounter in your day to day life. It’s also a good place to make new friends.

Then I have Facebook which I feel is a place for your old high school friends where you can talk, comment, look at their photos and see what’s going on in their lives. However I guess my favourite would be Twitter because of the large reach and the interaction with others… but I do love the pretty pictures on Instagram! 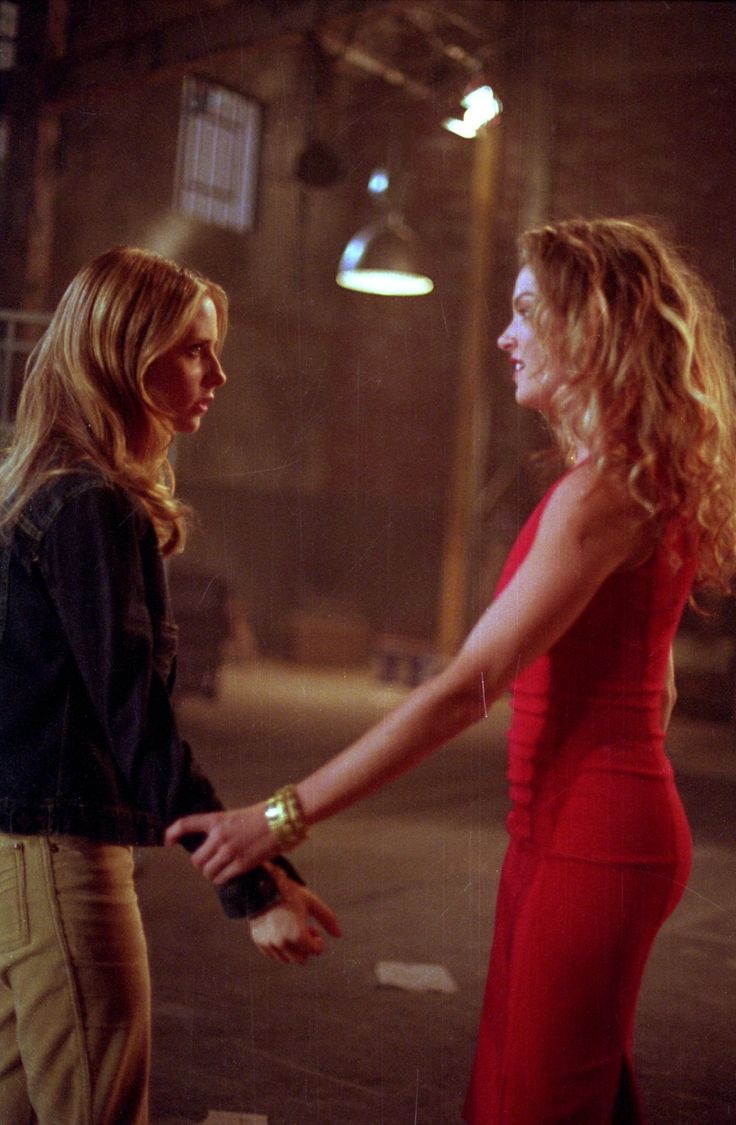 So have you shared your love of pop culture with your children?

Absolutely! My kids are 10, 8, 6 and 4. Just the other day and out of curiosity, I was asking the older two to name their top five movies and of course they’re super sweet, so they started naming the movies that I’m in. I’m like “no-no”, you don’t have to name the movies I’m in, what are YOUR favourite movies? So my 10 year old and 8 year old list was World War Z, Avatar, Warm Bodies, Frozen and Rogue One. So as you can see, they have a pretty eclectic pop culture taste in movies already.

That’s a very impressive list Clare and I think you deserve pop culture mum of the year for that!

<laugh> They love zombies! There’s also a new musical called Zombies that Disney did which is kind of like High School Musical and they love that too. So anything zombies, they really love! <laugh>

What’s the coolest or geekiest pop culture item that you own?

I own a lot of different versions of Settlers of Catan such as the Star Trek version and that’s one of my favourite board games ever. If you haven’t played it, I’ll have to sit down with you in Melbourne and convert you. <laugh> This is also the game that I like to introduce people to when they are first getting into board games because it’s a great gateway to get you into tabletop gaming. 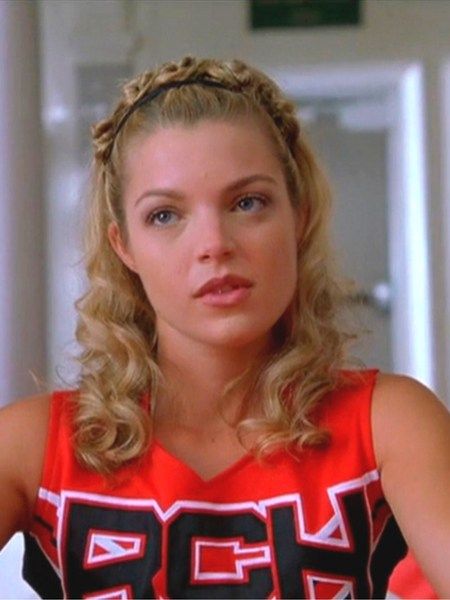 You have a diverse and amazing career in TV/films and if you could name your top two highlights, what would they be?

It’s funny because it’s the two projects that I’m most known for which is Buffy the Vampire Slayer and the movie Bring it On. They kind of came out at the same time, were both early on in my career and both iconic for different reasons. Even to this day, I would still say it’s hard to beat them.

So with the Buffy the Vampire Slayer, what’s your fondest memory of this TV series?

My fondest memory from the show, other than the whole incredible afterlife which is so broad reaching with fans and communities would be the friendships from the show which has been the biggest gift to me. My best friends are Charisma Carpenter, Julie Benz, Emma Caulford, Amber Benson, Summer [Glau] and Jewel [Staite]. We all stick together us [Joss] Whedon girls, like Eliza [Dushku] and just having such close knit friends from a project so early on has just been a huge gift that this show has given me. 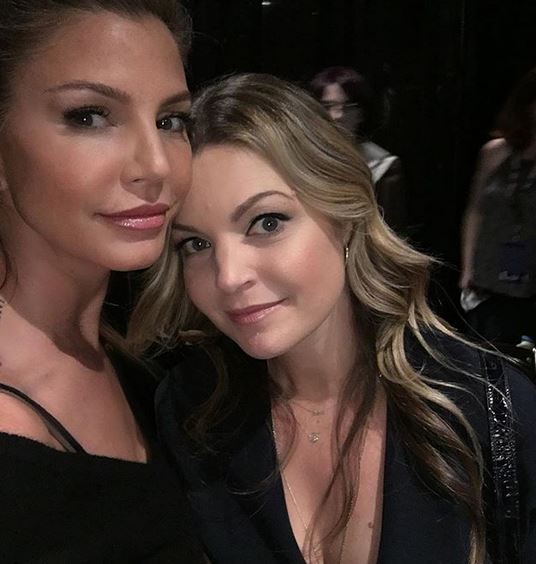 It seems that reboots and relaunches are all the go with Hollywood and TV these days… however if all the big bads from Buffy were resurrected for Armageddon on Earth and the role of Glory was offered to you, would you accept it?

Of course I would accept the role because I’m not crazy! <laugh> As actors we take roles when they come to us, especially characters that we love. I had an article that came out the other day where I was quoted saying that nobody wants a Buffy reboot and I don’t think the fans want it and that the actors necessary want it. However I think it should not be done without Joss [Whedon] or Sarah [Michelle Gellar] and if it is done, it needs to honour the tone and original mission statement of the show. Of course I would love to be part of playing Glory again but I don’t see it happening. 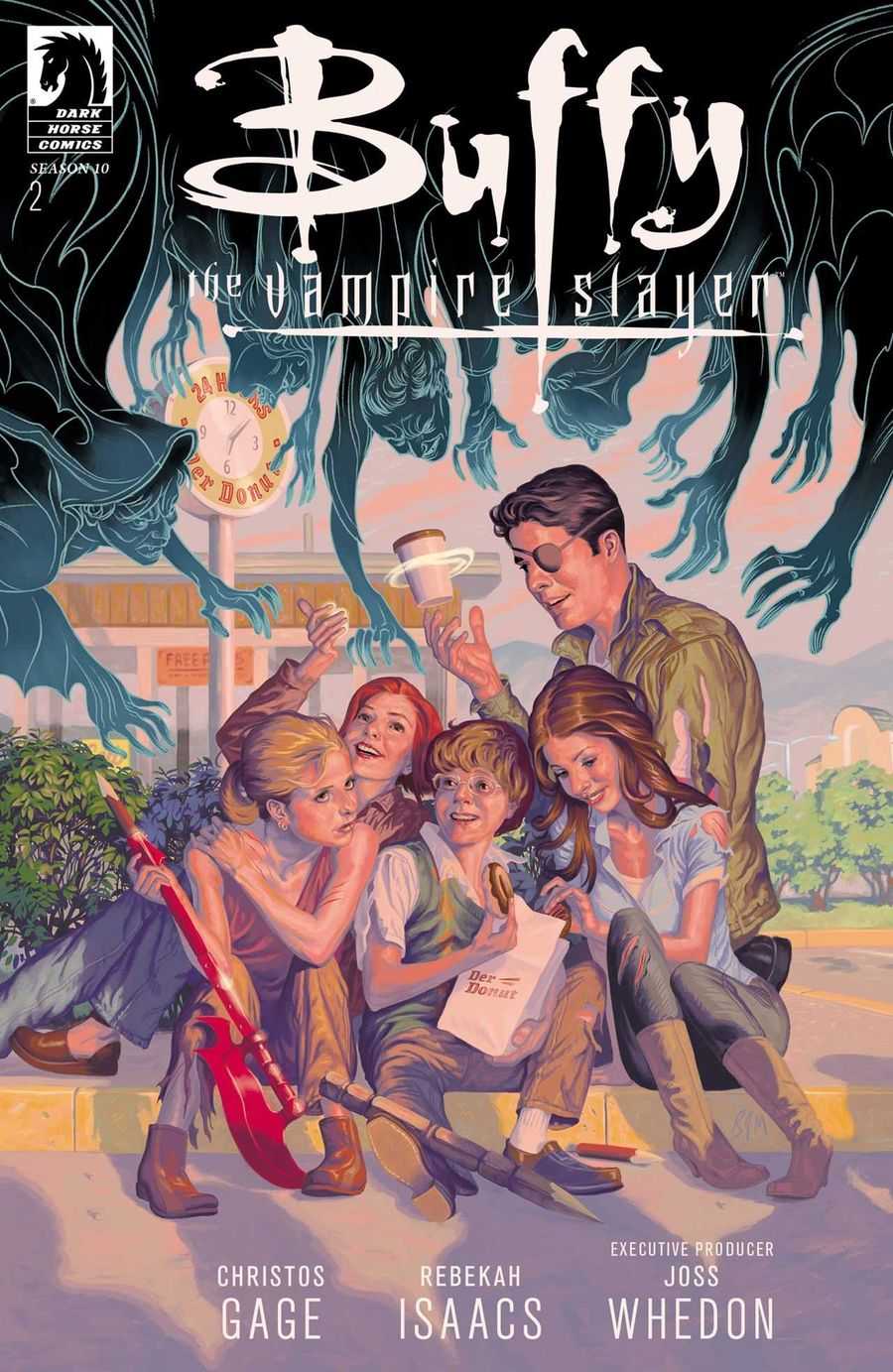 With that in mind Clare, do you think that the comic book medium is a better way to continue a TV series after it has finished?

I think it’s a great way to explore even if the TV series is still going on. It’s a different medium entirely and you can be much broader on paper with the story as you don’t have the budgetary limitations. When you’re drawing a comic, you can be anywhere, in a desert or downtown Tokyo as there are no limitations.

The only limitation is your mind but in film or television, whatever you create has to be created for a visual viewer which costs a lot of money and time. So there’s room for both like The Walking Dead comic which is still going on and similar to what George R. R. Martin is doing with his Game of Throne books. I definitely think there’s room for both.

What did you love about the character Glory?

What I love about the character is that she did not take into consideration anyone but herself and there was something very freeing about that. I always say that she wasn’t evil , she wasn’t bad, she just wanted what she wanted and she had to make sacrifices to get what she wanted, no matter what they were. But it’s really about Glory getting what she wants and when you approach a character like that and don’t give all the gravity of they are supposed to be evil or the antagonist against Buffy, you kind of come in as a free spirit. Yeah, she was a hell god but she was very free spirited and that made her fun to play. 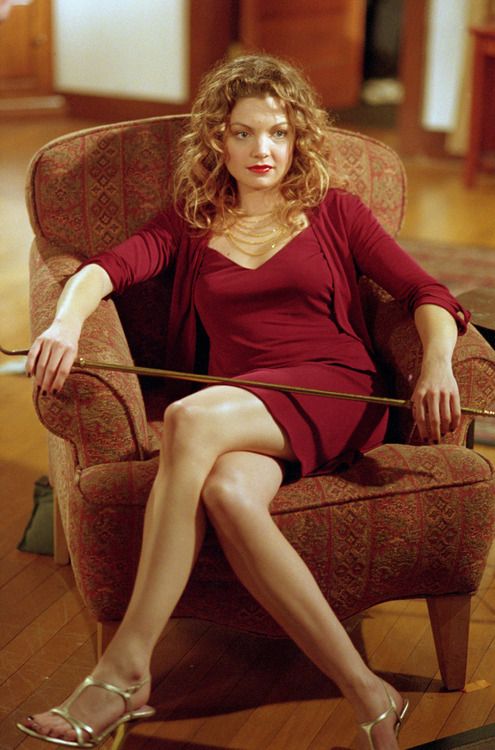 Do you ever get cosplayers coming up to you as Glory?

Yeah and they are always wonderful. I love when people take the time to cosplay Glory and you might think she would be easy and find yourself a red dress and some heels but the hair takes a lot of work. I’ve seen some great cosplays of Glory.

If you could choose one highlight about conventions for you, what would it be?

Oh my gosh, you want me to limit it to just one? <laugh> I’ve seen it all but I’m especially flattered when someone takes the time to draw fan art or write fan fiction about the character. I’m also really flattered if someone has tattooed Glory on their body. <laugh> It’s the connections that are my favourite interactions. 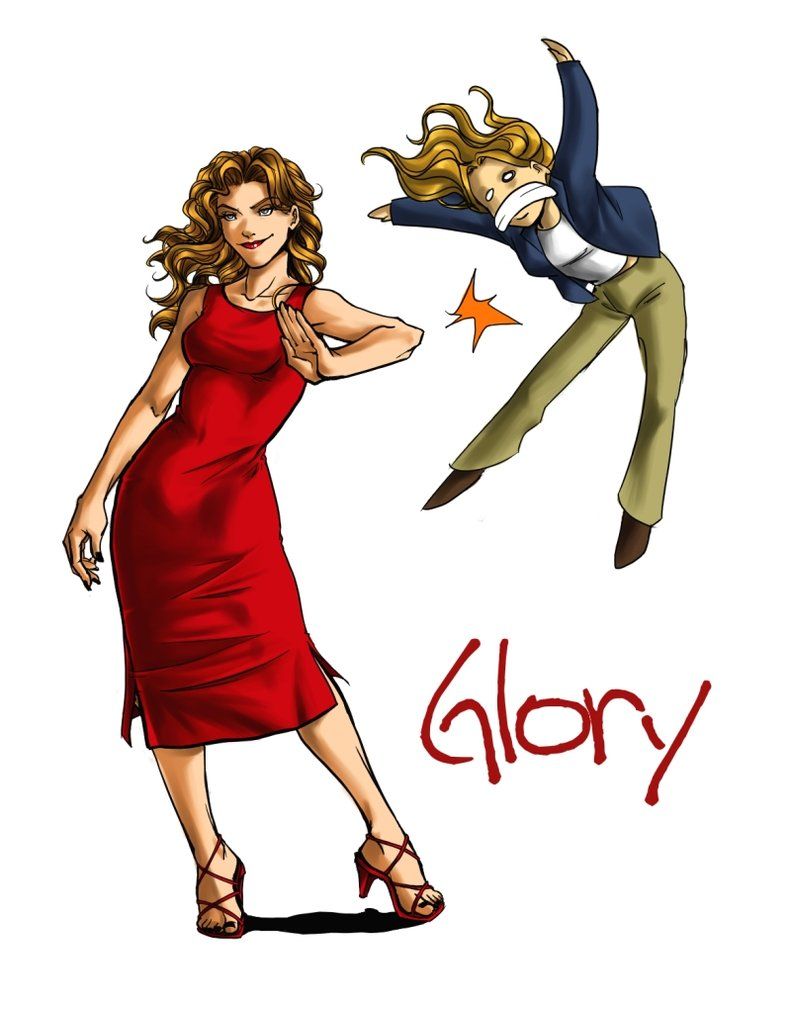 You’re also producing the upcoming documentary called Joyrider, can you tell us a little about this?

Joyrider is the story of André Kajlich who is a wheelchair hand cyclist who lost both his legs in an accident in 2003 and he was told he would not live, never sit-up or walk and all these other things. Then he said, this won’t work for me and he learned to walk with prosthetics and learned to hand cycle and as a result, he turned into an incredibly gifted athlete and started winning these 400 mile races and double iron mans.

He also spent 3 years trying to qualify to what he perceived to be the hardest cycling race in the world which is called the Race Across America and it leaves Oceanside California and ends up in Annapolis Maryland in 12 days. Cyclists sleep between 30 to 90 minutes per night and that’s it. So once he qualified, we packed up a camera crew and showed up with about 9 cameras and followed him across the country for 12 days in this incredible race. The documentary will be coming out early next year in the cinemas.

I’ve also finished a movie called Cradle Robber literally last week which is why my voice is a little horse now because I was yelling and screaming a lot. <laugh> It is a really great story for Lifetime Television about a woman whose daughter starts dating what turns out to be an older guy who had assaulted her during college so it has a big twist in it. 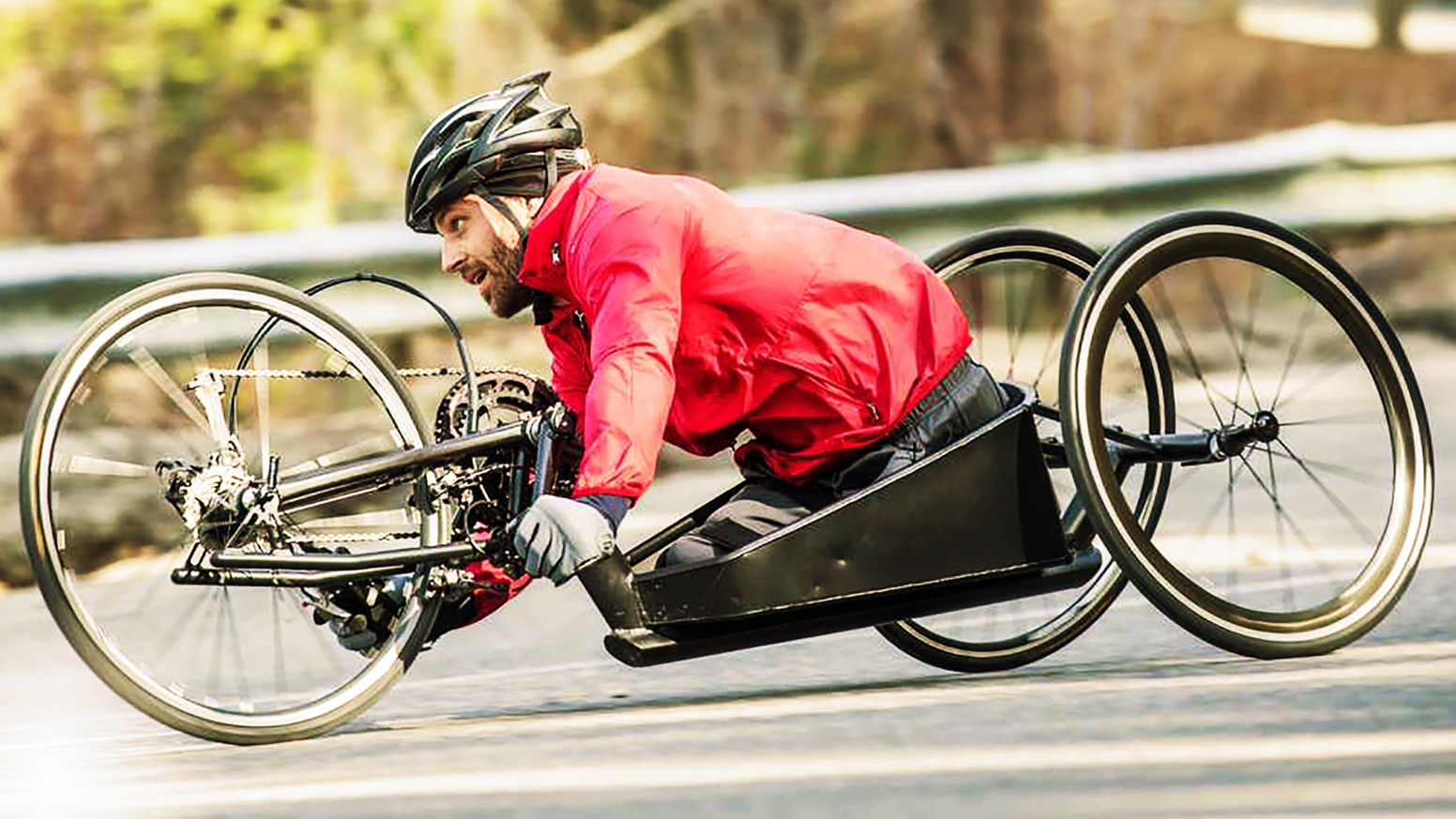 Lastly Clare, if you could go back in time, what advice would you give yourself when you started your career?

Don’t take yourself too seriously and as an artist when you’re young, you want to give so much, meaning you place too much importance on everything you do but at the end of the day, you are still creating art which is special but it’s just a job.

Thanks for your time Clare and all the best of your time in Australia!

Oz Comic-Con in Melbourne will be held at the Melbourne Convention and Exhibition Centre on Saturday 9th and Sunday 10th June and Clare Kramer will be hosting on both days. Make sure you follow Clare on twitter at https://twitter.com/ClareKramer and on Instagram at https://www.instagram.com/clarekramerofficial/. 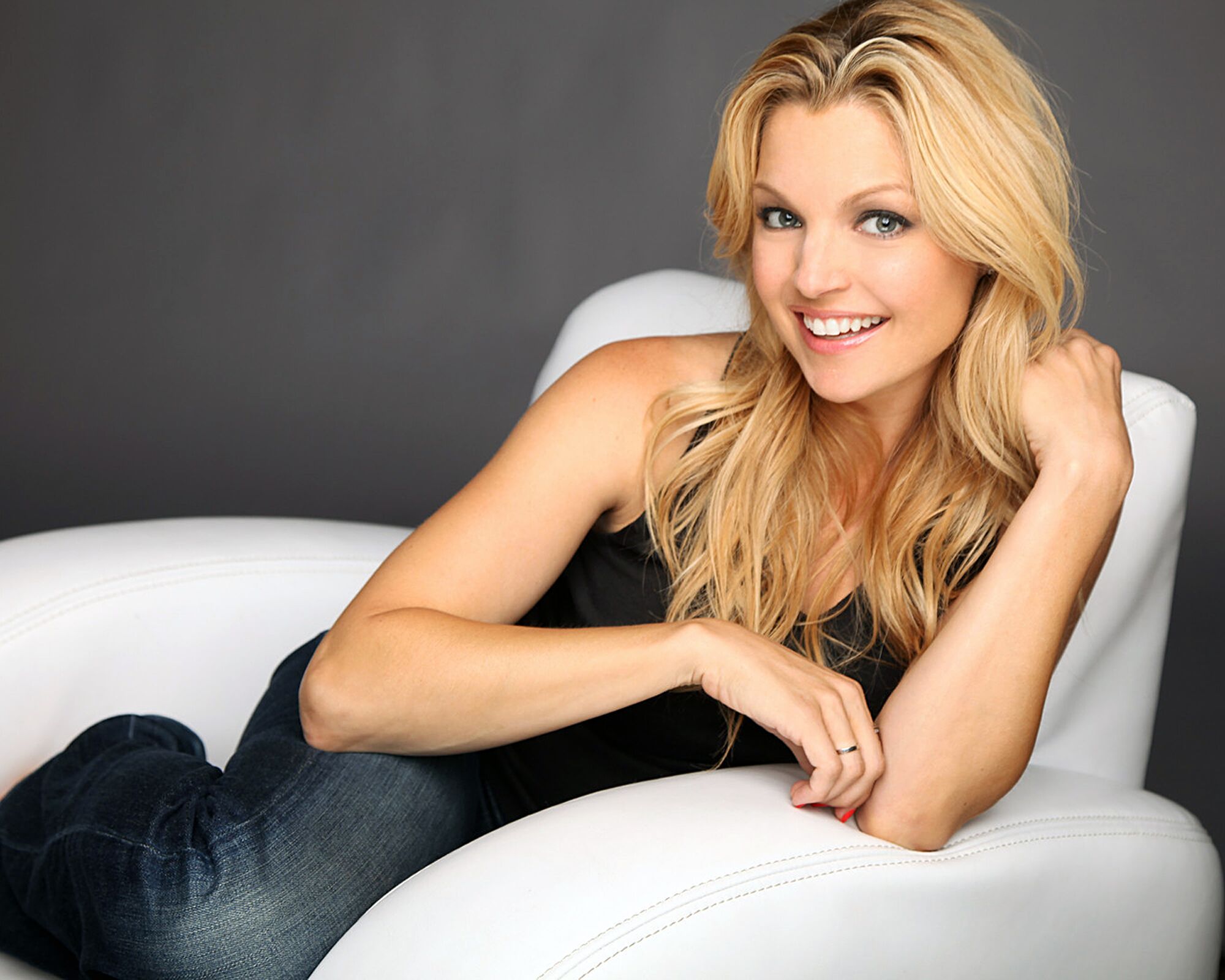