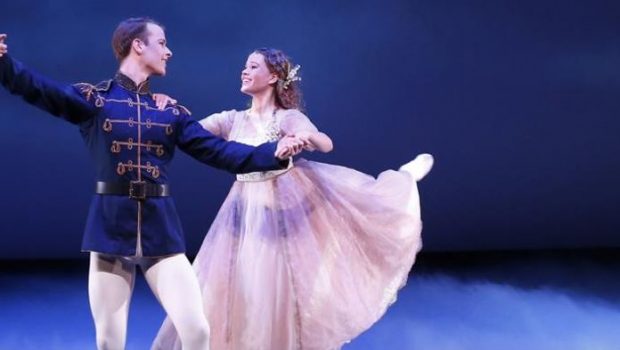 Clara, The Sugar Plum Fairy and the Mouse King come to life as The Australian Ballet announces new dates for Storytime Ballet: The Nutcracker, the perfect ballet for childre

Following its highly successful inaugural season in 20152016, The Australian Ballet’s Storytime Ballet is back with a brand-new production of The Nutcracker. Created especially for children aged three years old and up, Storytime Ballet:The Nutcracker will tour to Adelaide, Sydney and around Victoria in April 2017.

The Artistic Director of The Australian Ballet, David McAllister, said, “After the success of the first season of Storytime Ballet in 2015, it’s wonderful to be able to bring another production to our youngest ballet fans. The Nutcracker is one of the world’s most-loved story ballets and the perfect introduction to ballet for children, as they follow this classic Christmas tale of Clara and her adventures.

“The production opened in 2016 and will be touring into 2017. We’re delighted to bring the production to more people and theatres around Australia, giving families the chance to experience world class ballet – designed just for them to enjoy!” Mr McAllister said.  Supported by Principal Partner Telstra, The Australian Ballet’s Storytime Ballet series began in 2015 and includes the company’s first mainstage productions designed especially for children.

The first season was greeted with critical acclaim and many sold-out performances; kids as well as parents have responded warmly to this special program, which was created with children in mind at every stage of the creative process.

Telstra General Manager of Loyalty and Partnerships Fady Taouk said Telstra is proud of its partnership with The Australian Ballet and excited that Storytime Ballet is again taking the classical art form to a new generation, one that grew up with smart phones in their hands.

“For over three decades Telstra and The Australian Ballet have collaborated to bring audiences closer to the wonder of ballet. This year we are pleased to offer an exclusive pre-sale through Telstra Thanks® for Telstra customers to purchase tickets before they go on sale to the general public.”

With its performance duration of just under an hour, designed to suit kids under the age of eleven, this live and interactive production features a narrator to guide the audience through the ballet. Children are encouraged to come dressed in their favourite ballet-inspired outfits and can interact with the performers on stage.

The Storytime Ballet: The Nutcracker is a large-scale ballet packed with brand-new designs (by Australian designer Krystal Giddings), dazzling dancing, sparkling tutus and enchanting music. Children follow the well-known story of Clara and a marvellous Christmas party that turns into a magical adventure. Watch as the Nutcracker becomes more than just a doll and meet The Sugar Plum Fairy and the Mouse King.

Telstra Thanks is offering an exclusive pre-sale for Telstra customers, from 10:00am AEDT, Tuesday 7 February to Tuesday 14 February at telstra.com/ballet Tickets go on sale to the public on Tuesday 14 February, 10am AEDT visit australianballet.com.au