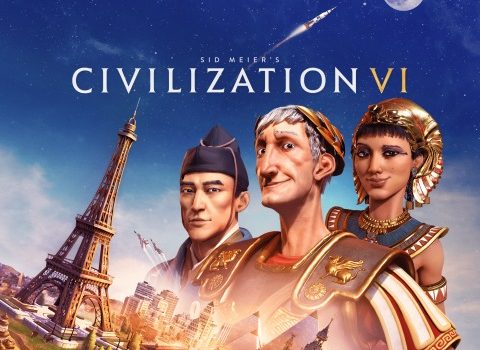 Summary: A great port of a great game. Civilization VI offers so much to do, and with two expansion packs bundled in, now is the perfect time to experience it on a console.

The conversation around hardcore strategy games has always featured a debate regarding their suitability for consoles. They’re simply too big, there’s too much text and a controller just doesn’t feel right. Civilization VI is here to prove the doubters wrong. Turns out it can be done, and it can be just as bloody addictive in front of your TV.

Let’s get something out the way. No matter how good this port is (and it’s very good), Civilization is best experienced on a PC. The mouse and keyboard provide much more freedom, especially with a game with so many intricate features. If you’re already a Civilization fan, chances are you already have it on PC and insist that it’s the only way to play it. That being said, this is a remarkable port. 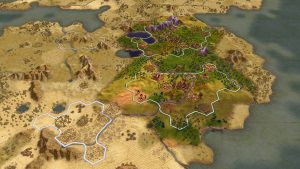 For the uninitiated, Civilization is a long running strategy game franchise in which you aim to build…. Well, a civilization. You pick a group of people and you start out as settlers. From there you establish cities, explore the world, develop your nation and pursue an agenda of war or peace versus the other establishing nations.

Civilization VI on PS4 includes two expansion packs, Rise & Fall and Gathering Storm. Both of these expansion packs are substantial, offering multiple new ways to experience the game. Gathering Storm in particular features a particularly appropriate integration climate and climate change. Natural disasters such as volcanic eruptions or floods can happen at random, which means more care needs to be put into where your settlements are located.

In addition to random climate events, you now also need to worry about your actions do to the environment. Progress comes at a cost, and the introduction of more advanced technology brings pollution to your cities. Eventually long-term damage can be done to the game world, which means natural disasters occur all the more often. All because you wanted to be the first nation to build a car. 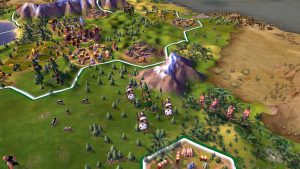 For the PS4, everything is mapped to your controller. It is surprisingly smooth. Most menus and submenus can be navigated to with ease. You will soon find yourself losing hours researching differing methods of scientific progression. People who lack strategy game experience might find it a little daunting at first. The inclusion of advisors, who serve as mini tutorials, go a long way to explaining mechanics. It’s a game where the more time you invest in to it, the more rewarding it gets.

The game also runs incredibly smoothly once it gets up and running. When you first begin a campaign, the loading times are insanely long. So long, that I worried if the game would be able to hold itself up to the stress. Playing Civilization is a dream, it looks gorgeous and there is barely any technical slowdown.

There is a lot of waiting though. Small campaigns maybe not so much, but big campaigns there may be minutes at a time where all you do is wait. Civilization is a turn-based game through and through, which means that the more rival nations you include in a campaign, the longer you’ll have to wait for them to go about their business. There is enough time to get up and make a cup of tea while you plan your next big decision. It’s not game-breaking, but it would be nice if the process could be sped up a little bit. 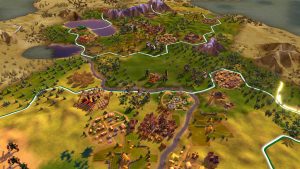 Ultimately Civilization VI is a great port of a great game that is very easy to recommend. The sheer breadth of gameplay options lend itself to excessive replaying. Each campaign is different, and each campaign features multiple branching paths to achieve the end goal. Get ready to pour hundreds of hours into advancing your great nation, all from the comfort of your couch.