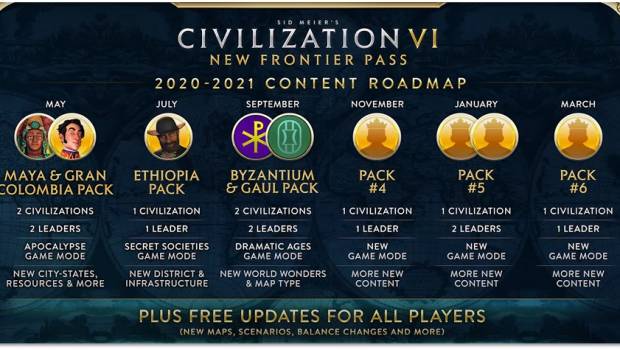 Included in the Byzantium and Gaul Pack are two new leaders and civilizations – Byzantium and Gaul – as well as two new World Wonders and a new map script – the Highlands. The Byzantium and Gaul Pack also includes a new optional game mode called Dramatic Ages*, where civilizations always enter Golden or Dark Ages every era that feature more potent bonuses and penalties. Instead of Dedications, players will gain access to powerful new Social Policies like Golden Policies and updated Dark Policies that offer more flexibility and power. Dark Ages in particular are more dangerous than ever, as players in Dark Ages will have a portion of their empire immediately fall into Free Cities, and Free Cities can exert pressure on other cities.