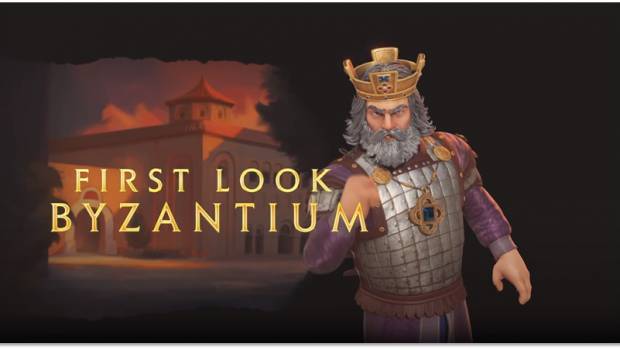 Earlier this week, we announced the third DLC for Civilization VI – New Frontier Pass – the Byzantium & Gaul Pack – will be launching on September 24.

Byzantium can subjugate enemies with religious and military might, supported by their two unique units, the Dromon Ship and the Tagma.

Byzantium’s “Taxis” ability gives units additional Combat Strength or Religious Strength for each Holy City converted to Byzantium’s Religion. Byzantium’s Religion spreads when an enemy unit is defeated and Cities with Holy Sites earn bonus Great Prophet points. Basil II’s “Porphyrogénnētos” ability allows Heavy and Light Cavalry units to do full damage against cities following the same religion as Byzantium, and gains the Tagma unique unit when the Divine Right civic is discovered. The Tagma unique unit replaces the Knight and grants nearby land units additional Combat Strength or Religious Strength, while the Dromon Ship replaces the Quadrireme and has additional range and additional Combat Strength against units. His unique district is the Hippodrome, which replaces the Entertainment Complex district, is cheaper to build and provides additional Amenities. It also grants a Heavy Cavalry unit when the Hippodrome and its buildings are constructed.

Content is being delivered on a bimonthly basis until March 2021, and the third DLC – Byzantium & Gaul Pack – will launch on September 24, 2020 for Xbox One, PS4, Nintendo Switch, Windows PC, Mac and Linux.