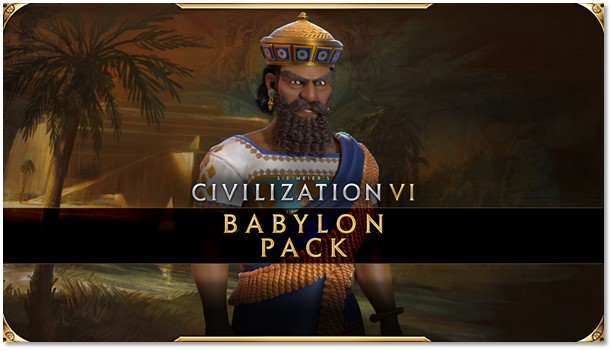 Includes the Babylon civilization with Hammurabi, the Sabum Kibittum unique unit, and the Palgum unique building.