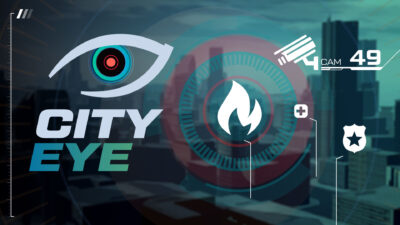 Summary: How long can you keep the streets of your city safe?

Developed by Ultimate Games S.A, City Eye, is a video surveillance simulator game whose main aim is to keep the streets of your city safe. Inspired by modern day monitoring and control systems, you play the role of the operator (aka Big Brother), utilizing hundreds of well-placed cameras around the city, to detect threats and alert the correct authorities. 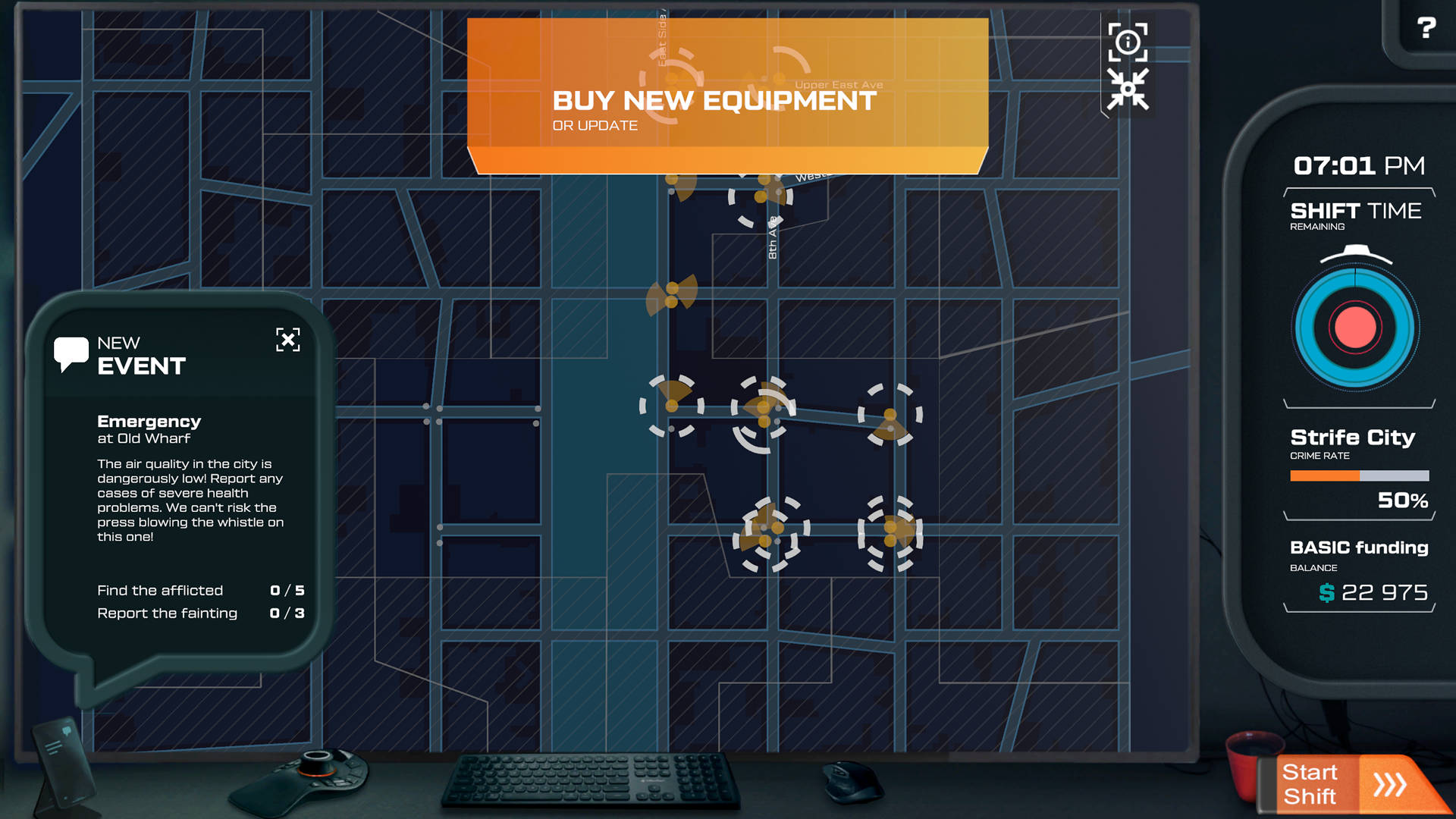 Gameplay is done via ‘shifts’ that roughly last around eight minutes. At the start of each shift, you can purchase or upgrade cameras, check out a list of wanted criminals, and see the main event (quest) that is associated with that shift. From then, your primary task is to use each placed camera to detect criminal behavior, emergency situations, and health hazards that plague the city. These threats come in the form of arson, vandalism, prostitution, robbery, fights, and citizens needing medical assistance. Once you have detected and analyzed the situation, you then have the option to alert either the police, ambulance, or firetruck. Once your shift is completed, the city’s budget increases (depending on your response time to threats), allowing you to purchase more/upgrade cameras on your next turn. 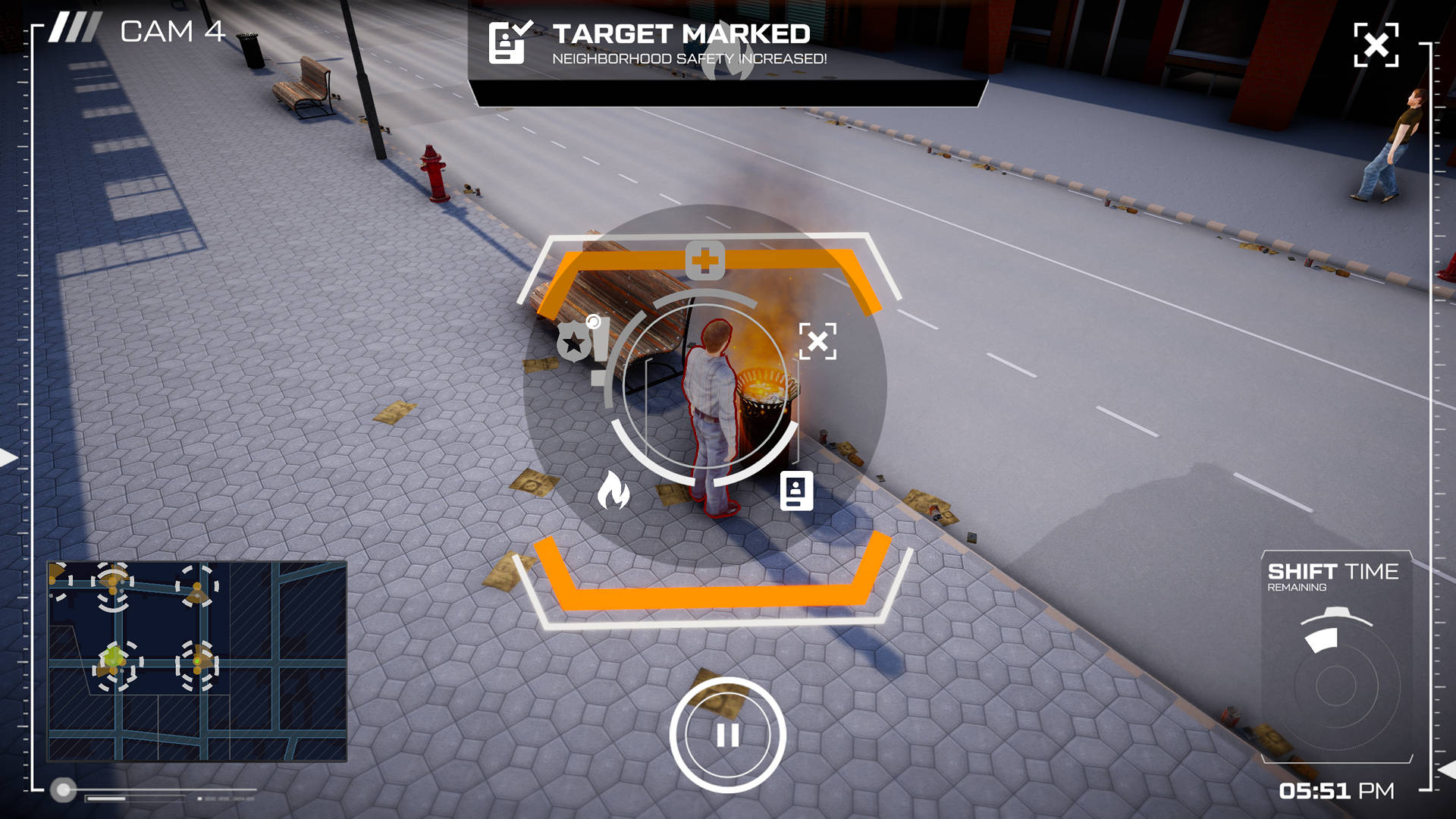 The overall goal is expansion. Once you have secure control over one area of the city (and the crime rate is below 20%), you can expand your watch to other districts within that city. This can be done by purchasing top of the line cameras, finding (and marking) suspect criminals, and completing quests.  There are three types of cameras, coming in at different price points, and offering different levels of security. Using the keyboard and mouse, you will spend your shifts scrolling through a map to see which camera to click on, scan different street angles, detect the threats, and respond with the correct service. 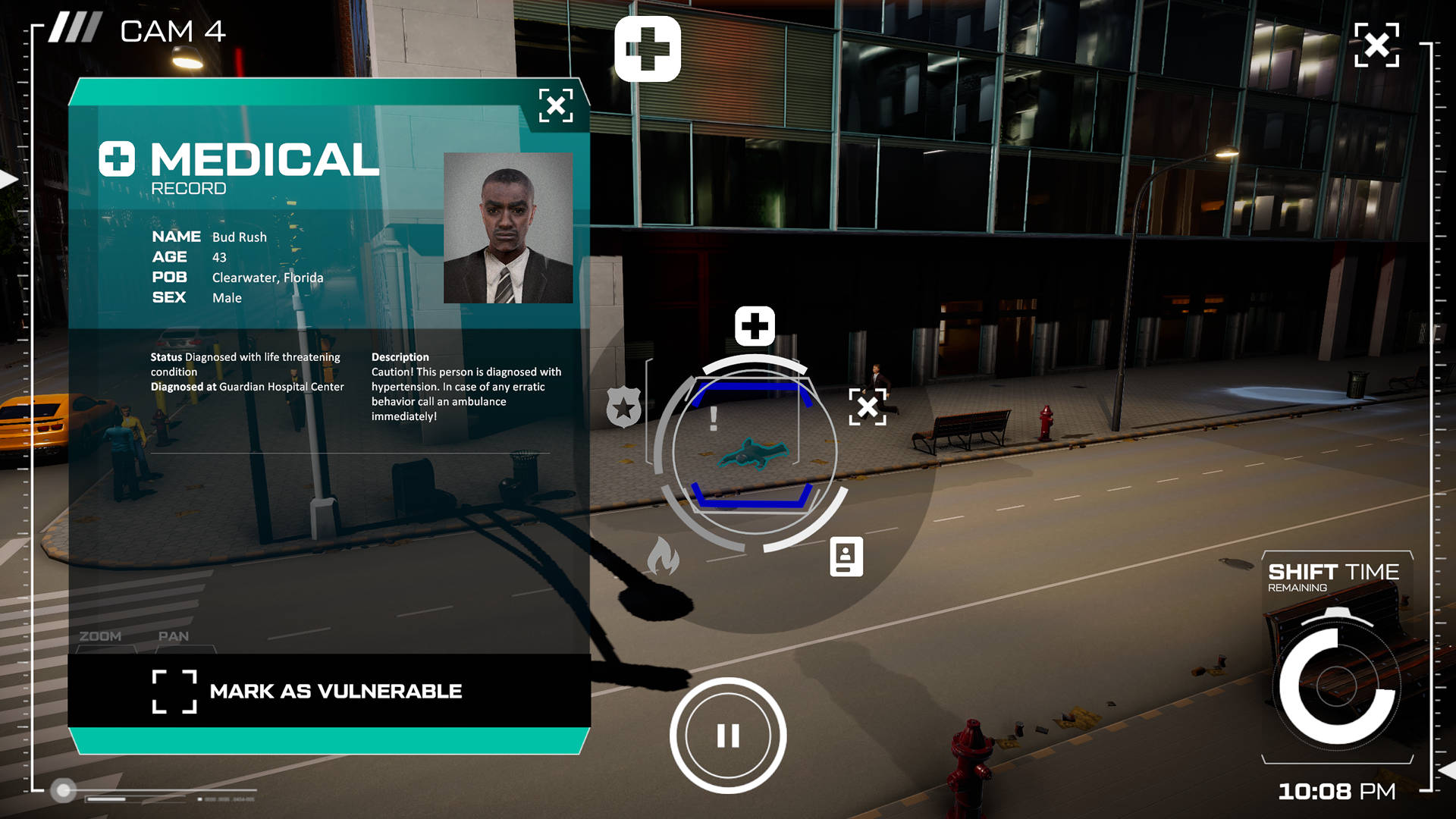 The tutorial is very minimal which led to a lot of trial and error in understanding how to play the game. Gameplay can come across as repetitive as there is not much variation between shifts. Apart from being able to buy more cameras, no other big rewards are offered either, which can lead to a decrease in motivation to carry on playing. However, I found that it was the graphics that let the game down the most. There only seems to be a handful of different character types that have multiple copies of them on each street. Their features are blurry, leading to a difficult task of finding the criminals on the ‘wanted’ list, the body movements are very clunky, and they seem to repeat their actions each shift. Audio is realistic, with the usual sounds you would find in a city, however, a little more background music would have been great to add more suspense to the game.

The premise of the game sounds great! However, the lack of attention to detail, the repetitiveness, and not having any big reward, lets it down. Hopefully this is a game that can evolve in the future because it is an interesting concept, but it isn’t fully there just yet.