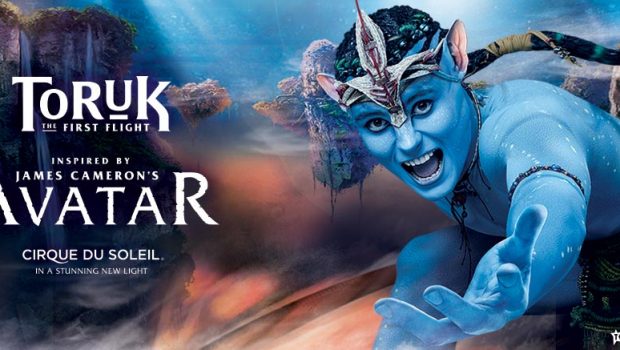 Inspired by James Cameron’s AVATAR, TORUK – The First Flight transports you to the world of Pandora in a visually stunning live setting.  Experience a storytelling odyssey through a new world of imagination, discovery, and possibility.

This live immersive experience also bears the distinct signature of directors and multimedia innovators Michel Lemieux and Victor Pilon. It is a living ode to the Na’vi’s symbiotic co-existence with nature and their belief in the basic interconnection of all living things.

Narrated by a “Na’vi Storyteller” and populated by unforgettable characters, TORUK – The First Flight is a mythical tale set thousands of years before the events depicted in the film AVATAR, and before any humans ever set foot on Pandora.

Secure your seats now. Presale ends Monday, June 5 at 5pm and then reopens from June 6 when the general public onsale starts.