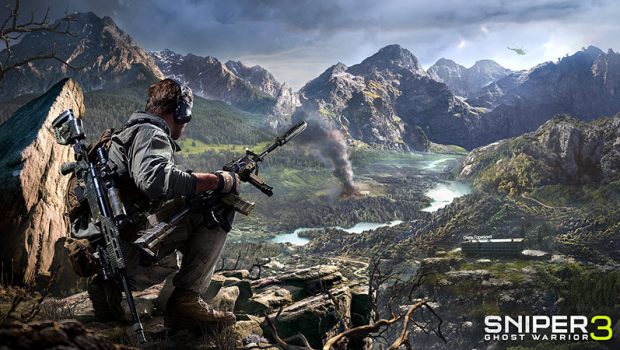 Sydney, Australia – January 18, 2017 — CI Games is proud to announce a special Sniper Ghost Warrior 3 open beta available worldwide for PC players on Steam. Beginning Jan. 17, players can register at http://sniperghostwarrior3.com/beta  to be given a chance to experience the beautiful open-world setting of the Republic of Georgia and get exclusive access to two single-player missions: Cut Off and Blockout. The Sniper Ghost Warrior 3 Beta will officially begin on February 3, 2017.

“We can’t wait for fans of the Sniper Ghost Warrior series to get an early taste of what’s to come when the game releases on April 4, 2017,” said Marek Tymiński, CEO of CI Games. “Since this is a technical test, we encourage everyone to give us feedback of their experiences in the Steam forums. We hope they enjoy what they play!”

Below are descriptions of the two missions available in the open beta:

The Separatists control a large antenna array, which lets them use satellites to track enemy movements and communicate with distant outposts. Jon needs to infiltrate this compound and manually reposition the dishes to intercept the satellite signal. Gaining access to enemy communications would give Jon and his team a tactical advantage over the enemy, as well as possible intel on his brother, Robert.

Jon’s cooperation with the local resistance, the Rotki Lions, gave him the location of one of the targets from his Most Wanted list – a list containing the names of war criminals that Jon can neutralize to bring justice to the people of Georgia. The target is Ivan Krustchev. He’s hiding out in an abandoned apartment complex, surrounded by his guards. How will you complete this mission? Will you use your sniper rifle from the opposite building, storm the outpost with your assault rifle, or sneak past the guards and quietly take out your target?