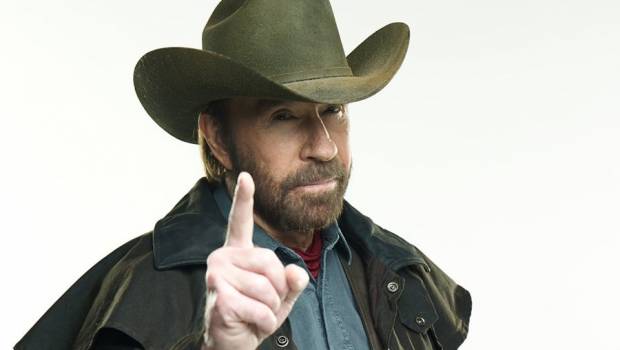 Death once had a near Chuck Norris experience, and now it’s Australia’s turn with the iconic actor and martial artist confirming for Supanova Comic Con & Gaming Sydney (15-17 June) and Perth (23-24 June).

The Walker, Texas Ranger star, who gained international fame as Bruce Lee’s epic combatant in The Way of the Dragon and also featured in the Missing In Action films, Delta Force, Code Of Silence, Expendables 2 and more, will make appearances on Sunday in Sydney and Saturday in Perth.

Perth fans have even more to celebrate as they prepare to welcome the former Man of Steel, Brandon Routh, who’s gone from being Superman on the big screen in Superman Returns to The Atom as part of DC’s ‘Arrowverse’ in Legends of Tomorrow, Arrow and The Flash. Brandon is Perth’s exclusive special guest after Arrow’s Stephen Amell was announced exclusively for Sydney. Meanwhile both sets of fans can get excited thanks to The Flash’s Carlos Valdes joining the Supa-Friends and his particular Vibe to the occasion. Sydney fans are getting a little extra loving too though with Doctor Who icon Frazer Hines, the Doctor’s companion Jamie McCrimmon during the ‘60s, set to materialise.

To round out the star-studded line-up are authors Maria Lewis (It Came From The Deep, Who’s Afraid?), Lynette Noni (The Medoran Chronicles, Whisper) and Alan Baxter (Alex Caine Series, The Balance Book 1 and 2) at both events, while James Lindsay and Marc Lindsay (Plato Wyngard) and Kate Forsyth (Bitter Greens) will visit Sydney exclusively with Bevan McGuinness (The Triumvirate trilogy) making the trip to Perth.

The new additions couldn’t have come at a better time for those wanting to map out their Supanova weekends, with Tokens and a range of exciting packages on sale now via Moshtix.

Unfortunately, the latest guest announcement comes with the news that, due to a conflicting professional commitment, the brilliant Rosario Dawson is no longer able to attend and Ian McDiarmid has similarly had to cancel due to a new theatrical role in London.

The newly announced talent will join other Supa-Stars such as Richard Dreyfuss (Jaws, Close Encounters Of The Third Kind), Kathleen Turner (Jessica Rabbit), Finn Jones (Iron Fist, A Game of Thrones) Troy Baker (The Last Of Us, Bioshock Infinite), Nolan North (Uncharted, Assassin’s Creed) and many more (who can be found at www.supanova.com.au/guests/) this June.