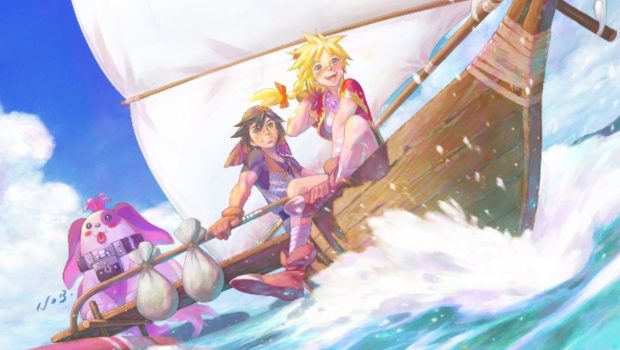 SQUARE ENIX® today announced CHRONO CROSS™: THE RADICAL DREAMERS EDITION, will be available digitally for the PlayStation®4 (PS4™) console, Nintendo Switch™, Xbox One and Steam® on April 7th, 2022. Players will embark on an epic adventure that transcends time and space, with refined illustrations from original character designer, Nobuteru Yuuki, remastered music from acclaimed composer, Yasunori Mitsuda, and a variety of additional features.

CHRONO CROSS, which was never before released in Europe, returns as a remaster in CHRONO CROSS: THE RADICAL DREAMERS EDITION. Follow the story of Serge, who stumbles into another world and learns of the connection between his existence and the future of his planet. A classic time-bending tale of adventure and friendship, featuring one of the largest and most diverse casts of playable characters of any RPG. With over 40 potential party members, each character brings their own element affinity and unique skills. Additionally, “RADICAL DREAMERS  – Le Trésor Interdit -“, a text-based adventure video game released for Sattelaview in 1996, which forms the bedrock of the story, is also included in this edition.

Players can look forward to some exciting new features, such as:

*The 3D models, illustrations, font and background filter cannot be toggled separately. They will all be switched together.