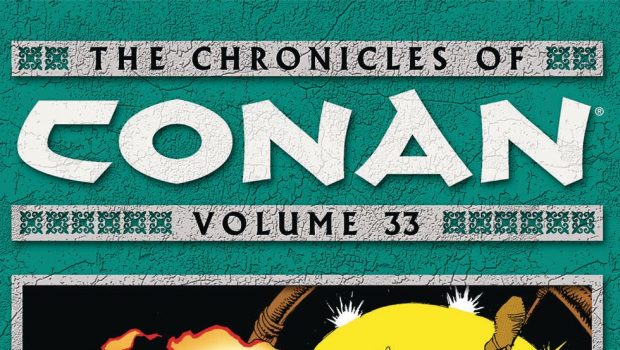 The Chronicles of Conan Volume 33: The Mountain Where Crom Dwells and Other Stories Comic Review

The Chronicles of Conan Volume 33: The Mountain Where Crom Dwells and Other Stories Comic Review Chris O'Connor
Story
Writing
Artwork

Summary: Facing some of his greatest foes, Conan stares fear in the face and does what he does best.

It wasn’t until reading this collection of Conan stories that I understood the origin of the thief in the movie Conan the Destroyer. Malak (played by Tracey Walter) seemed a bit on the nose when I rewatched arguably the campest of the two movies. If you listen to the commentary track you also get the impression he is rather keen on himself… but it turns out he was really just channeling Hobb, the comic relief of the written version. Hobb is one of those characters that seems to survive (and sometimes even thrive) despite themselves… I do prefer the comic version to Walter’s though. 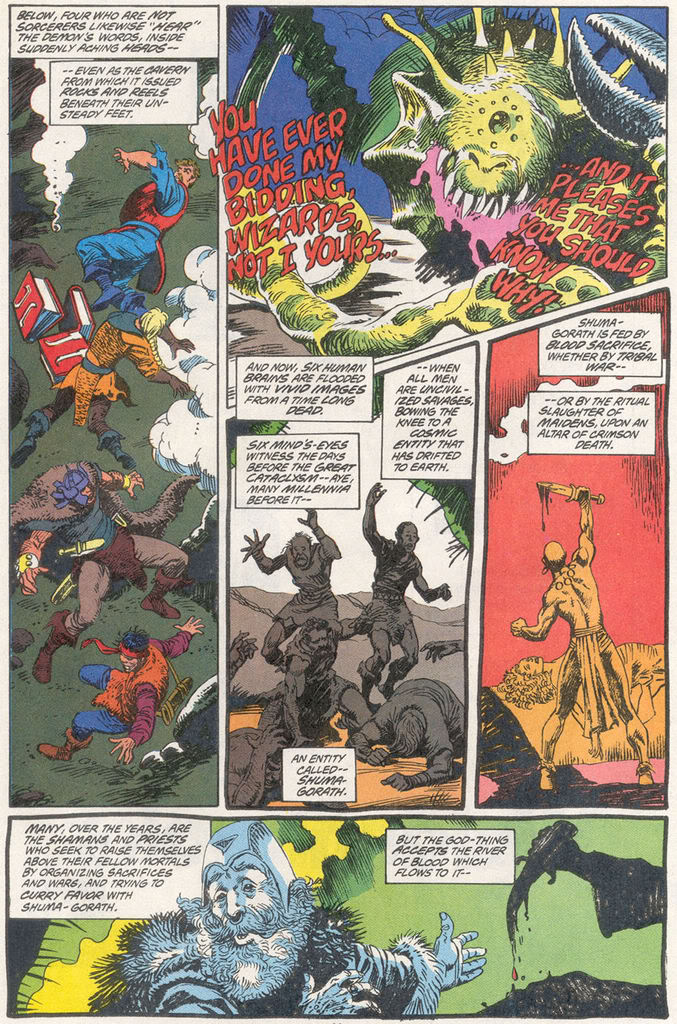 One of my favourite parts of this telling of Conan’s tales (or more correctly one of these tellings as there are a few stories in here), is the acknowledgement that Conan himself would rather not have to go up against some of the foes he finds himself facing. But he knows if he doesn’t there is no one else who will. Conan shows the true definition of bravery… feeling the fear but pushing through it to do what needs to be done. It’s a small moment but it does a lot to humanize a character who is otherwise very much larger than life and when it can be done in such a subtle way, it doesn’t get in the way of the story telling but in fact enhances it. 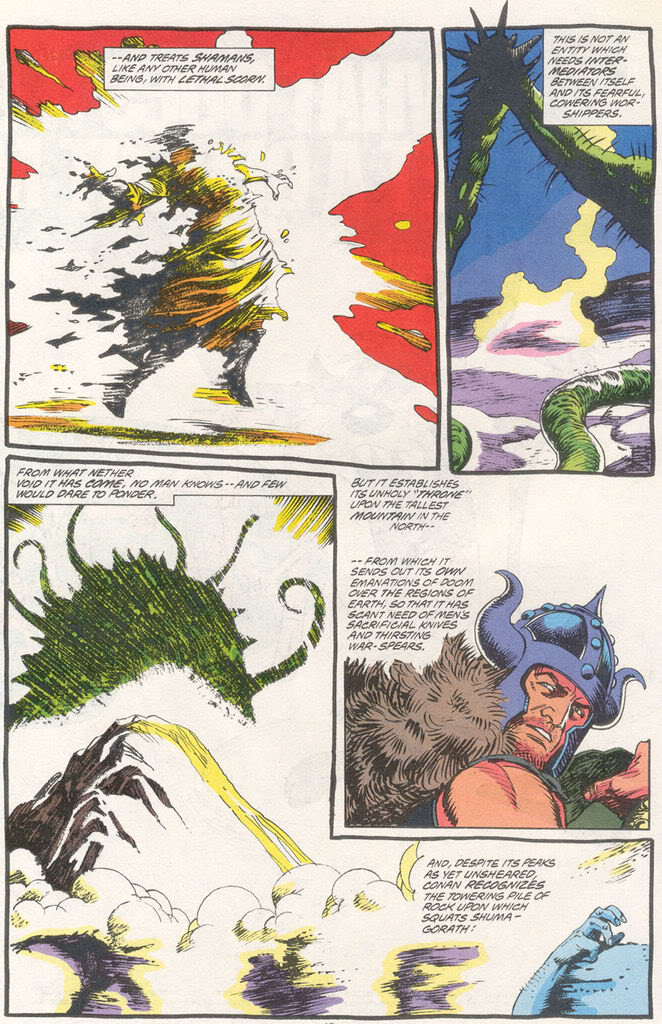 The artwork is arguably quite simple (which is not to take anything away from it… I have no talent so it’s far better than I’m capable of)… but I think it is drawing on the classic era comics art. The figures are all singular colours (ie no colour shading) and devoid of much detail. The drawback is scenes can look a bit simple or empty of “life” but the benefit is it avoids any distractions… the eye is kept purely on the action of the scene and in Conan action is never missing for long. The other main feature is the use of hatching shading. Again the impact here is to take the reader back to the classic era of comics. 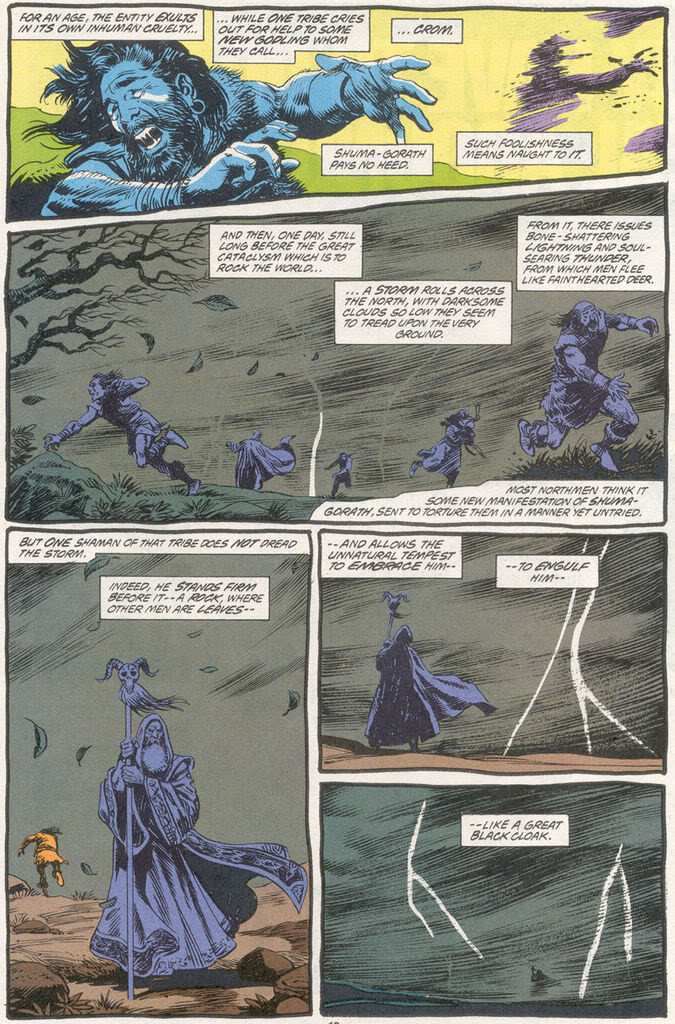 I am yet to be disappointed by a Conan story and here there area  few to chose from. Seeing our Barbarian hero face giant magical monsters and mere mortals alike is always an action fueled read and a great way to pass the time.