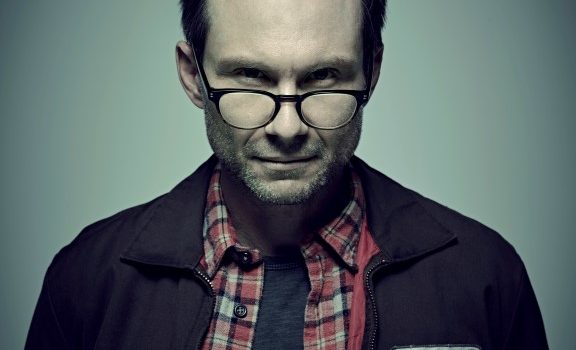 You got to experience the trajectory of a show from unknown to a cult phenomenon. What was that like for you?

It was great.  We shot the show and when you get involved with something you never know how people are going to respond or what the reaction is going to be. And then we screened it at the South by Southwest Film Festival and that was the first time that we ever had shown it or I had ever seen it.  So that was with an audience and then it won the Audience Award there. Then we screened it at the Tribeca Film Festival and it was the first TV show to ever screen there. So it was very unusual.  And then the momentum just kept going and it was exciting.  I was so happy for Sam Esmail (Director/Writer/Creator) and happy for Rami Malek (Elliot) and it’s just doesn’t usually happen. It’s very unusual and very unique.  So I was just thrilled to be a part of it. 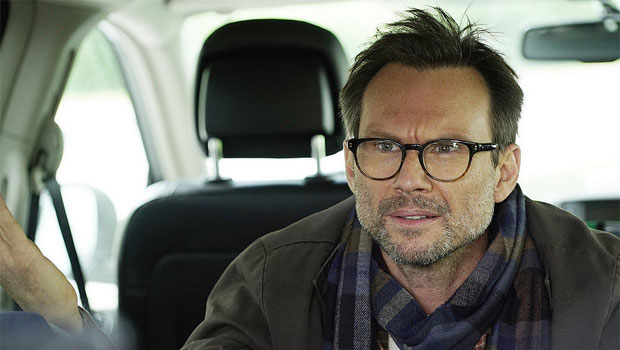 What was the draw of Mr. Robot for you when you first got involved?

The first season, it was run more like a normal show, other than the fact that Sam Esmail is one of the most prepared guys I had ever come across in my life.  But we would shoot an episode every week and work on that particular episode and do a read through once a week. Those were fun experiences because nobody really knew what the story was and so you would sit there in those read-throughs and see people’s mouths drop and it would be a shock. This season, Sam took a month off after the first season, and then sat in a room with the writers for like five months and just wrote out the whole season.  So when we came back, we were given a phone book sized script and that was very unusual.  And then we sat down over the course of two days and everybody in the show read through the season so we were all on the same page. And then Sam is directing every episode which is really the only way that it possibly could have worked because we are doing pieces from episodes each week. We will come in on Monday and shoot a scene from Episode 203 and then 207 and 208, so it’s sort of all over the map.  And having Sam there to guide us and keep us on track and remind us where we came from and where we are going is vital. 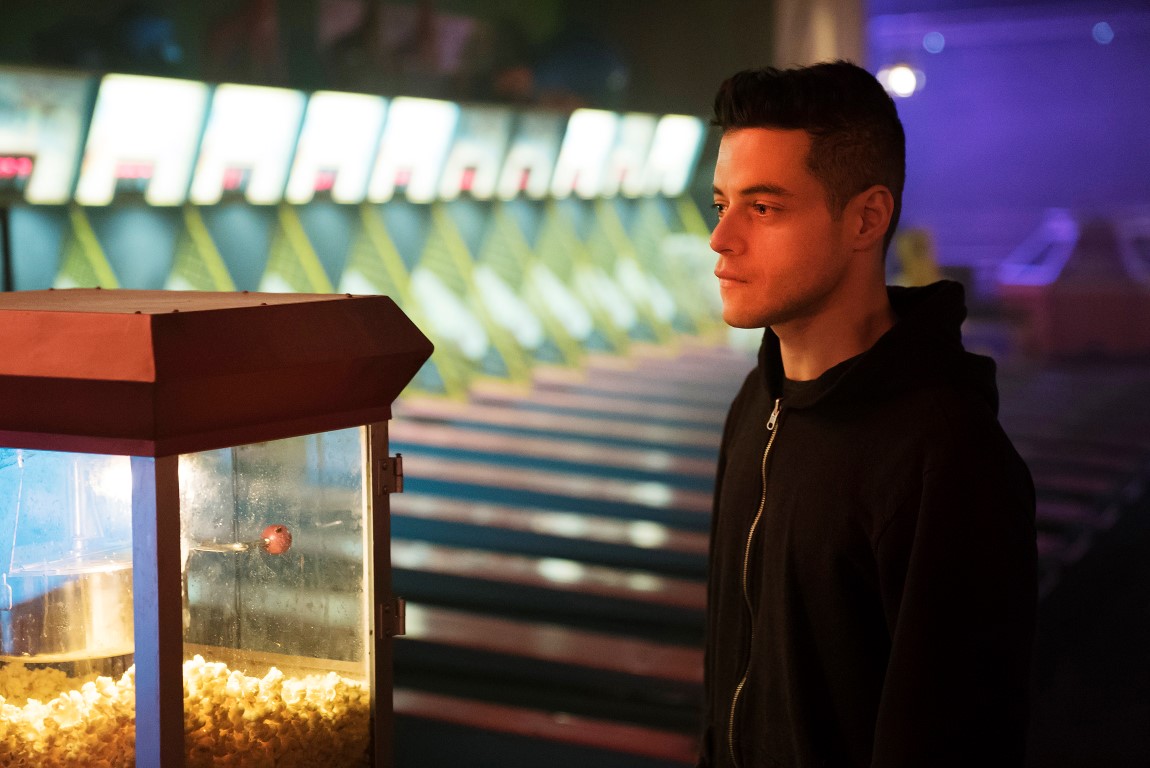 When you have a book of a whole season, does that help you prepare more? 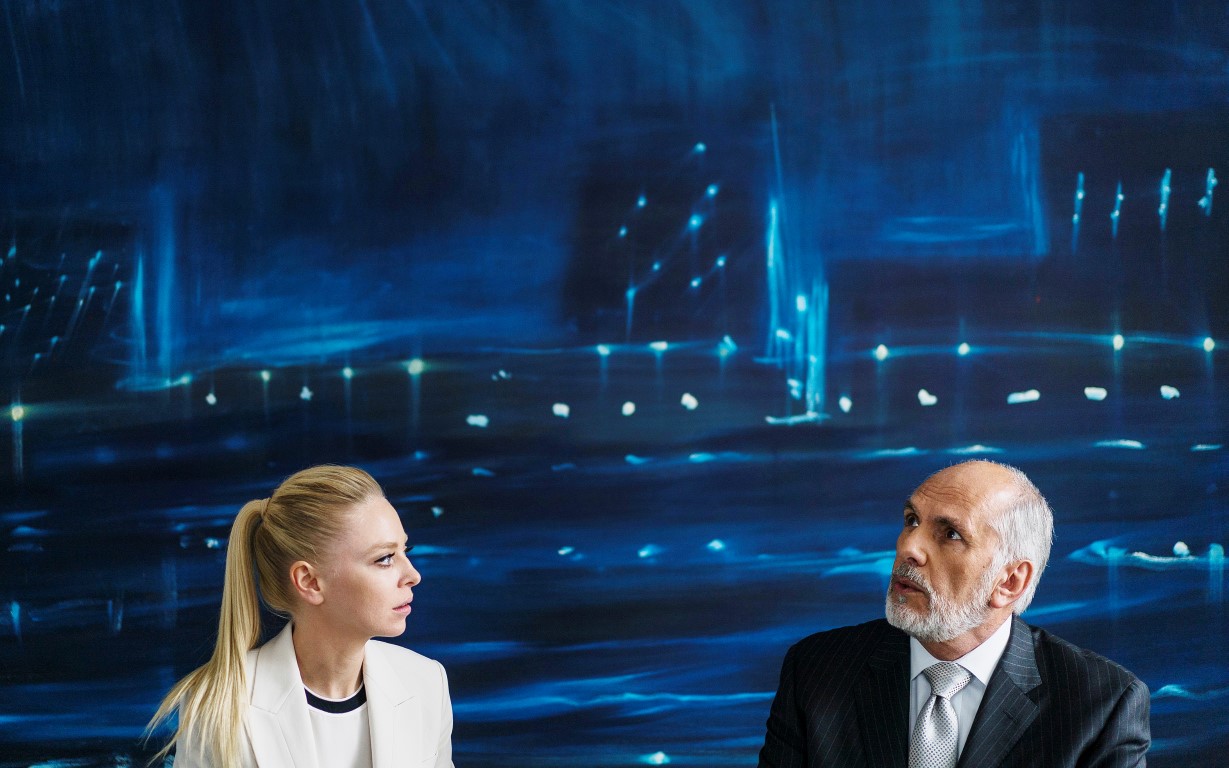 Did you know from the beginning who your character Mr. Robot was to Elliot (Rami Malek)?

When I read the script for the Pilot I had an instinct that something that was up. I did have a question about it and I remember looking at Sam Esmail, it was our first meeting, and I asked him. He said “do you really want to know?”  And I said yes and he let me have all the information I wanted. He was very open and explanatory and creative and I remember getting very excited that that was the direction he was going with it. I just remember that I thought it was going to be unique and out of the box type thinking, so that thrilled me.  And he has been that way again on this next season. After sitting down with the writers and going through what the journey was and what the arc is, he called each of us up and talks to us for about an hour and a half and just gave us the line of what our characters are going to be going through and what is going to be happening.  So it couldn’t be more helpful.  It’s vital. 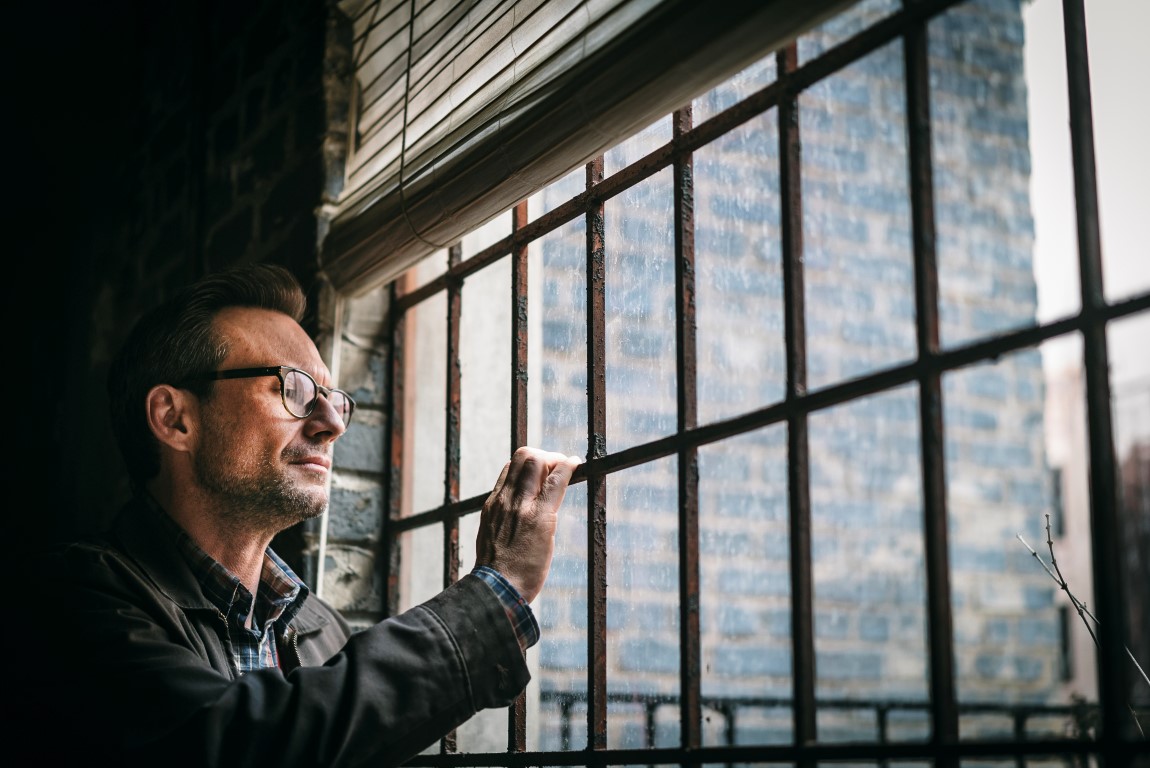 How does your performance change in Series Two because we know Mr. Robot’s secret?

I have had a lot of people ask me that now that the proverbial cat is out of the bag. Where does my character go and how does he develop and these are all of course challenging questions for Sam Esmail.  He is creating it and it’s coming out of his and the writers’ minds and I think it’s going to be an experience for the audience.  When I had the opportunity of hearing first-hand what the journey was and what the arc is going to be I had several reactions; all over the map, indescribable.  So I am just excited for audiences to have that opportunity as well.  I want them to have that same initial reaction that I had. 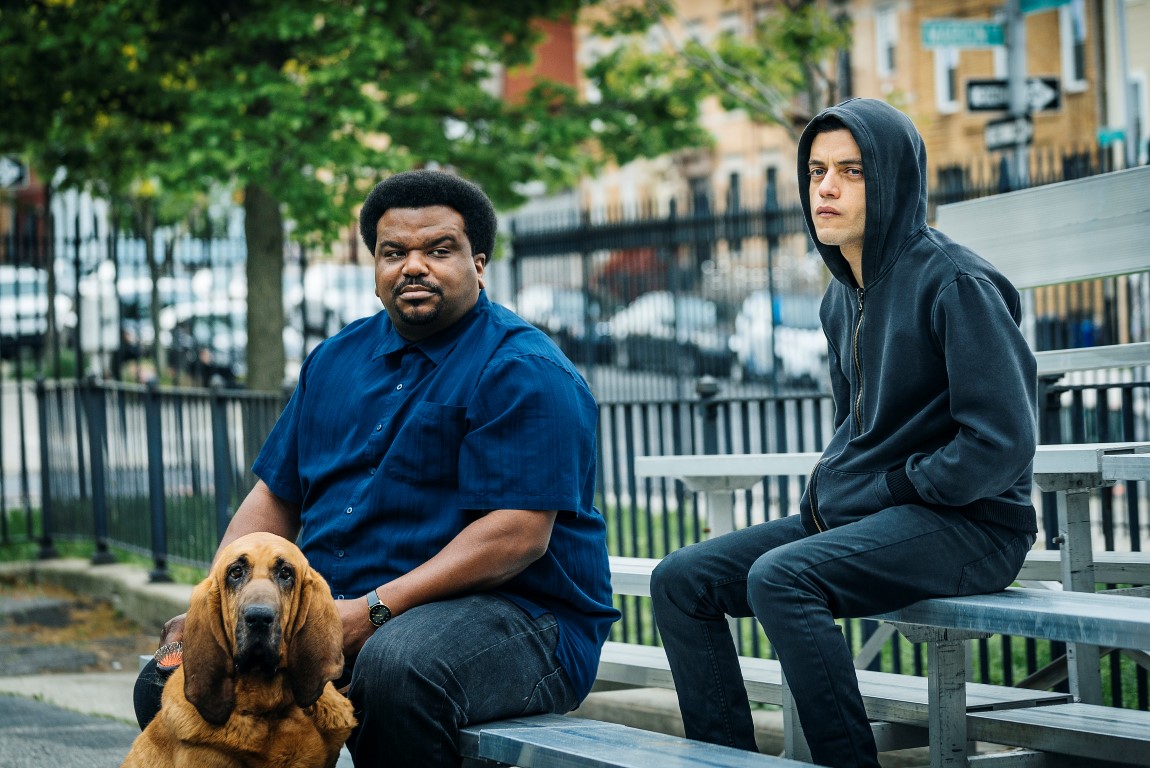 Is there room for Mr. Robot to expand his interaction with other characters other than Elliot?

Well I mean one of the great things I think that Sam Esmail has done is look back at who Elliot’s father really is and that gives me a great opportunity to interact with other people. When we do the flashbacks and we look back at the history, like doing the scene at the Mr. Robot Shop and working with young Elliot, it really helped. First of all it helped to have Sam there to remind me that at that particular moment, I am not playing Mr. Robot with the swagger and the sway.  This is not an imaginary confident omnipresent type character. This is a human being, this is a guy who is vulnerable; he is nervous, shy, clumsy and he gets scared. So it was fun to play the other side of that coin.  Not the imagined version of who ideally he would like his father to be, but the real human person.  So those will be some interesting avenues to explore. 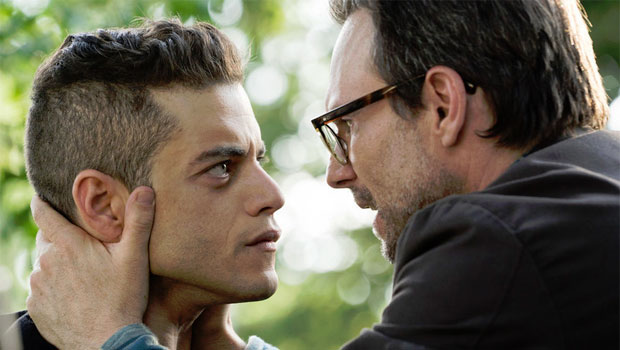 When you get to play against Rami Malek (Elliot) how do you guys feed off each other?  Can you describe the process of working with him?

I just like Rami Malek.  From day one, it was sort of a perfect scene to sort of set the tone of our relationship, going to Coney Island and working on the Ferris Wheel on the first day. We spent eight hours in a cage together.  So we couldn’t help to get to know each other, and also laugh at the insanity of what we were doing. So he and I were both on the same page in a lot of respects. We were just starting this journey so we were both very curious about where it was going to go and what was going to happen with those characters.  So it’s hard to really describe what it’s like other than I just enjoy watching him.  Certainly watching the series and observing his performance, I can’t help but be drawn in by it and there’s something very mesmerizing about him and what he brings to the character of Elliot.  And now that we have done the show and we have also got the opportunity to travel around together and take some trips we are having a great, great adventure. 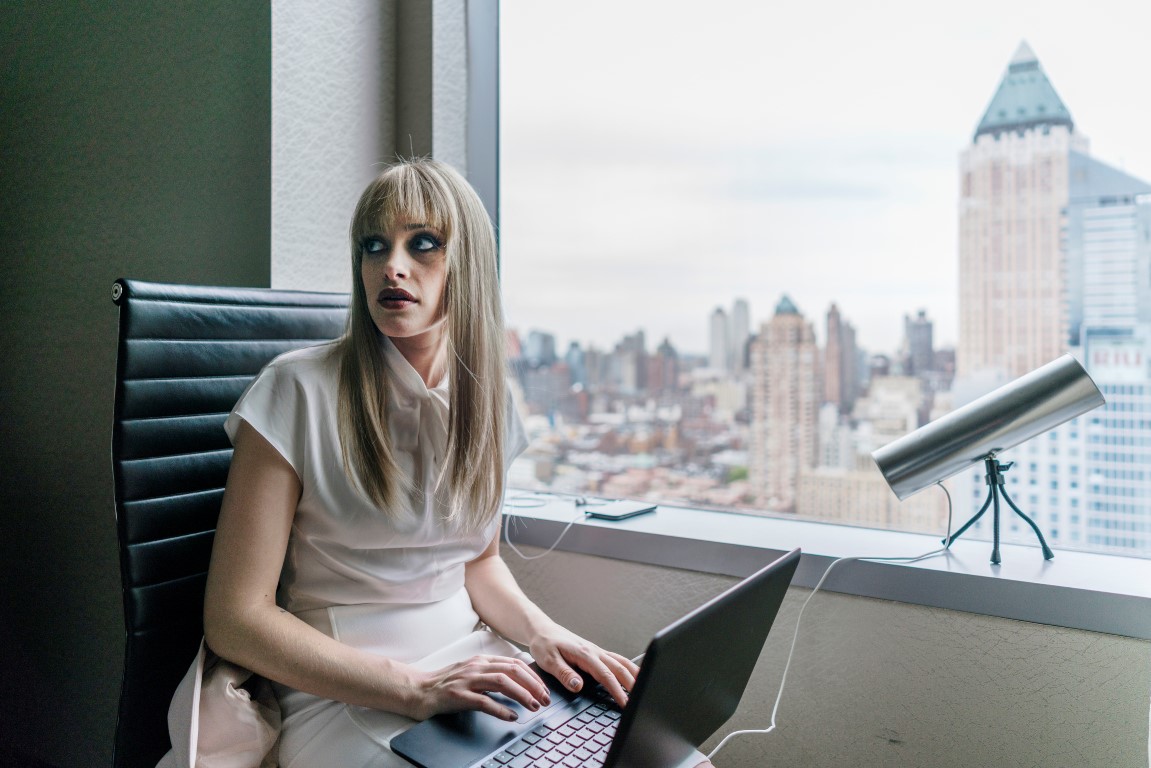 What do you think Sam Esmail is trying to talk about with this show?

He’s talking about a lot. He is talking about this dystopian universe to raise our levels of awareness about dangers that are out there that we more than likely would be completely unaware of. Before I got involved with this show, I never thought about a lot of these things; online security, credit checks, updating your passwords. The internet is wonderfully powerful tool but it can be corrupted and manipulated and made to be something very deadly and dangerous.  So I think the more awareness and attention we bring to that is good. But again, as much as it is a show about technical issues, it’s a show about human beings and interaction and that social disconnectedness that we all feel. Questioning if the internet is really good and are we isolating ourselves too much, building our online profiles too much and not interacting with each other enough? So I think it’s just stirring up all of those questions within ourselves. 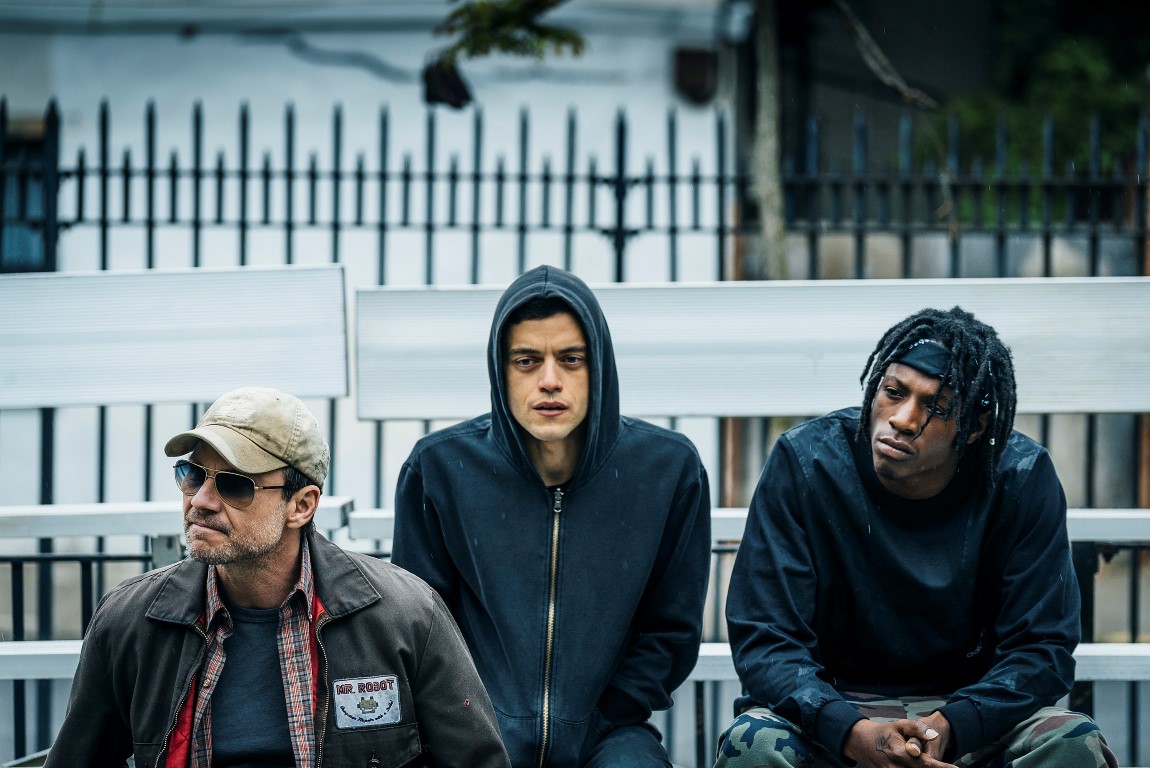 When you were younger, you were in a lot of films that celebrated the underdog and questioned authority. Do you think that one of the reasons Sam Esmail wanted you to be part of this show?

Yeah look, those were movies that I loved and were certainly thrilled to be a part of at that time and telling those stories were unique.  A movie like Pump Up the Volume (1990); I had a guy come up to me a couple of months back and just tell me how that movie helped him get through some difficult moments at high school.  He was gay and the scene that I have with the young man on the phone, when he calls in and is frustrated about being bullied, here was a young man with a ham radio station in the early 90s talking to people and not judging them.  Maybe judging the bullies, but not judging a person’s choice; just judging the judgment of others.  That is what sometimes is most frustrating in society; that insane judgment we have about what other people are doing. 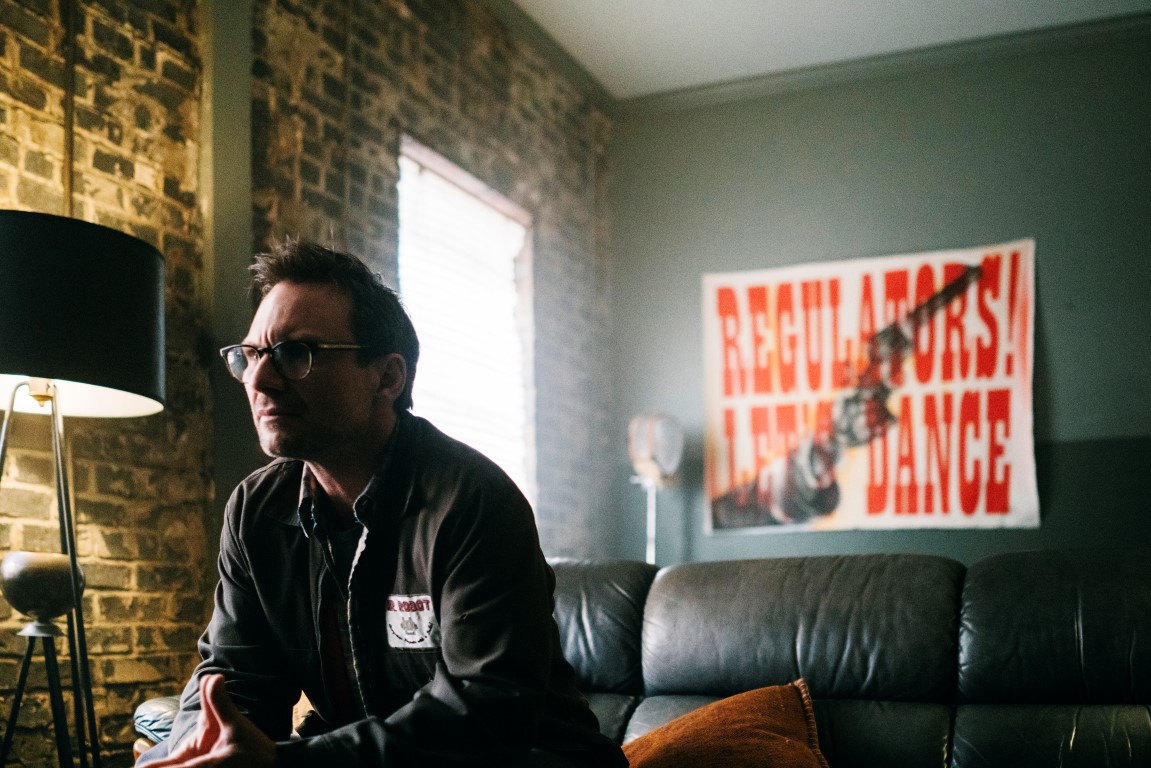 My sense is that Sam Esmail has a great deal of respect for women.  We have female writers of course that are contributing a lot of information. I think Sam is most interested in doing everything that he possibly can to make the situations that women go through in the business world as authentic as possible. He is reflecting what is actually happening in reality through the characters of Darlene (Carly Chaikin) and Angela (Portia Doubleday). By the way, Darlene is just a badass. I love that character and I think it’s going to be exciting to explore her journey and see where it goes. 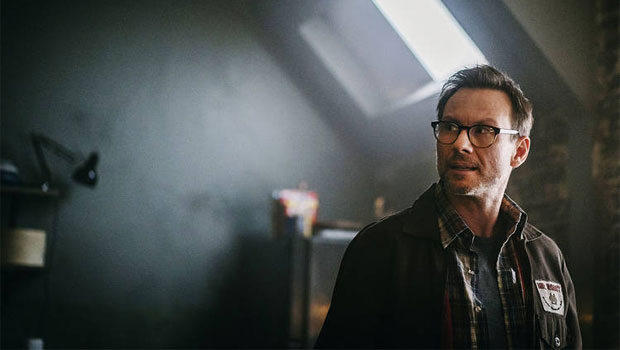 What is it like to work with Sam Esmail who visualizes everything in such a perfect way than other filmmakers you have had an experience with?

It’s extraordinary.  It is, because it’s so unusual.  I mean it’s so easy to fall into stereotypical patterns and it’s very easy to fall into that and it could be considered traps. But what Sam has done and is in the process of doing is creating a particular style and particular look for the show which is extraordinary.  For example the cameraman will set up a particular angle and Sam will say “no, that’s not the show that we are doing.  We are doing something else”.  He is one of the most specific detail-oriented human beings that I think you will ever come across. 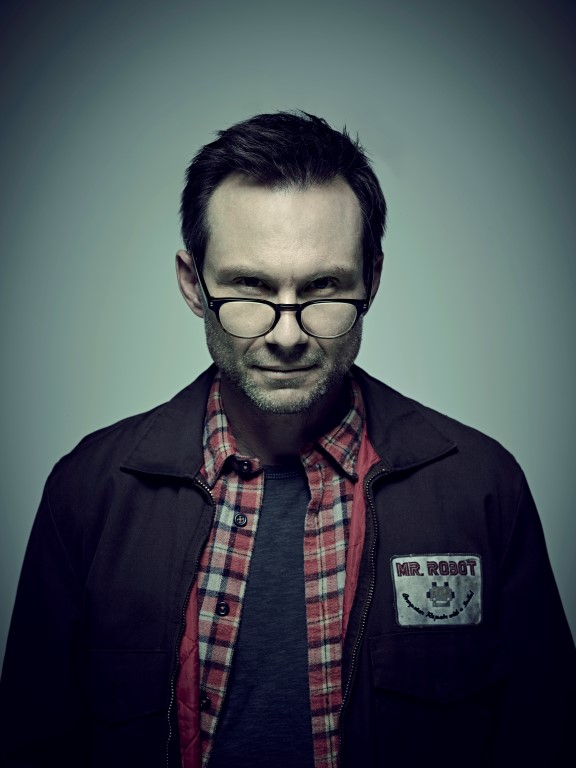 Mr Robot Season 2 is out on DVD March 1