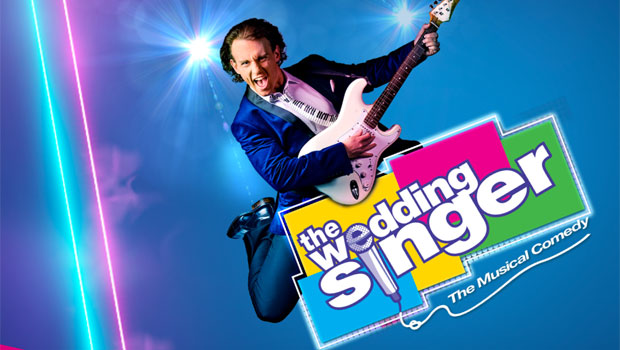 We catch-up Christian Charisiou, one of the stars of The Wedding Singer the Musical Comedy which is currently playing in Melbourne!

Tell us a little about your character in The Wedding Singer the Musical Comedy?

Sure! I play Robbie Hart, the number one Wedding Singer in all of New Jersey and the champion of love! He is a sensitive rocker (with some smart-arse qualities) and at the beginning is head over heels in love with his fiance Linda, who dumps him at the altar. After an intense breakdown, Julia comes into his life to pull him from the depths and after a fateful kiss, Robbie spends the rest of the show attempting to discover who he is again while doing everything he can to win Julia over (even pushing her away!).

Do you think there’s a little bit of Robbie Hart in all of us?

Absolutely! Robbie is a man who just wants to find that “endless love” – someone to love him back as equally as he will love them, and I think we all have that yearning at some point in our lives! 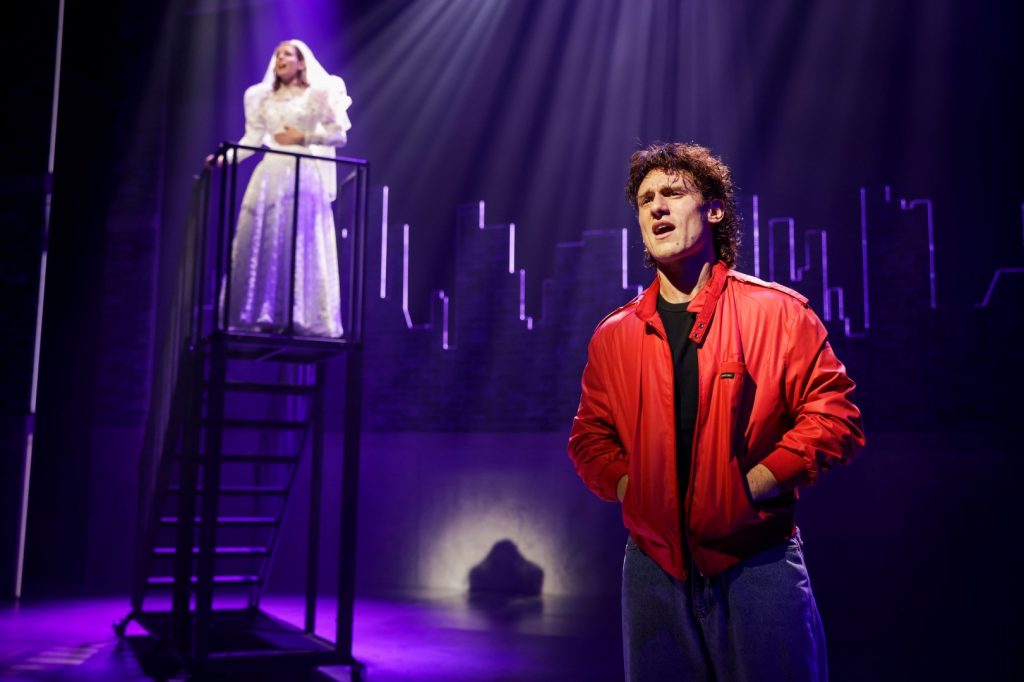 When thinking about the blockbuster film and the musical, what do you feel translated the best to the stage?

I think the love story between Julia and Robbie has translated the best as well as the humour. The musical is a laugh a minute and really sustains and elevates the “ships in the night” quality of Julia and Robbie’s journey culminating beautifully to that final moment where Robbie wins Julia over with the song he wrote for her.

Can you walk us through the rehearsal process a little?

We had a three and a half week rehearsal period here in Melbourne, and to put it simply we worked our butts off! Most of us came in knowing a lot of the material (I had to sharpen up my guitar skills) so we could hit the ground running straight away. When you see the show, our ensemble are dancing in most songs to the incredible choreography of Michael Ralph so we were split most days.  The ensemble would learn choreography in one room and the leads would work on songs and scenes with our brilliant Director Alister Smith and Musical Director Daniel Puckey. Then we would come and put it all together, run sections, learn choreography of our own and every other day the rooms would be reversed. It was a massive group effort and I was well and truly exhausted most days. 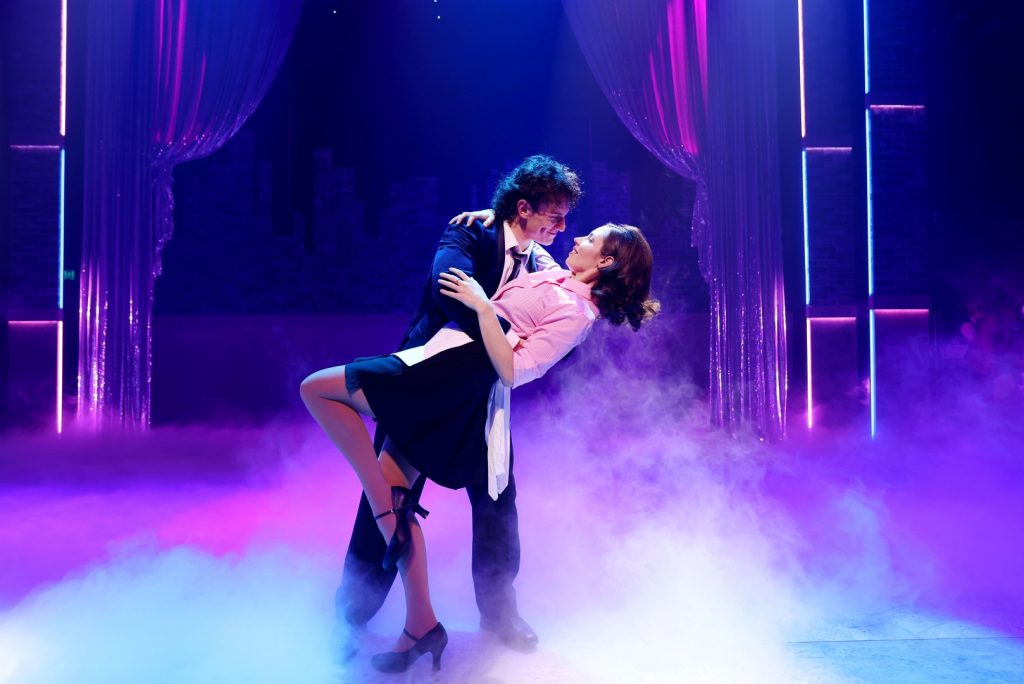 What’s your favourite song in the musical and why?

I love singing “Somebody Kill Me Please” because no matter how meek an audience might be, whenever I sing that first line, a buzz ripples through the room because they know what they are in for and just strap on in for the laughs.

Without spoiling the musical interpretation of The Wedding the Singer, is there anything we should be looking for during the show?

Oh, that’s a good question, there is a lot to look out for. I think I would say, when Robbie hops that flight in the second act, see if you can pick who each of the Ensemble are dressed as…I will not say aaaany more than that, haha.

The 80’s had this magical gaudiness to it, what did you love the most about the costumes in the musical?

The boldness of the costumes has to be the thing that struck me most. The 80s was really a time (especially in America) where self expression was let of the leash, so hair was big, colours exploded, the shoulder pads popped and we hit allll those notes in the show.

What’s the funniest thing that has happened on stage so far?

The funniest thing to happen on stage so far is when myself and a cast member are Flaring at the bar during one of the numbers and both of us lost control of our props and they went flying across the stage…lucky Robbie was meant to be drunk at that point haha. 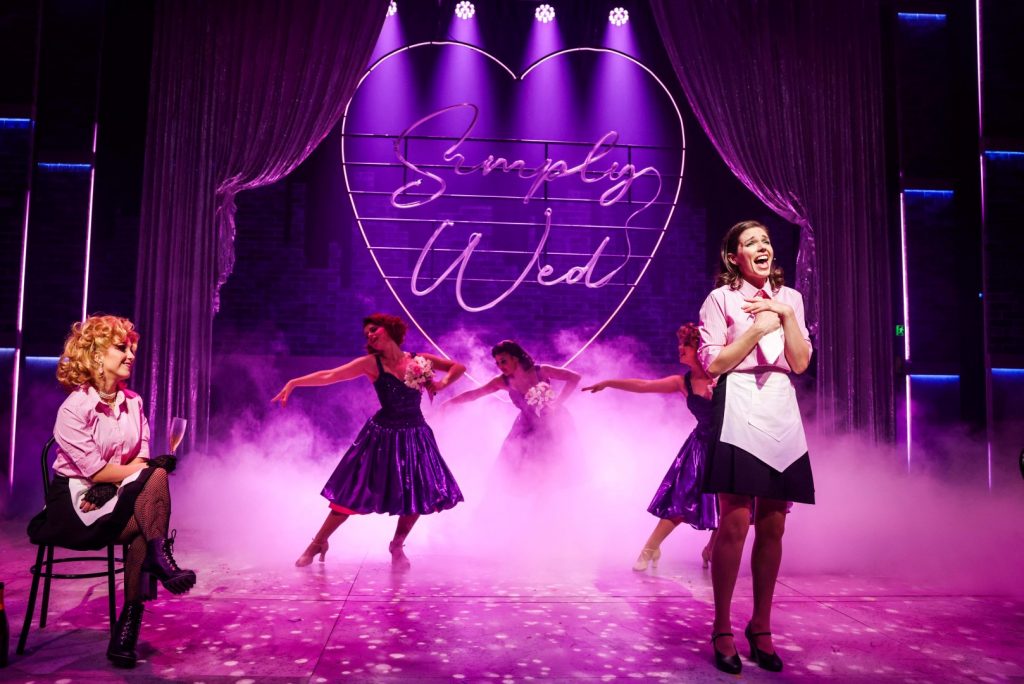 Lastly, what are you most looking forward to performing in Melbourne?

As in which number from the show? I would say, Saturday Night In the City because it closes act two and it’s a huge song and big energy. In terms of what I’m looking forward to the most performing for Melbourne it has to be the audiences! They have been electric since we opened and it’s an absolute pleasure and a privilege to perform for everyone post 2020.