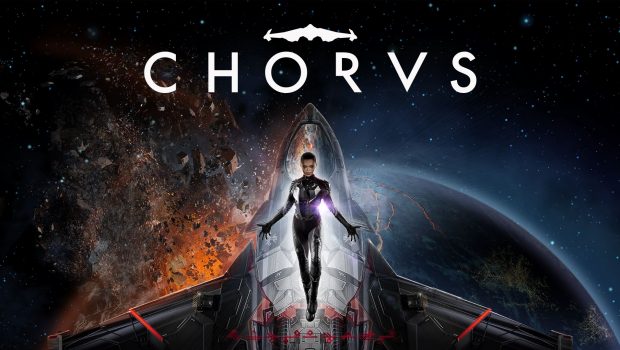 Summary: In the end, Chorus provided a great experience overall. While a few kinks need working out, the amount of entertainment I got from it greatly surpassed my expectations and will surely satisfy fans of the genre.

Chorus is developer Fishlabs and Deep Silver’s latest mystical space combat and exploration game with a heavy emphasis on character depth. The game follows Nara, a Scavenger Pilot who’s well-versed in the art of flight combat, with a fascinating past. Nara is a telekinetic ex-Commander for a villainous pseudo-religious group known as The Circle. After a very traumatizing event leading her to participate in the destruction of a planet, she understandably leaves The Circle hoping for a better life. She later joins The Enclave, a more friendly and operational group, performing tasks, defeating pirates, and helping her fellow man. That is until The Circle returns yet again to threaten the life she now lives. So it’s up to Nora to return to her old ways and her sentient Starfighter named “Forsaken ” or “Forsa” and reclaim her old powers to put a stop to the villainous group.

Chorus is by far one of the most interesting games I’ve played this year. While it’s not usually the type of game I’m drawn towards, I couldn’t help but be intrigued by its method of storytelling, the execution of its gameplay, and the overall world-building.

The most integral part of a space shooter is obviously its vehicle control and shooting, so I’m happy to say that the developers did a good job executing these elements nicely. Controlling Forsa is almost effortless, mobility is swift, the shooting is weighty and impactful, and  perhaps most importantly, the camera isn’t a nightmare to handle while maneuvering your ship. Players can also upgrade said ship at any point in the game with enough credits. Such upgrades can range from hull upgrades, weapon upgrades, mods, as well as other attachments. Each upgrade is categorized into the typical RPG-like common, uncommon, rare, unique, legendary rarity types. They all perform their own function, and as expected, more are harder to come by than others. 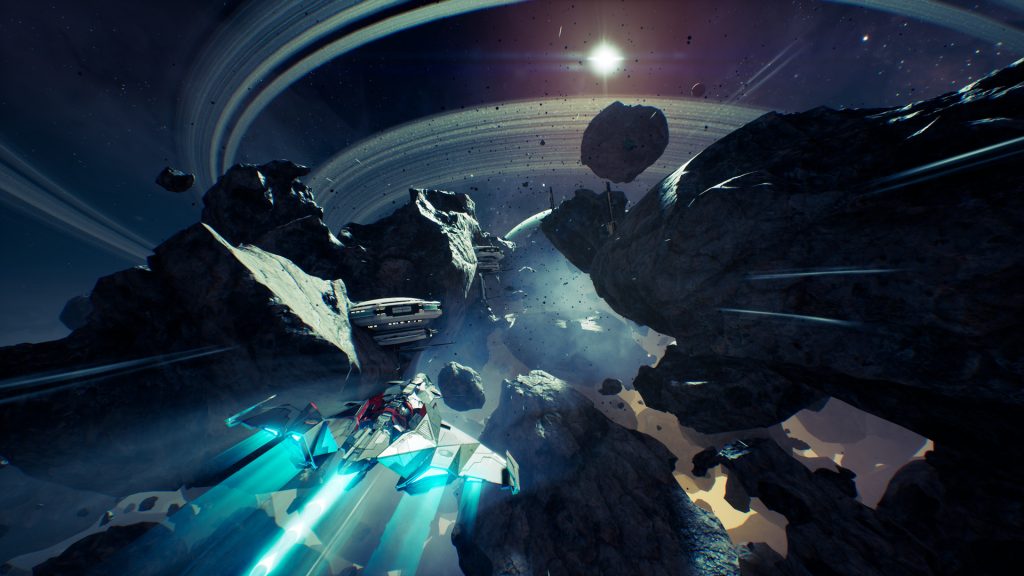 But because Chorus isn’t the typical jet fighter game, players will also have an arsenal of different powers known as “Rites”  to use against their foes. These powers include the “RIte of the Senses”, which grants Nara the ability to scan the area for items and objectives, the “Rite of the Hunt”, which allows Nara to teleport behind the enemy, and the “Drift Trance”, which melds Forsaken and Nora into one perfectly honed machine fit for precise movements in flight and combat. Each power serves a fundamental purpose in Chorus and using each is satisfying in their own way.

When players aren’t fully immersed in combat, they’ll be performing the many side quests available to them, which are structured in a way that doesn’t significantly separate them from the main story quests. This is because these missions can be done quickly and effortlessly, and one usually transitions smoothly into another, whether it’s racing a young would-be pilot, taking down an army of space pirates, or convincing a desperate mother not to sell stolen goods to appease The Circle. The side quests provide variety and are surprisingly more entertaining than a lot of side quests you see in games these days.

Another significant element of the game is the outstanding amount of detail given to the art design and environments, especially when blended with the impeccable sound design and an excellent soundtrack, which further solidifies the highly atmospheric nature of the game. I’d also like to applaud the Chorus’ map design as I found it easy to navigate and accurate to the in-game environments. 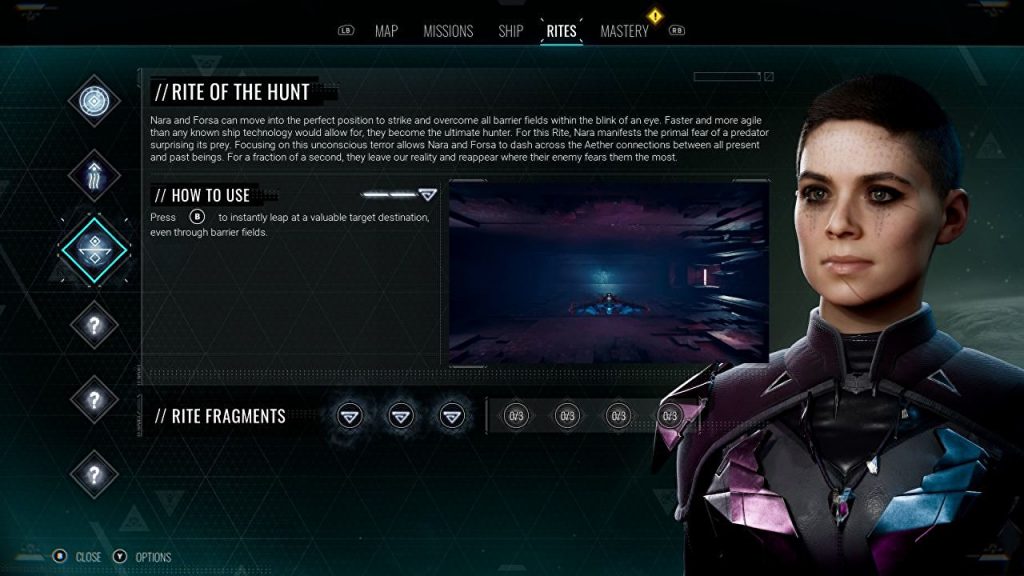 The voice acting is also impressive mainly because it’s the primary method of storytelling (which makes sense for a space combat game). While there are cut scenes here and there, the bulk of the story is told through the dialogue, and the game’s cast does a great job with the heavy lifting, especially Nara in her assertive yet emotionally dynamic voice.

However, while Chorus admittedly has a lot of well-crafted elements and mechanics, there are a few drawbacks in the game. The first and most jarring is the odd whispering Nara does when inner monologuing, which I found extremely strange and off-putting, especially at the start of the game. Perhaps more disappointing however, is that while there are many side quests, they eventually get repetitive once you’ve played enough of them, as they mainly consist of the same actions done in the same format. Lastly, there are also a few immersion-breaking bugs in the game. These bugs primarily affect the controls and are few and far between but are still very noticeable. 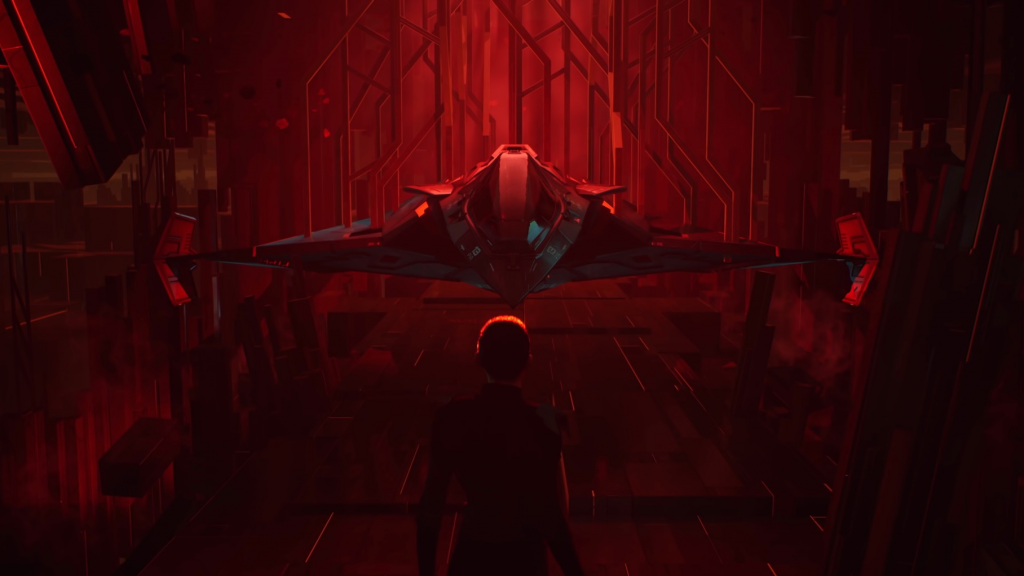 In the end, Chorus provided a great experience overall. While a few kinks need working out, the amount of entertainment I got from it greatly surpassed my expectations and will surely satisfy fans of the genre. 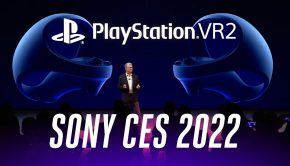