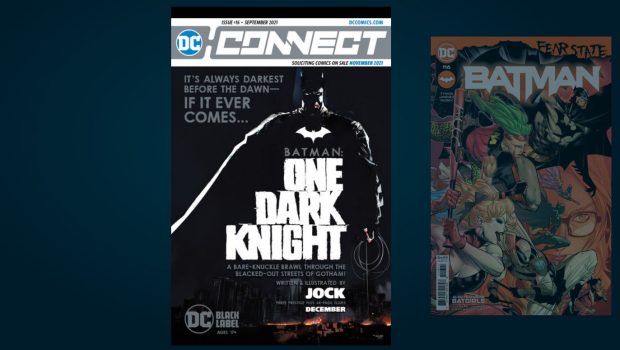 This November, there will be plenty for DC and super hero fans to be thankful for and DC CONNECT #16 has the 411 on what’s in store heading into the holiday season!

DC CONNECT is available now to download digitally on DC UNIVERSE INFINITE  and www.dccomics.com/dcconnect. The print version arrives in participating comic book stories on Tuesday, August 24, For the latest news on the World’s Greatest Super Heroes, check out the main page at www.dccomics.com or @DCComics and @thedcnation on social media.

The DC UNIVERSE INFINITE digital comic book subscription service is the destination for the “greatest hits” from across DC’s rich storytelling legacy; for more information and a free seven-day trial, check out the website at www.dcuniverseinfinite.com.