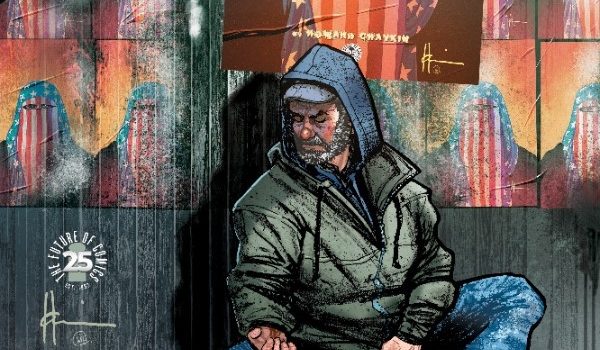 Image Comics is pleased to announce that Howard Chaykin (AMERICAN FLAGG!, SATELLITE SAM) has turned the industry on its head once again with his latest, THE DIVIDED STATES OF HYSTERIA. The first issue of this searing dystopian story will be rushed back to print to keep up with overwhelming demand.

“A fictional dystopia selling out in the midst of a real life slow motion societal collapse—how much more thrilled and grateful could I possibly be at this?” said Chaykin.

Eric Stephenson, Publisher at Image Comics added: “The history of comics isn’t exactly filled with political thrillers, but Howard Chaykin made his name in the ’80s with American Flagg!, and The Divided States of Hysteria is very much in the same mold. One of the things I’ve always admired about Howard’s work is his unflinching reluctance to pull any punches, and this series about a society, not on the verge, but in the midst of collapse is no different. If you’re looking for escapism, this probably isn’t the book for you, as its warts-and-all depiction of the modern world reveals it to be an ugly place, governed by hatred, fear, and intolerance. Rooted in the worst aspects of reality, this is indignant, rebellious fiction, designed to make readers both angry and uncomfortable, but more than that, it’s intended to provoke thought about how and why things have reached a state where the tools for progress—discourse, understanding, cooperation—are shunned in favor of treating anyone with an opposing viewpoint as an enemy combatant. If The Divided States of Hysteria prompts just a single productive conversation about the present state of our society, then it has succeeded in its goals and is a story worth sharing.”

In THE DIVIDED STATES OF HYSTERIA, an imminent terrorist attack threatens to destabilize an already deeply troubled America barely beginning to recover from a profound national trauma that has shattered the nation. 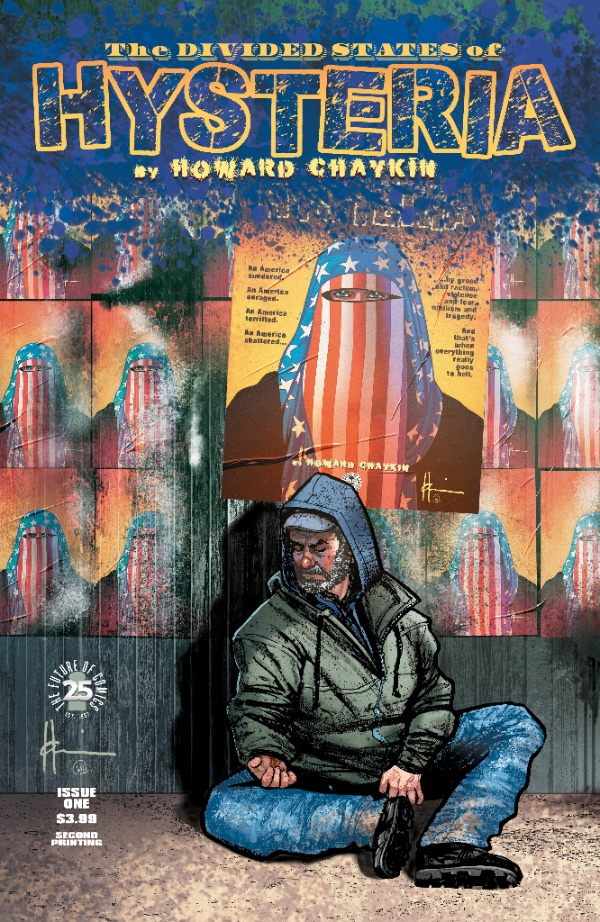