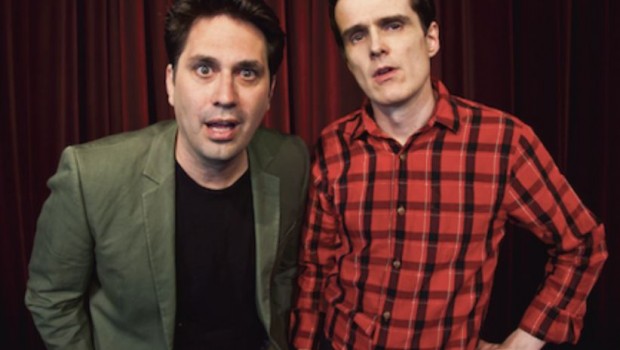 IN CONVERSATION WITH LIONEL CORN

The stars of The Chaser make their Melbourne International Comedy Festival debut with In Conversation With Lionel Corn, an unsparing send-up of every earnest celebrity Q&A event you’ve ever had to sit through.

Part-play, part-freewheeling pisstake, In Conversation With Lionel Corn will also feature cameos from special guest comedians each night, as well as opportunities for the audience to put their own questions – if they dare – to the infamous Mr Corn.

Taylor and Hansen are best known to Melbourne audiences for their legendary ABC television shows The Chaser’s War On Everything, CNNNN and The Hamster Wheel. Although In Conversation With Lionel Corn is their first-ever show at MICF, it marks their fourth collaboration as a duo – following their 2014 national tour of One Man Show, their hit musical comedy Dead Caesar for the Sydney Theatre Company, and their mockumentary radio series The Blow Parade for Triple J, which won the 2010 ARIA Award for Best Comedy Release.

Please note: even though Taylor and Hansen are both men, they insist that all media reviews of the show only refer to their looks and their clothes.

Here’s what the international press has already said about the show:

“If only the show had been a bit more British, elitist and casually racist, I would have offered them both knighthoods.” – Tony Abbott, Canberra Times