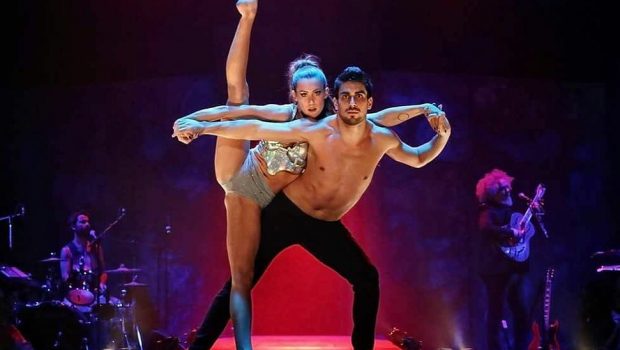 With the amazing circus show Limbo playing in Geelong Australia, we catch-up with two of their stars, Charlotte O’Sullivan and Nicolas Jelmoni who defy the laws of physics with their amazing artistic talents.

We met at the National Circus School in Montreal. 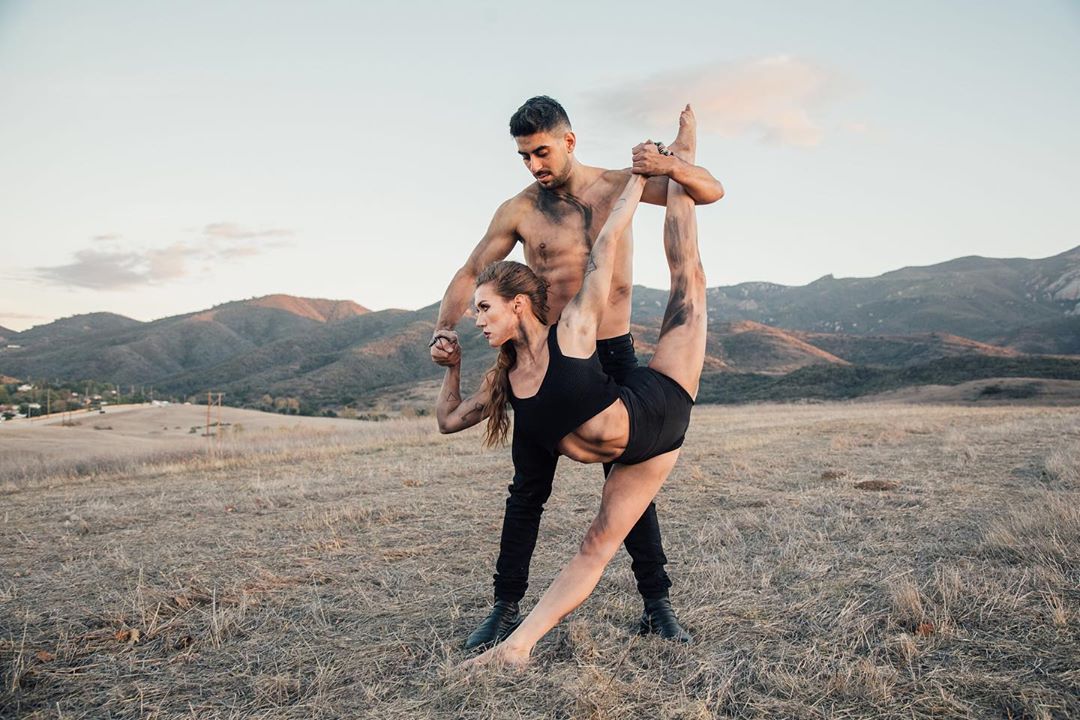 What drew you both to the circus arts?

We both have a gymnastics background but were both not that great at it. We always loved performing and being on stage which is what probably draw us to circus. 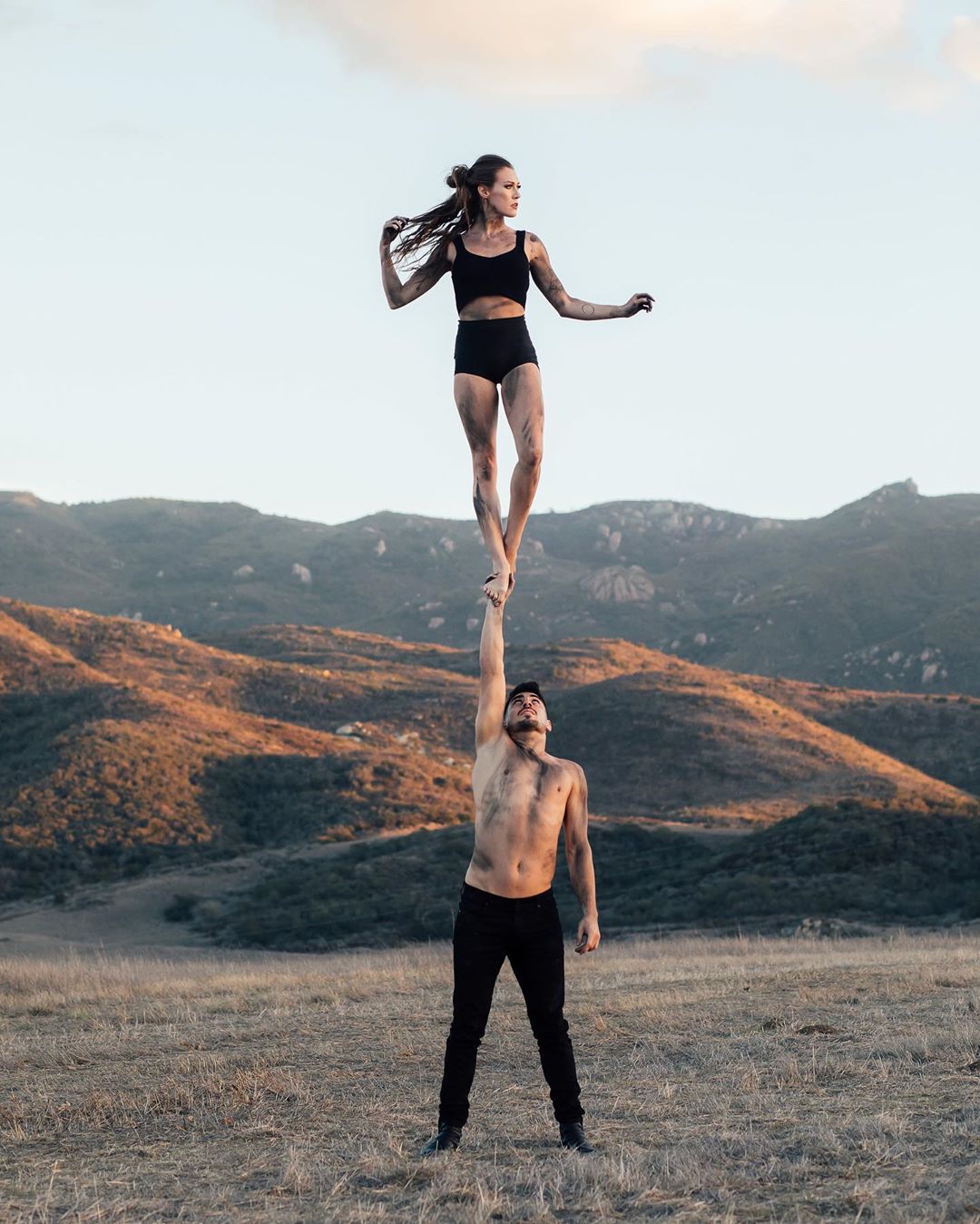 How did you become involve with Limbo?

We met the director of the show a few years ago in London on recommendations of friends that had already worked with him and told him about us.

Performing together what is the most challenging aspect?

Obviously there is a lot of trust that needs to happen between both of us during our act. We don’t think it is that challenging anymore because we’ve worked together for so long now but it’s definitely the most important aspect.

Charlotte… you perform an amazing acrobatic routine with your hair… I’m guessing that hair is like rope and the more strands you have, the stronger it is… but does it hurt?

By theory one human hair can hold up to 100 grams per strand so with all my hair combined and tied in a very specific way I could even possibly hold from 5600kg – 8400 kg. Of course it hurts, especially when I started it felt like pouring burning hot water on my head, but now after just a few months of training it’s only painful for the first few minutes and then it actually feels pretty cool. 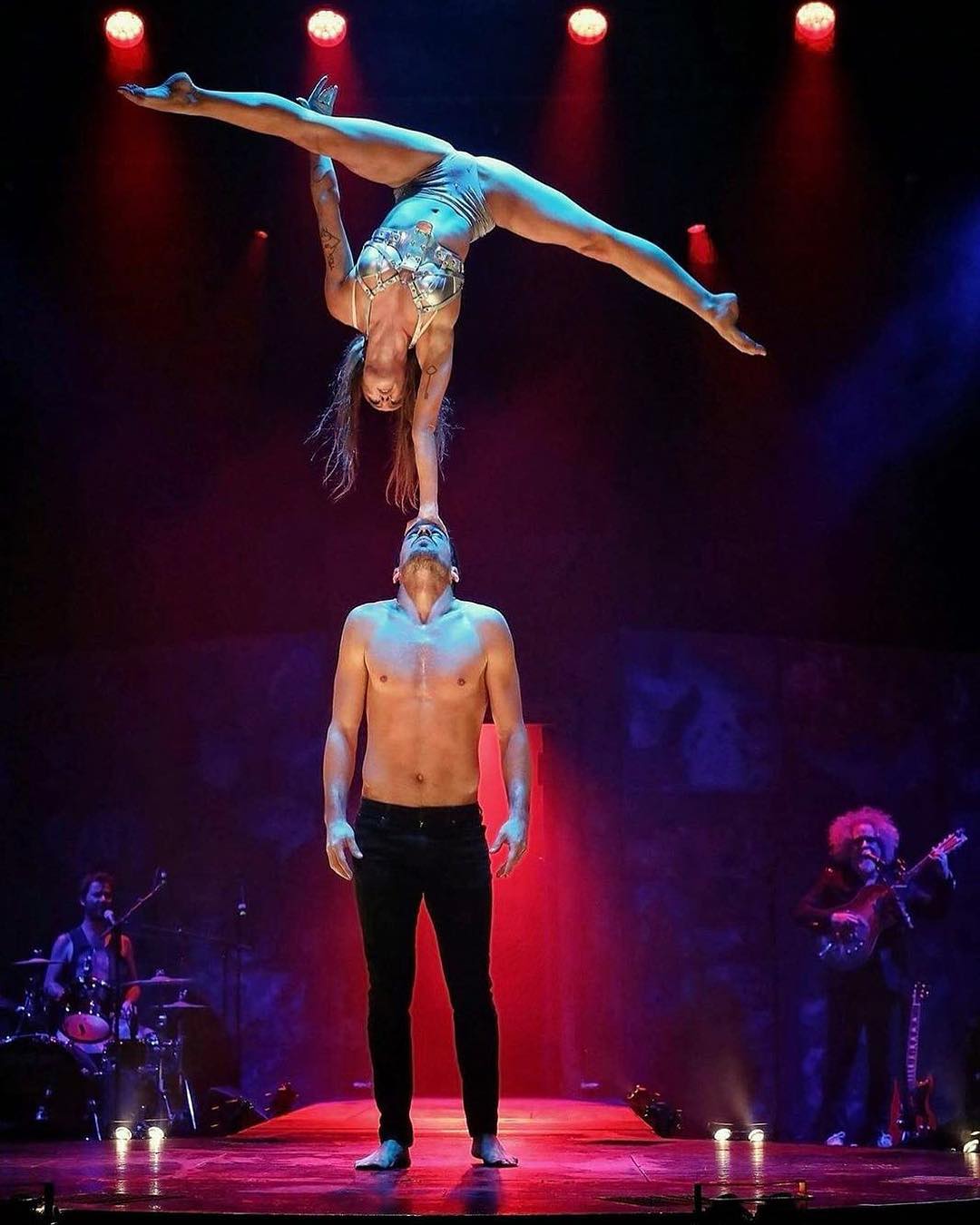 Nicolas, you and Charlotte do an amazing acrobatic number where you hold her and spin her, how do you train for something like this?

We went to circus school to learn most of our technical background. We try to train as often as possible also to keep our level and sometimes to create new routines and tricks.

Performing together, what’s the funniest thing that has happened?

One funny moment actually happened as we got the Golden Buzzer during the Semi-Finals of France Got Talent. We really tried to challenge ourselves by creating a new act in water. It was really hard and tricky performing on such a slippery surface but we thought it was worth the risk. The rehearsals went well but for the actual performance we didn’t do as well as we wanted to, we were a bit disappointed in ourselves and were dreading what the judges were going to say. Surprisingly they all had nothing but good things to say and next thing we know we were covered in golden confettis and sent straight to the finals !! 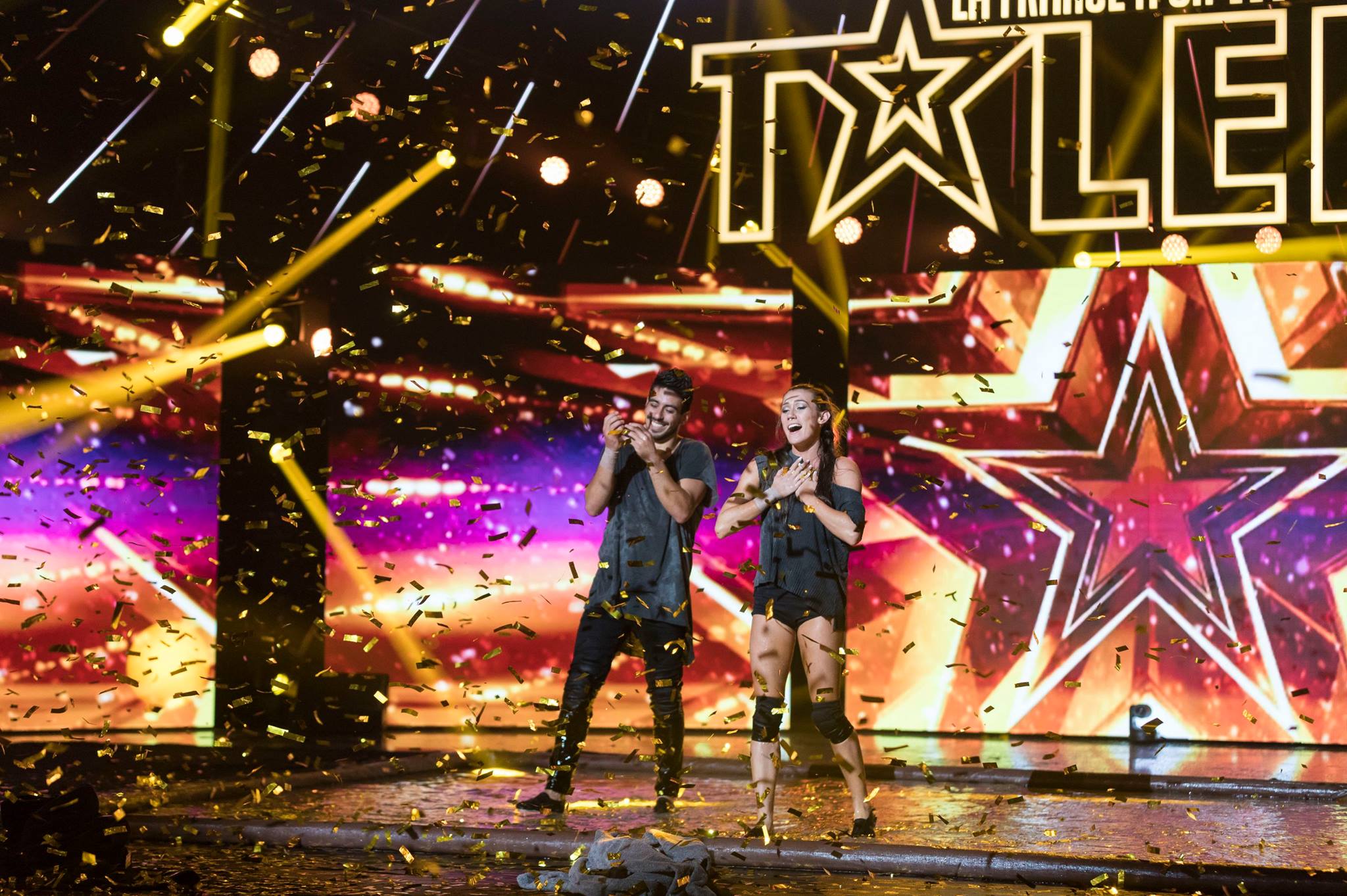 We don’t want to jinx you, any near misses?

We have obviously fell already a few times over the years but knock on wood nothing bad ever happened. Even though what we are doing is very dangerous we make sure we always perform it safely in a controlled way so that hopefully nothing ever bad should happen even if we haven’t gotten a perfect execution every time.

So what is the best part of performing?

We would both agree that it would be connecting with the audience and hopefully sometimes inspiring people and getting to travel the world.

Is there a worst?

It does sometime get hard being so far from our family and loved ones because of constantly being on the road. 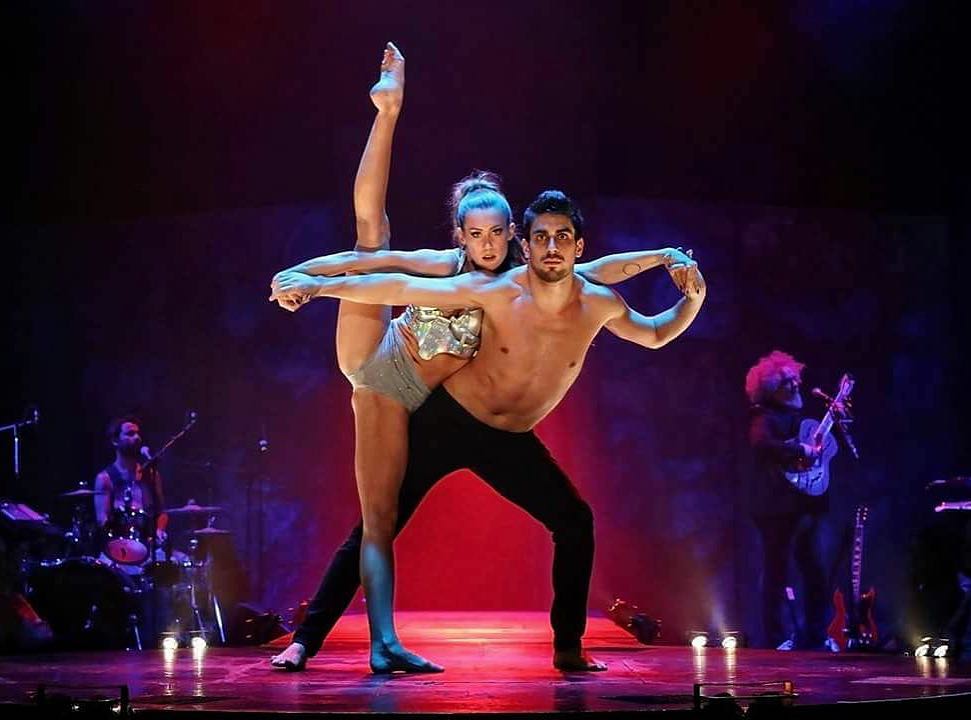 With Limbo, what is your favourite part of the show?

The proximity of the audience which gives us the opportunity to connect even more with them. 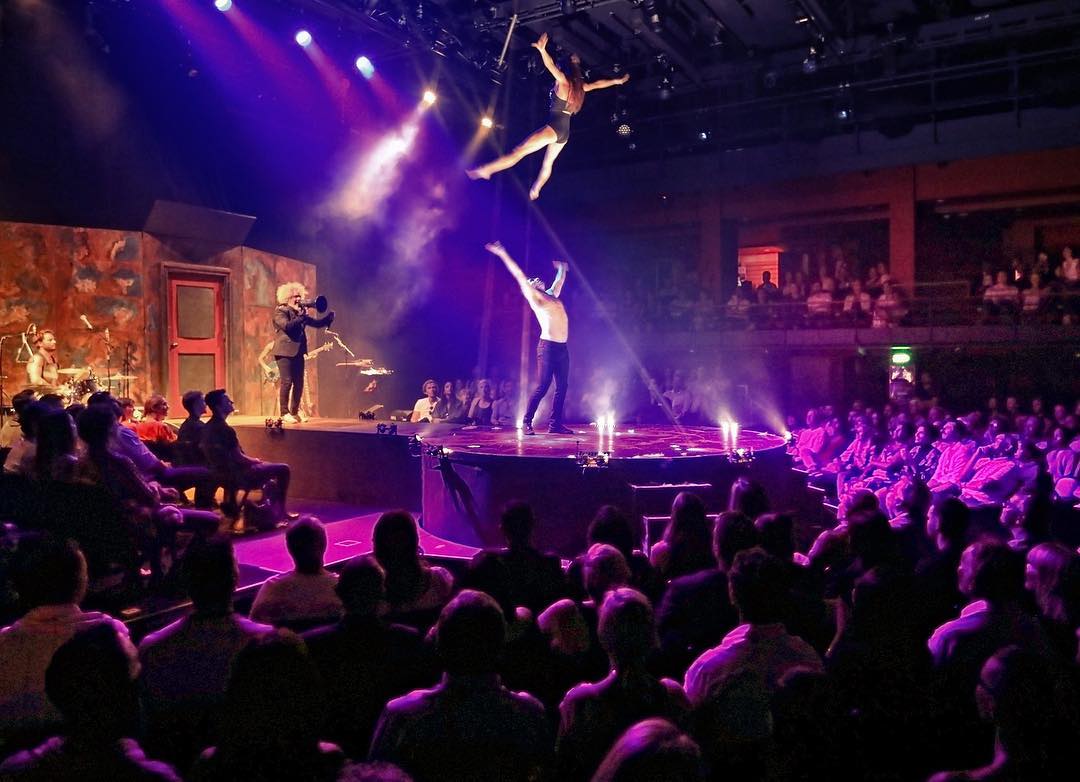 After taking a little bit of time off we will go back to Montreal for the Montreal Complètement Cirque Festival, we will participate in a festival in China and join the creation of two new shows that we can’t reveal just yet but you can always stay connected to us through our Instagram (@CharlotteAndNicolas) and our website www.CharlotteAndNicolas.com where we try to share our latest updates.

Thanks again for your time and also the amazing show you guys performed in Limbo.