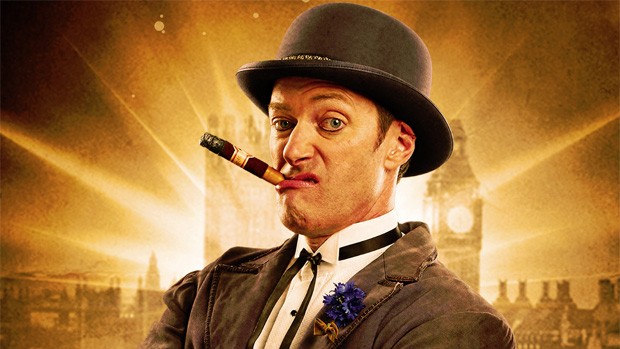 Welcome back to Australia and Impulse Gamer Charlie! So tell us how you became involved in magic?

My father and grandfather were clowns so I grew up clowning with them. My grandfather taught me a couple of magic tricks and the bug bit and I’ve been doing it ever since. Juggling was also a natural progression so clowning, magic and juggling is all part of my DNA.

Tell us about some of your inspirations in the world of magic?

The magic world changed around 1976/1977 when Doug Henning had a live TV special. This really changed magic because up till then, people were saying that magic doesn’t work on TV and most people don’t believe it, especially with trick photography. So he did a TV special that was live and he opened it with just sleight of hand and made a Nickel vanish. This was the simplest of tricks but it was done really clean and bare handed. He ended the show with a really exciting water torture magic trick which was amazing. So yeah, Doug was charming, used state of the art illusions, had a lot of sleight of hand in it and people believed in magic again. It was also a highly successful show and from then on, he done special after special. This opened up the door to people like David Copperfield and Siegfried and Roy.

I was also lucky enough to meet him briefly towards the end of his career when someone introduced me as a clown and he was just the nicest man. Some people go “Oh! You’re a clown, so you must do birthday parties” but he was like the opposite and said “a clown how wonderful” and we just talked and he was just a sweet person. He done magic for the right reasons to give people that sense of wonder and make them feel like kids again. He just had this great spirit and sometimes I think he died for our sins <laugh>, especially seeing some of the magic of today with trick photography but Doug was a purist and definitely an inspiration for me and for everyone from my generation. 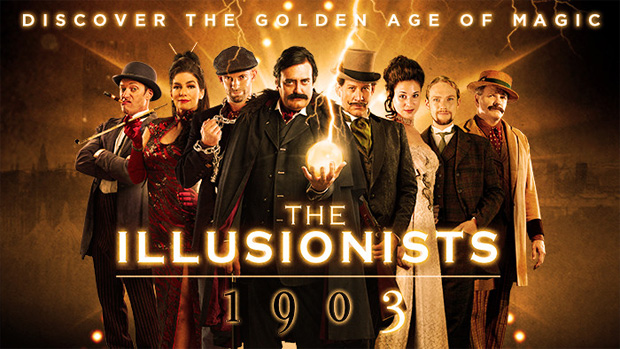 For our readers Charlie, how would you describe The Illusionists 1903?

The tagline is that it is The Golden Age of Magic. There’s already a lot of magic that comes along with live theatre because you walk in and suspend your disbelief which is also a wonderful social feeling, particularly that connection with the cast and the audience. So when the magic of theatre is enhanced by the magic of stage magic, it’s a really fun thing to be part of. There’s a lot of people today who are into retro entertainment like Harry Potter, vampire movies, burlesque, circus arts and Downton Abbey <laugh> … even old cars seem to be more attractive then new cars, so it’s neat to be around that opulence of old theatre. So The Illusionists is basically a peak into the past of magic and live entertainment.

How did you come up with your unique style or blending of magic Charlie?

There was this great eccentric juggler named Rebla who came from Australia and he was just wonderful. If you look him up online, he was a star of the variety eras here (Australia) and England. He was a great eccentric juggler and I remember loving him when I came across old footage of him. Now you can see everything on YouTube but back in my years, you would be lucky if you could track down old films or an old tape from an old act and they would also become a mentor to you which is just wonderful. So I was lucky to have a few of these along the way. 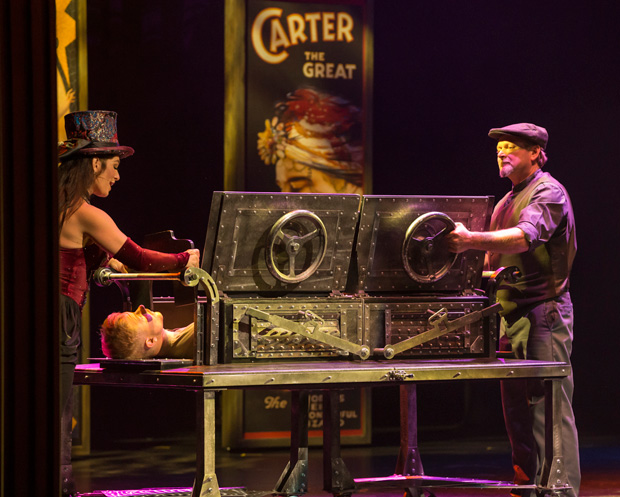 How did you come up with the character of the Eccentric in The Illusionists 1903?

It’s something that we’ve always done which has always been a vaudeville theme. No matter where we worked, it’s always been a vaudeville act and so when this show came along, we figured they would be coming to us because we’re just known for that style and sure enough, the producers tracked us down and now, here we are. We had to change very little. My wife has a much more elaborate hairstyle and also a gown fitting that period and my pants are still baggy <laugh> … maybe a little extra baggy in this show and we changed the music just ever so slightly because the music that we work to in other shows is more big band and here we went back to more classic. I’ve always worked to Joplin (Scott) so we didn’t have to change that at all and a lot of other classical music that we worked to didn’t have to be changed either. We just rerecorded it and we have wonderful musicians in the show who have created an amazing soundtrack. It’s also nice to be part of a show where they think of the sets and music from that period that felt like it was made for us or we were made for it <laugh>… we fitted straight in.

As a magician, have you ever been tricked by one of your counterparts in magic?

Oh yeah, all the time and we really live for those moments because when you’ve been in the game for so long, you saviour those moments when you’ve been floored and left with your jaw gapping open and dumbfounded by a trick. I love it! Also a lot of times, we don’t want to know how it is done like card magic because it’s impossible to know everything about it. There are card tricks that are on the level of playing chop sticks on the piano to other ones that are the total opposite. Sleight of hand is another trick that can always fool you and there’s an illusion in the show where Mark Kalin (The Showman) and Jinger (The Conjuress) perform the best stage trick that I’ve seen in years. It’s really an amazing illusion that will fool anybody and I don’t want to tip it but basically someone appears out of nowhere. It’s a classic trick but I live for the moment when I get fooled by magic. 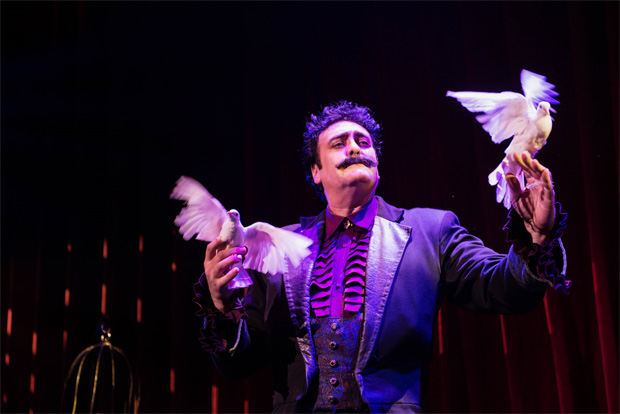 Without spoiling the show, what’s your favourite part if you could pick one?

I’m really looking forward to Rick Thomas being back in the show and you’ll have him in Melbourne. He’s a wonderful illusionist who also does a great dove act and he’s just one of those bigger than life characters. We’ve known Rick for a long time, all the way back from Vegas. When he puts on that handlebar moustache and that old tuxedo, I feel like I’m watching one of the great’s from the past and he’s somebody I really look forward to seeing in the show because he does classic show business and I really love watching him. But there’s a lot of moments in the show that feel like that to me such as Mark and Ginger who have this classic look and approach but with a few modern trappings. We do embrace some modern technology to make the tricks even better than they were in this imagined time period.

What are some of your tricks of the trade?

I usually have variations on classics and skewer them somewhat with physical comedy. I’m kind of a struggling juggler and everything I do is like a guy juggling like his life depends on it because his life does depends on it <laugh>. Magic wise and besides a take on the classic linking rings that are unlike anyone’s linking rings, I promise <laugh> even Siegfried and Roy adores me on that classic and say nobody but me should do it.

I also do a card routine and around 1902, a book came out called Artifice Ruse and Subterfuge at the Card Table but it is now known as Erdnase which is the pseudonym or pin name of the person that wrote it and is one of magic’s biggest mysteries because they still don’t know who wrote that book and it’s still a bible to card sharks, gamblers and magicians for over a century.

So I felt that I should do a card shake routine in the show, so I presented it to the producers and they liked it and that’s in the show which is about 3 minutes of “card sharkery” where I do all kinds of stuff with a deck of cards and a camera zoomed in all nice and close which is a fun piece that I like doing every night as I sit right in the audience when I do it so they watch my every move and I haven’t gotten busted on it yet <laugh> and my wife just said “yet”. At least if I mess up a move in the magic world, it’s forgiven but if you mess up a move in the gambling world, it’s trouble. A lot of my friends in Vegas are the top card men in the world and I know it holds water amongst that crowd but I just wouldn’t play cards with them <laugh>. 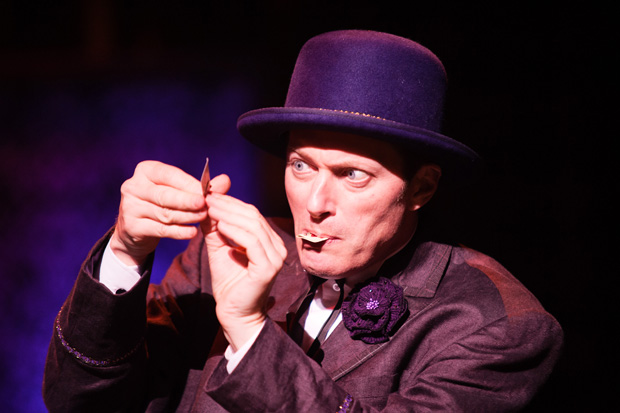 What’s been your career highlight so far?

Opening for Liza Minnelli was a big highlight for me as it was a great show to be involved in. I also had a small part in a Tom Hank’s movie called That Thing You Do (1996) which he also directed. Unfortunately with all the cuts, my part was only a few seconds long <laugh> but it was a highlight getting to hang with Tom for a week and also be written into the script which he wrote. 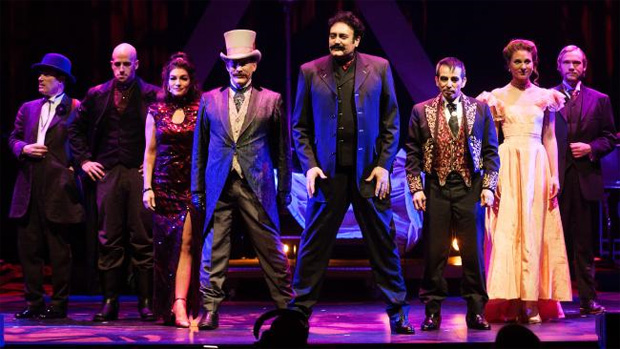 So Charlie, what does the future hold for you?

Some people have a 5 year plan but I don’t even have a 5 minute plan <laugh> so I don’t really know. All I know is that I spend part of my life practicing and creating new material. Things tend to come to me when I’m studying on a certain area and I used to be good on escapology, not as an escape artist but just as a fascinating thing to understand. I like to know about all areas of magic and you have a great escape artist down here (Australia) named Arthur Coglin who lived up in the Goldcoast and we worked up there back in the 90’s at a production show at Conrad Jupiter’s.

We were there for a year and a half and we got to be very good friends with Arthur and I learned so much from him magic wise and escape wise, so I’m always interested in the people that pop into life and I must be on the right course with all these people that I meet… maybe that’s real magic the synchronicity of it all? When I started working on all that card shark stuff, I ended up meeting the greatest gambler in the world who was the world expert on gambling and he’s a consultant for all the major casinos. A a clown I knew the best and as a juggle I knew the best who’s now an old friend I’m trying to hold a candle to as he’s gone to the great variety theatre in the sky there.

Thanks for your time Charlie and all the best for The Illusionists 1903! 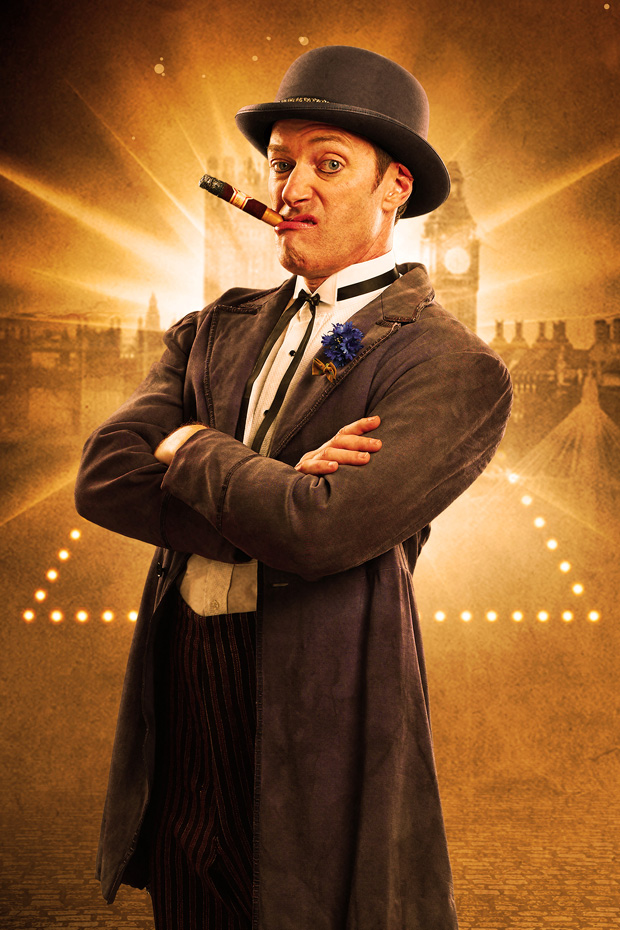