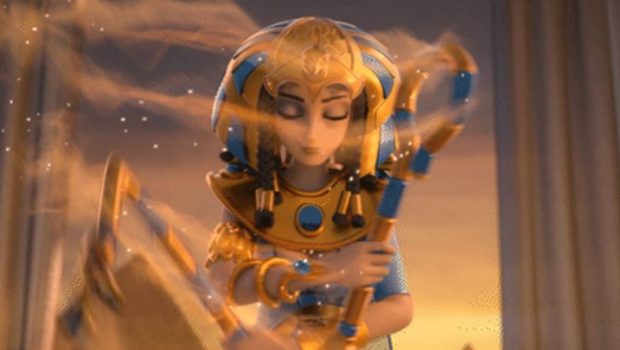 Character Guide | A Look at Cleopatra, Legendary Egyptian Commander in Rise of Kingdoms

It’s time to honor one of history’s most legendary commanders, heralding from the shifting sands of ancient Egypt: Cleopatra. Featured in Lilith Games’ hugely popular MMOSLG title Rise of Kingdoms, Cleopatra commands both respect and reverence, along with being one of the game’s best resource-gathering commanders. A diplomat, naval commander, polyglot and medical author, Cleopatra retains “Legendary Commander” status both in-game and historically.

Cited as one of the best resource-gathering characters in Rise of Kingdoms, Cleopatra’s natural skillset befits her title as one of Egypt’s greatest rulers. After all, good governors know how important it is to have excellent resource management skills! Among her many talents, Cleopatra has an excellent AOE skill that affects her nearby allies, healing them for a percentage of life and increasing their armor to a maximum of 15% for 2 seconds. Though not a commander focused on PVP or PVE, her support skills such as “End of Ptolemy” and “Beauty and Wisdom” make her an extremely versatile commander.

Powerful, intelligent, strategic, and undoubtedly stylish, ancient Egypt was ruled for almost 30 centuries before its conquest by Alexander the Great in 332 B.C. Now, the great civilization is available in Rise of Kingdoms, giving players a whole new fascinating society to explore and lead to greatness. With its rich history of prosperity and affluence, the addition of ancient Egypt gives players a new way to rule the world map, affirm allies, and vanquish enemy civilizations.