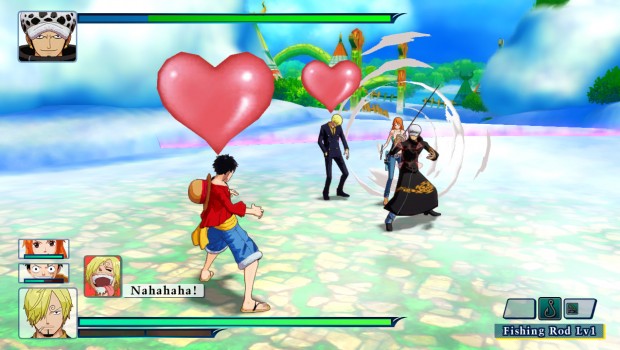 SYDNEY, 11TH JUNE 2014 – BANDAI NAMCO Games Europe is proud to reveal new details about ONE PIECE: Unlimited World Red exciting “Story Mode”. All true fans will be delighted to discover that a “Difficult” mode has been added after the first play-through!  Thanks to this new difficulty threshold, players will see the ONE PIECE universe through an even more thrilling angle; all the enemies and bosses will become much stronger and offer rare items and rewards!

In the Story Mode, all soon-to-become Pirates will be able to fight against:

For all the fans eager to get their hands on this brand new game on its Release day, they will be getting very unique content thanks to the “Straw Hat Edition”:

The challenging and promising ONE PIECE UNLIMITED WORLD RED game will release across Australia & New Zealand on 26th June 2014 for PlayStation®3, PlayStation®Vita, and Nintendo 3DSTM. For the latest news and updates, check www.OnePiece-Game.com. For the latest videos, check bngames.eu/OPunlimitedworldredvideos. For more information about BANDAI NAMCO Games’ entire line up, go to www.BandaiNamcoGames.eu.