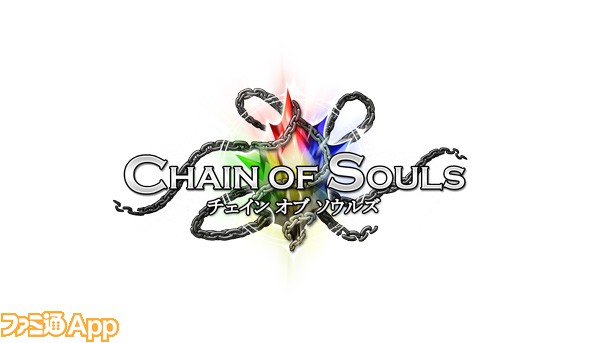 CHAIN OF SOULS PLAYS ITS CARDS

Due for release in March, Chain of Souls is an addictive puzzle game which users are challenged with linking three or more same-coloured runes while a number of CPU-controlled opponents in the forms of humans, Gods or Demons, do the same. The larger the chain of linked runes, the more damage the player can inflict on their opponent. The game also features a unique card-based element, wherein players unleashing attacks of three or more chains can activate one of many ‘skill’ cards the game offers, which are activated when summoning allies within the game and when runes matching the colour of a Skill card are cleared.

Each card offers unique attributes and skills, dependent on its element. These include devastating attacks, the ability to weaken opponents, and element-specific moves. Each card can also be upgraded several times to make it stronger.. Thus, the player is charged with stringing together stunning offensive moves as same-coloured runes are linked, with each attack reducing the Hit Points of their opponent. The type of attack the player inflicts is dependent on the colour of runes linked, and enhanced by a well-played card supplement, and the winner is the first to fully deplete the Hit Points of their foe.

The game’s Skill cards are all themed on elemental powers, which are linked to their same-coloured runes. However, their use varies, which fire less effective against water, while wood is vulnerable to it. Similarly, the cards are also linked to factions and stars, which determine the power of the card and its rarity within Chain of Souls. The higher the number of stars on the card, the rarer – and usually powerful – it is. Players begin with 5 cards, before entering battle. Players are limited by an Equip Cost structure, however, and must ensure their deck falls within these parameters.

With its stunning visuals, fantasy-based characters and spells, Chain of Souls is an engrossing and addictive addition to the puzzle genre. It allows users to continually upgrade their cards, creating an ever-more bespoke deck. It also encourages experimentation, as certain pairings of its characters will benefit the user.

Those pre-registering to play Chain of Souls will receive an exclusive and limited edition ‘Elf Queen Ariel’ campaign card soon after, and a virtual scratch card that will offer other in-game bonuses, and can be used six times before being renewed by Tweet or posting on Facebook. Further cards can be purchased within the game by cashing in crystals, and additional crystals can be added as inApp purchases.