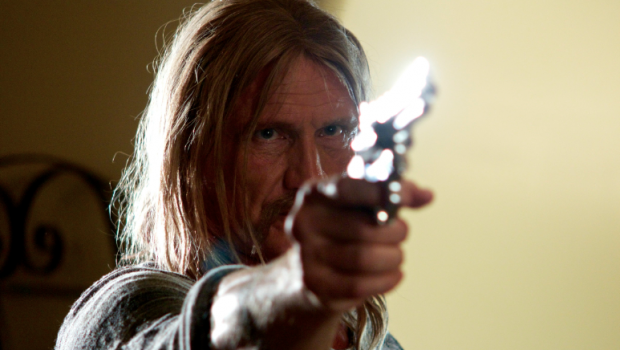 A CERTAIN JUSTICE, starring Cung Le, Dolph Lundgren and Vinnie Jones, will be available on DVD, Blu-ray and Digital on May 7th.

After returning home from a traumatic tour of duty overseas, John finds himself struggling with the self-destructive symptoms of Post-Traumatic Stress Disorder. What little peace he had managed to build around him is shattered one fateful day when he rescues a local prostitute from a group of violent Aryan Brotherhood pimps. Having killed or maimed several of the high-ranking brotherhood during the rescue, John and his family are now the prime targets of Hollis, the ruthless criminal leader of the group.

Hell-bent on payback, Hollis orders the brutal slaying of John’s family. In return, John unleashes the full extent of the unrelenting rage and grief within and embarks on a journey of vengeance that takes him down a dark path; a path that only the most damaged and broken souls dare tread. Blasting his way through this hopeless world – one soaked in violence, degradation and illicit drugs – John must put his life and the lives of his closest friends on the line to dole out the kind of justice that no judge or jury would abide.