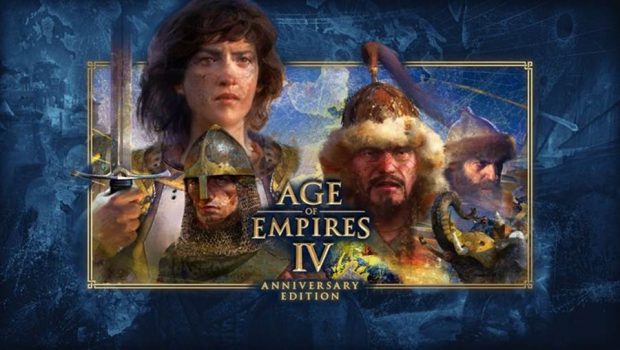 Overnight on Xbox Wire, the Age of Empires team announced the Age of Empires 25th Anniversary Broadcast, celebrating a huge milestone for the franchise. The broadcast will take place on Wednesday, October 26 at 4AM AEDT and can be viewed on Twitch, AgeofEmpires.com, and the official Age of Empires, Xbox and Red Bull Gaming YouTube channels. There will be announcements, interviews with the team, and plenty of surprises.

For our fans in China, we will be streaming the celebration the following day on HuyaTV, DouyuTV, and Bilibili.

Along with the news of the Anniversary Broadcast, there are other announcements today to get fans excited about the milestone celebration:

Additional details on the Anniversary Broadcast:

o   The show will feature announcements, interviews with the team, a celebration of all things that make Age of Empires great, and some surprises

o   The show will be available to watch on demand after broadcast on the Age of Empires YouTube channel. In China, we will be streaming the celebration the following day on HuyaTV, DouyuTV, and Bilibili.

For more information on Age of Empires and the upcoming 25th Anniversary Broadcast, check out the official press release below:

What were you doing in 1997? Take yourself back. We can tell you what we were doing… playing instant RTS classic, Age of Empires! 25 years ago, with a distinctive “Rogan?” the first villager was born and the empire began. The game that began it all is having a big birthday and we’re not going to let that milestone go unmarked. From failed boar lures to the most impressive wonder victories, there’s a lot to celebrate!

Today we’re thrilled to announce that on October 25, we’ll be celebrating 25 years of Age of Empires in a big way. Join us live from a special location as we share our Anniversary Broadcast featuring announcements, interviews with the team and some surprises. Of course, we want to maintain an air of mystery so we won’t tell you exactly what we have garrisoned in our Town Center, but we promise there’ll be something for everyone! Tune in October 25 at 10am PT on the following channels to take part:

And for our fans in China, we will be streaming the celebration the following day on HuyaTV, DouyuTV, and Bilibili.

That’s not all that we have to share today though. October 25 will be a big day for the franchise as we are also releasing Age of Empires IV: Anniversary Edition on Steam and Microsoft Store! This new version of the game will include the base game, all updates released thus far and the Anniversary Update, featuring our two new civilizations, the Ottomans and the Malians. Existing Age of Empires IV owners will get the Anniversary Update for free — including the Ottomans and Malians, new mastery challenges, fresh achievements, eight new maps and two new biomes to explore and conquer. We’ll also be kicking off Season Three, adding Ranked Team Games, improving naval balance and introducing waypoint markers. Season Three has some specially themed rewards, so get involved to see how you can join the party. One year on from launch, there’s never been a better time to get started, come back to see what’s new or push forward your play in new ways.

The Age of Empires IV Anniversary Update on October 25 will also add eleven languages to the game! Players will now be able to experience Age of Empires IV in Hindi, Dutch, Danish, Swedish, Czech, Norwegian, Greek, Hungarian, Polish, Finnish, and Portuguese (Portugal) in addition to the languages we launched with.

The end of the week will culminate in the finals of Red Bull’s Wololo: Legacy tournament, the biggest Age of Empires competitive event of all time! Head to the event website for all the latest information and be sure to watch as the world’s top players come together to battle it out live from Heidelberg Castle in Germany.

We’re so proud of the past 25 years and are thankful for you, our players, who have kept our games alive and thriving. We’re looking forward to celebrating with you soon. Join the conversation on social media with #AoE25 and ensure you’re following our official channels to be sure you don’t miss anything.