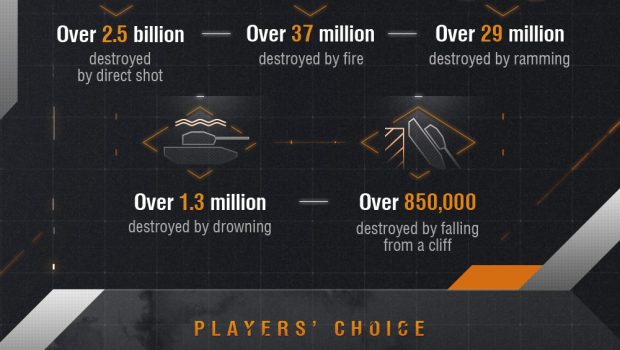 February 13, 2017 — Join the festivities this February as Wargaming celebrates the Anniversary of World of Tanks on Console. All tankers on PlayStation®4, Xbox One and Xbox 360 are about to enjoy a month packed full of tanking treats with free tank giveaways, and the newest edition to the tank arsenal, the Czechoslovakia tank line.

Wargaming is kicking off the celebration by giving away a free premium tank to all players. Simply log in between February 10 and February 28 and play a battle to earn the Raseiniai BT-7A, a speedy tank that packs a punch with a high-explosive-slinging cannon. Two player favourite tanks have also made a limited time return to the game. The colossal KV-5 and powerful 105 leFH18B2 artillery will be available in the store along with discounts on Premium accounts until February 25.

The Czechoslovakia tank line makes its grand debut on console bringing ten new Light and Medium tanks to the game. The Tier I Kolohousenka, Tier II LT vz 35 and Tier II LT vz 38 light tanks kick of the tech tree, all boasting decent armour and solid firepower as a trade in for slower speed.  Rounding out the rest of the line are seven medium tanks starting at Tier IV. The ST vz 39, Skoda T 24, Skoda T 25, Konstrukta T-34/100, TVP VTU Koncept, Skoda T 50 and T 50/51 fill out the remaining tiers and unlike the light tanks are quick with lesser armour and powerful guns.

World of Tanks on consoles already features over 450 vehicles from eight different nations and 85 maps to test their combat worth on. The development team behind the game, Wargaming Chicago-Baltimore, are continuing to work hard to add new tanks, game modes, maps and nations continuing to improve gameplay variety. Wargaming are looking forward to injecting even more fun into heart-pounding tank action on consoles with their future updates.