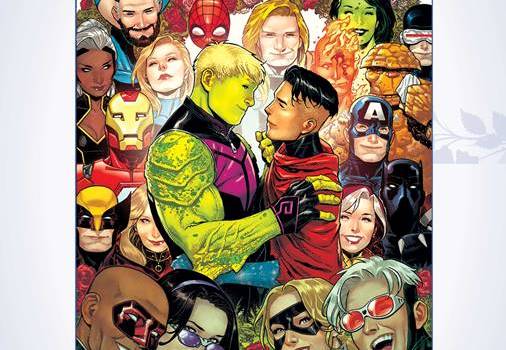 In the aftermath of the cosmic conflict known as EMPYRE, heroes will gather to celebrate the marriage of two of Marvel’s most beloved Avengers. Revealed at the end of EMPYRE #4, Teddy Altman, the Kree/Skrull hybrid Hulkling, and his longtime boyfriend Billy Kaplan, the powerful magic-wielding Wiccan, were married just before Hulkling took to the stars to fulfill his destiny of uniting the Kree and Skrull empires against the universal threat of the Cotati. With plenty of twists and turns still to come in this earth-shattering epic, be there when the dust settles to celebrate this joyous union when EMPYRE: AVENGERS AFTERMATH #1 hits stands in September! 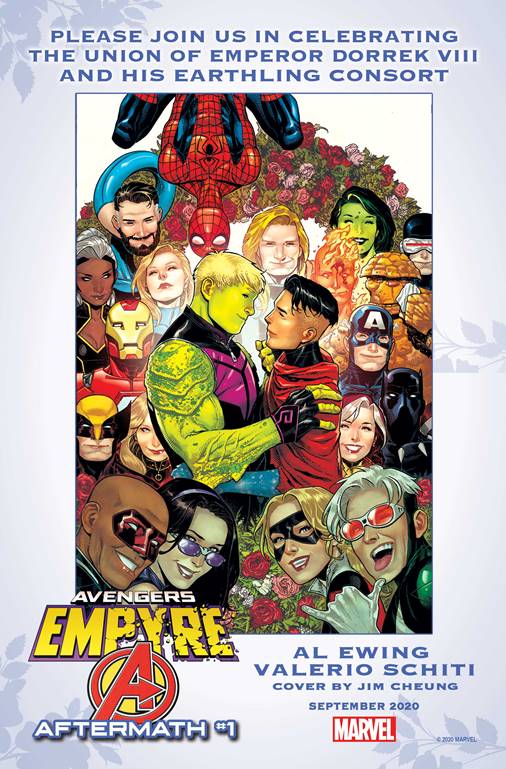