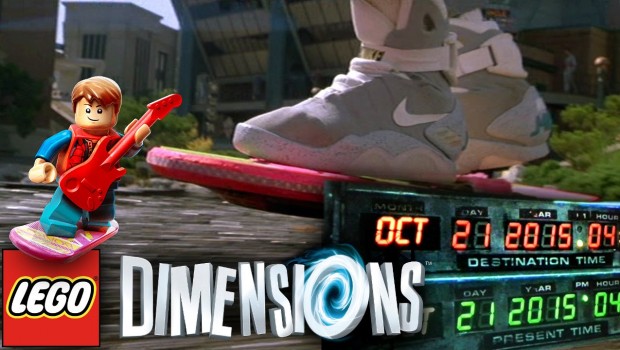 Celebrate “Back to the Future Day” with LEGO Dimensions

Today, Wednesday, October 21, 2015 sees the day that Marty McFly and Doc Brown blasted their DeLorean Time Machine into the future at the end of Back the Future, the 1985 hit film, and land in the future Hill Valley in the 1989 sequel. To celebrate this milestone of “the future” now being the present, fans can continue the time-travelling fun of Back to the Future in LEGO Dimensions, the all-new entertainment experience that merges physical LEGO brick building with interactive console gameplay.

Michael J. Fox who played Marty McFly and Christopher Lloyd who played Doc Brown in the films rerecorded and reprised their roles in LEGO Dimensions.

The LEGO Dimensions Starter Pack features an entire level based on Back to the Future which the game’s heroes, Batman, Gandalf and Wyldstyle, must journey through in their quest to defeat the evil Lord Vortech.

A Back to the Future Fun Pack with Doc Brown LEGO minifigure and Travelling Time Train will be available January 20, 2016.

LEGO Dimensions is now available for Xbox One, Xbox 360, PlayStation4 and PlayStation3 computer entertainment systems and the Wii U system from Nintendo.