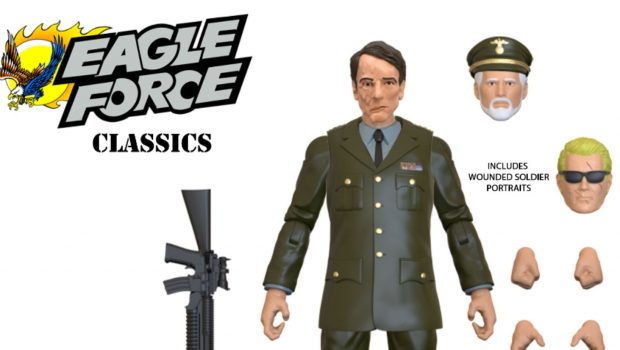 Originally created and designed by Bill Baron and Paul Kirchner in 1982, Eagle Force was a 3″ die-cast action figure military-themed toy line. Even though only the initial assortment made it to toy shelves, it was enough to introduce fans to Captain Eagle and his team of top military specialists with codenames such as Sgt. Brown, Big Bro, Harley, Turk and The Cat. Captain Eagle and his troops battled the evil forces of R.I.O.T. (Roving International Organization of Tyranny), led by the evil dictator General Mamba, who is assisted by Baron Von Chill, Nemesis the Saboteur, Savitar the Ninja, and an army of R.I.O.T. Shock Troopers. 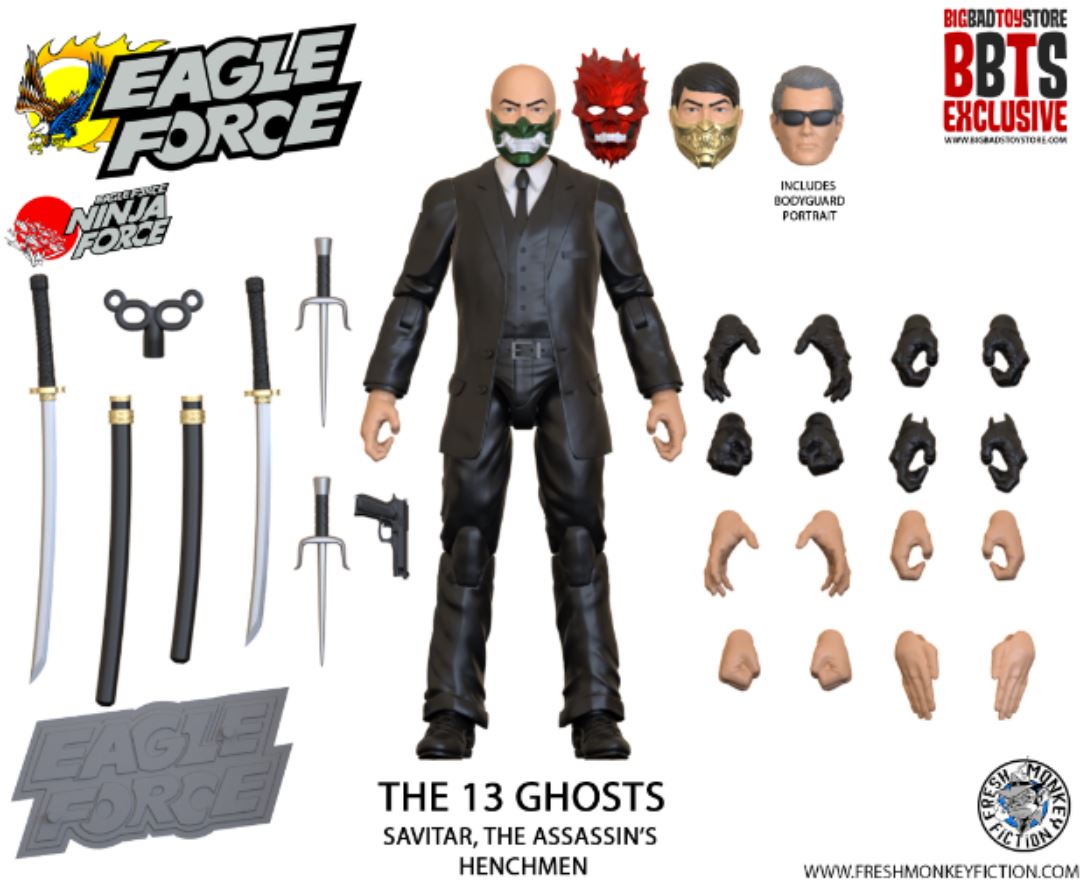 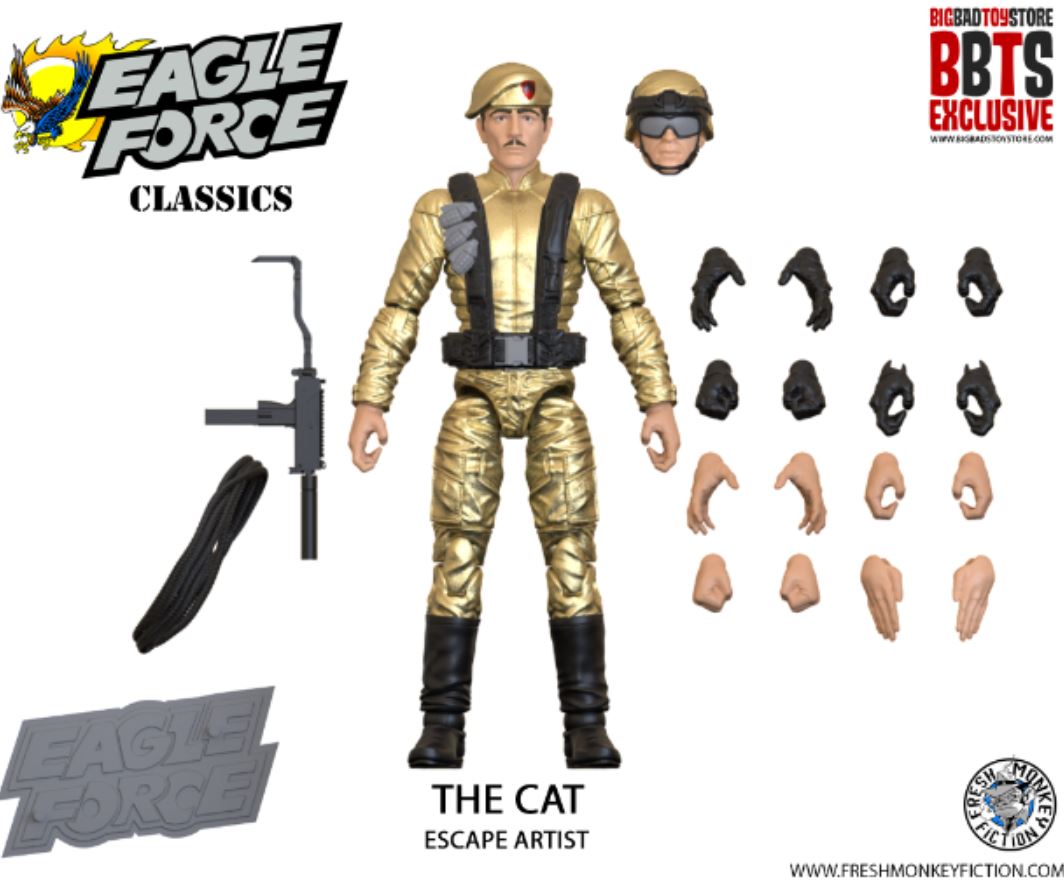 “Eagle Force fans have waited 40 years to relive the nostalgia of their youth,” said Fresh Monkey Fiction founder Bill Murphy. “Now Fresh Monkey Fiction is bringing back many of the original Eagle Force team members in their classic gold outfits, with more modern styling and articulation. The Eagle Force 40th Anniversary Action Figures BigBadToyStore exclusive action figures feature 12 figures for the initial Eagle Force Classics assortment. Many of these figures include extra trooper heads, so fans can build out their army of Eagle Force and R.I.O.T. soldiers.” 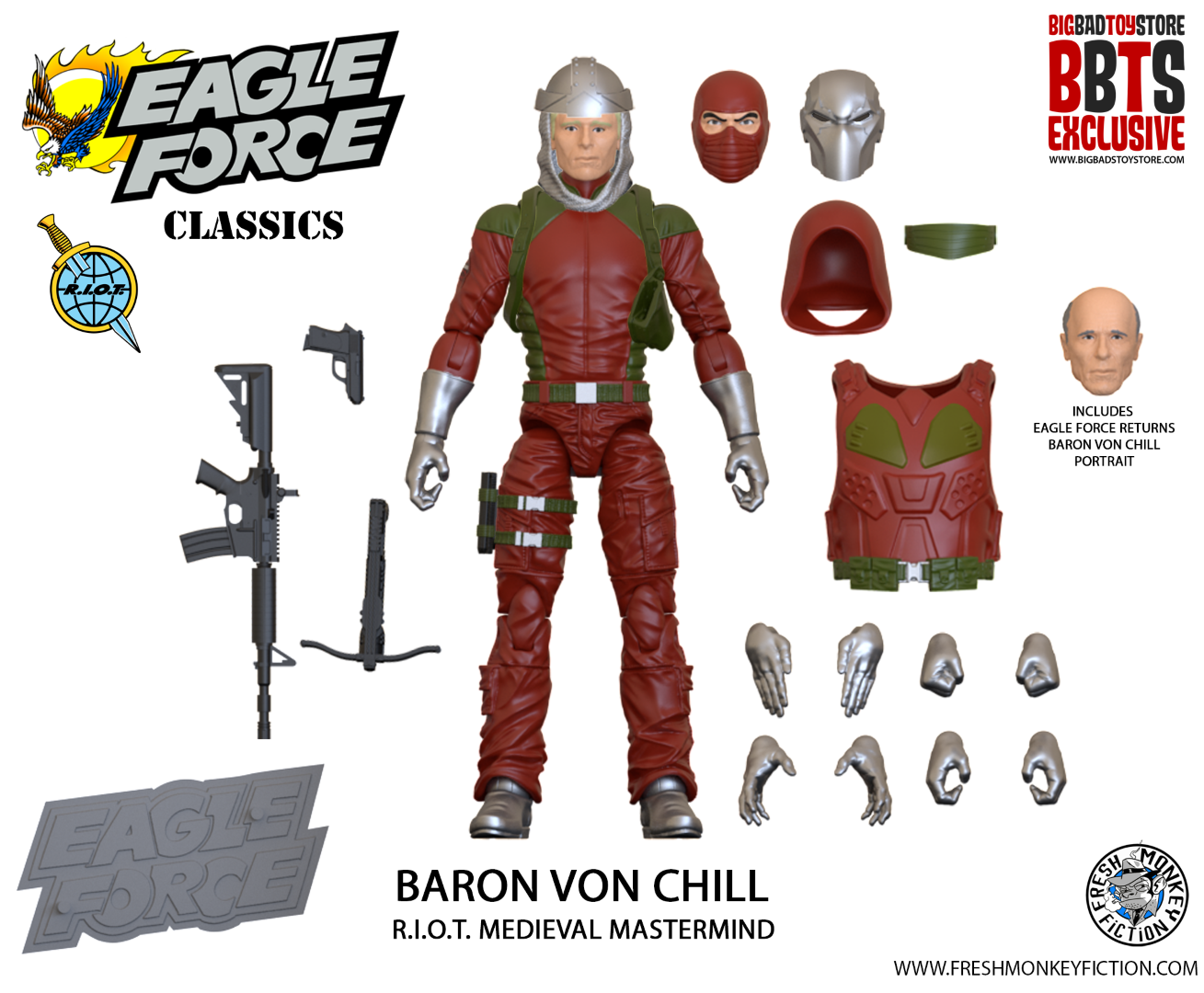 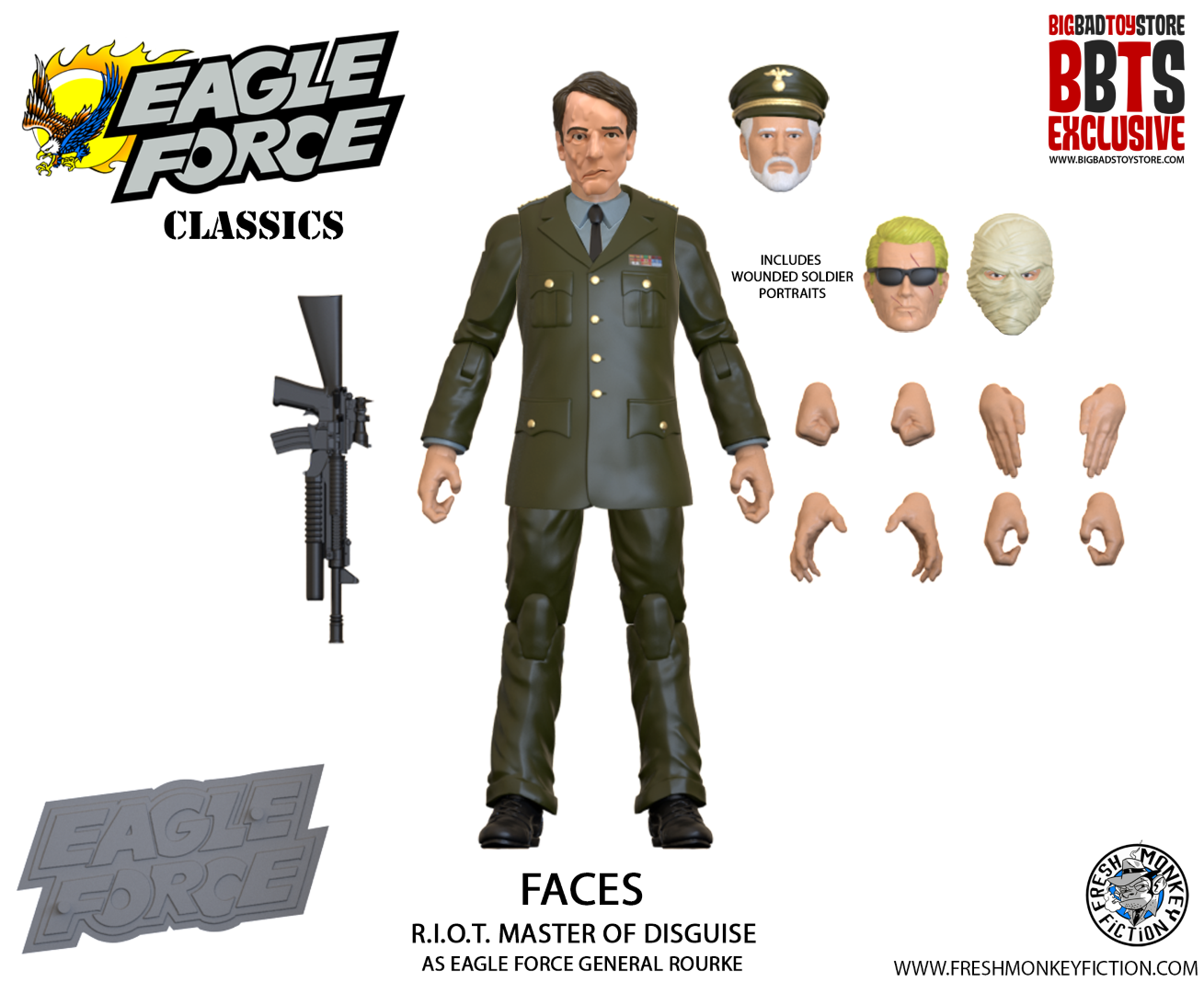 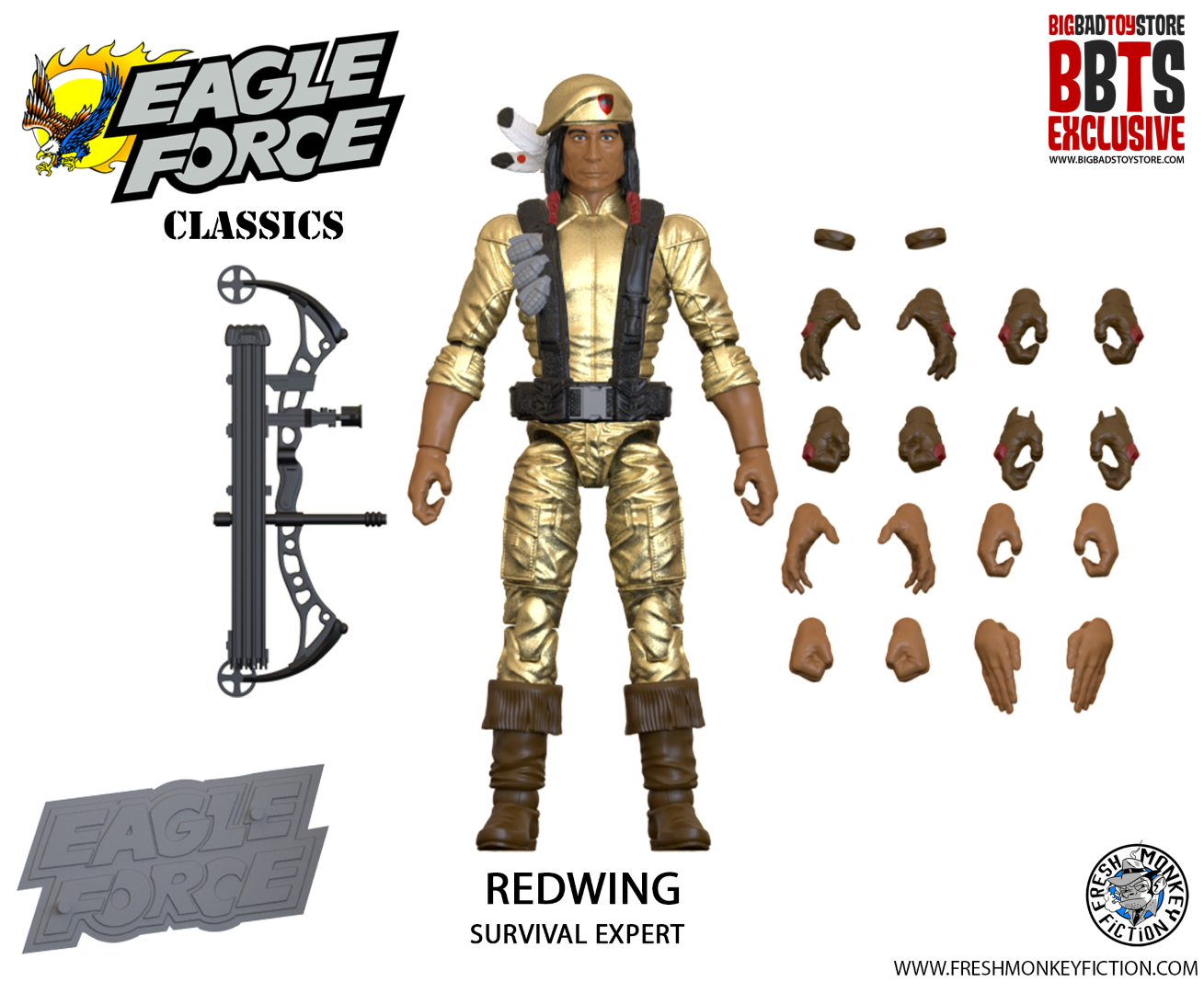 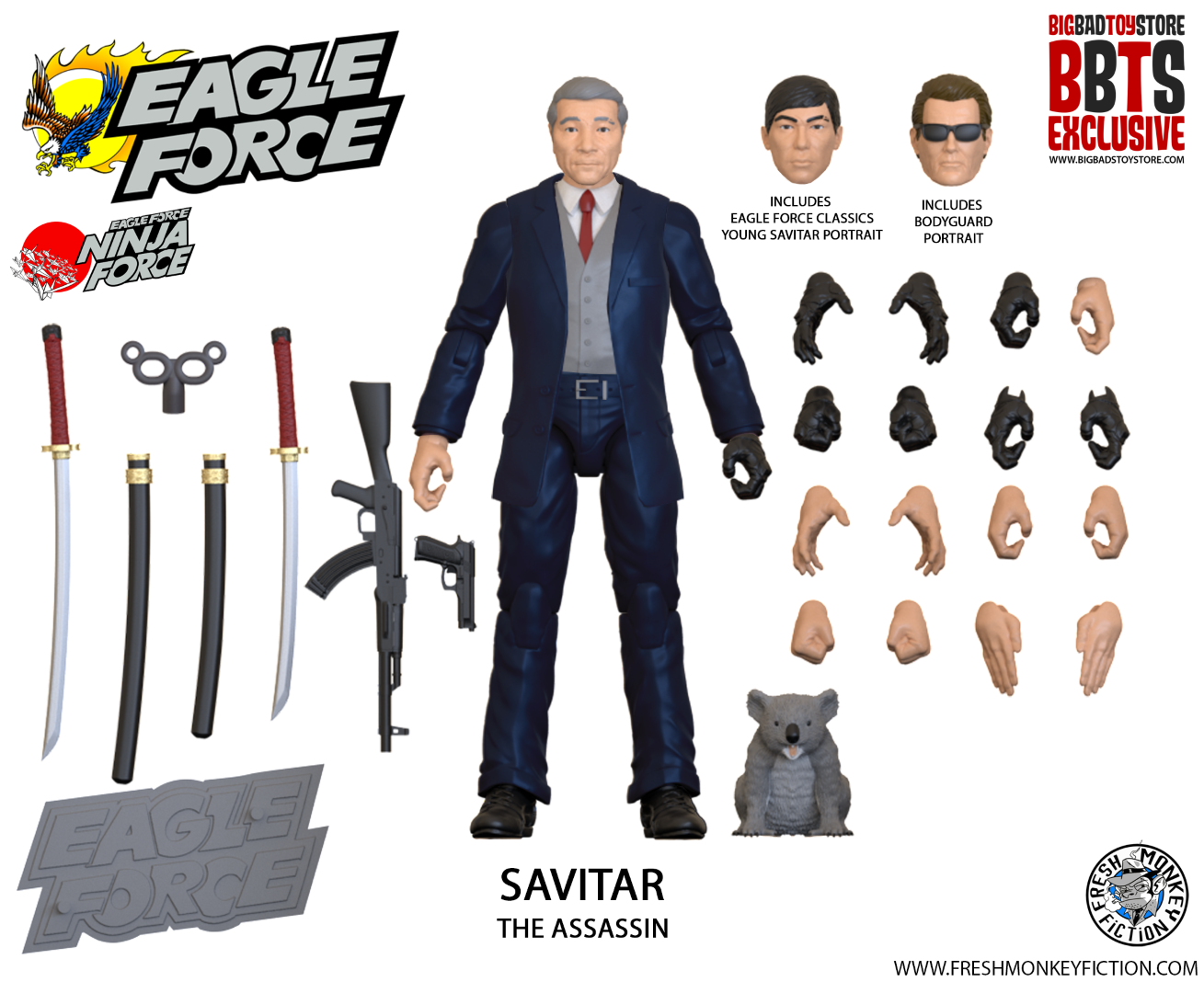 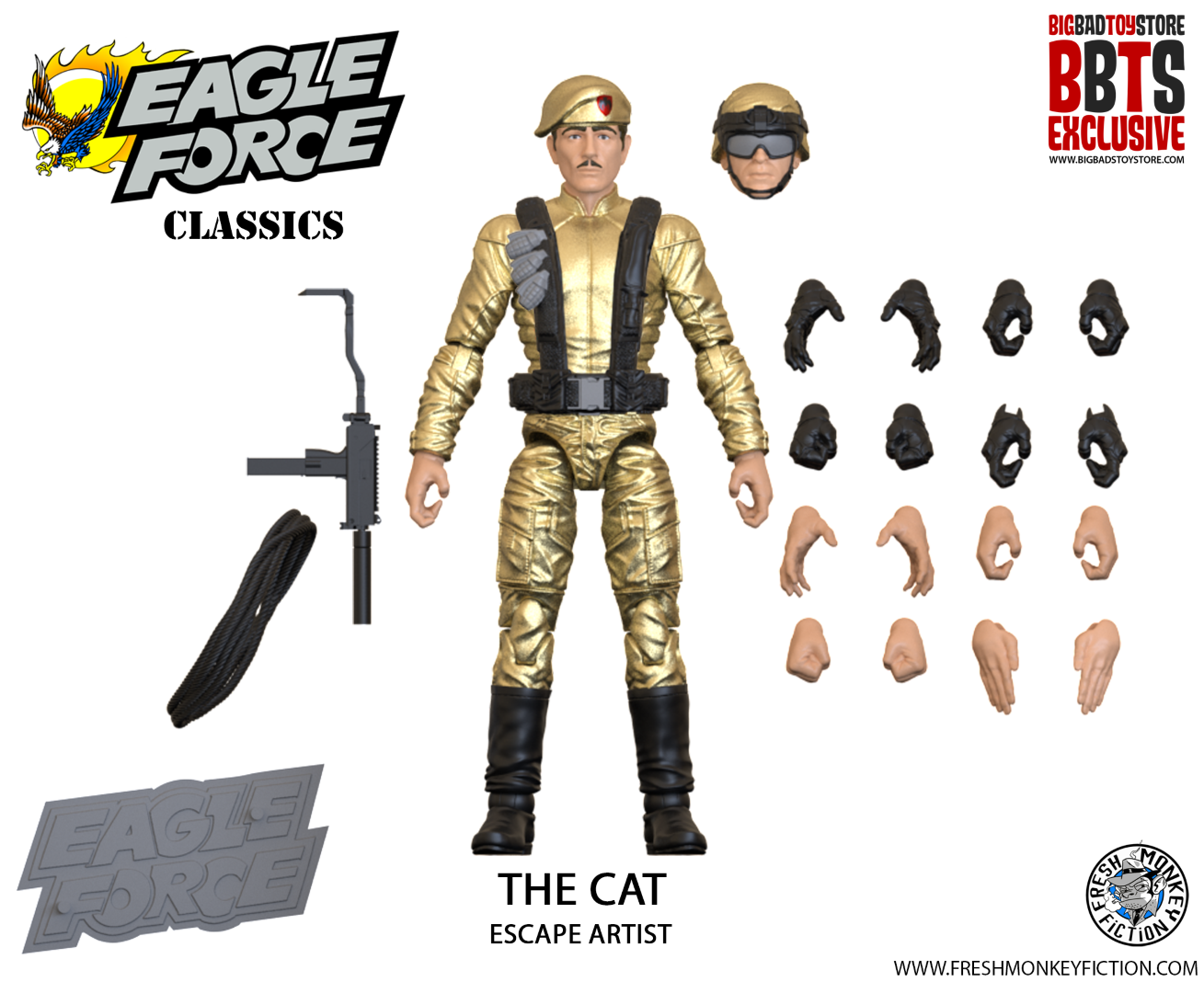 Orders open at BigBadToyStore on October 11, 2021.