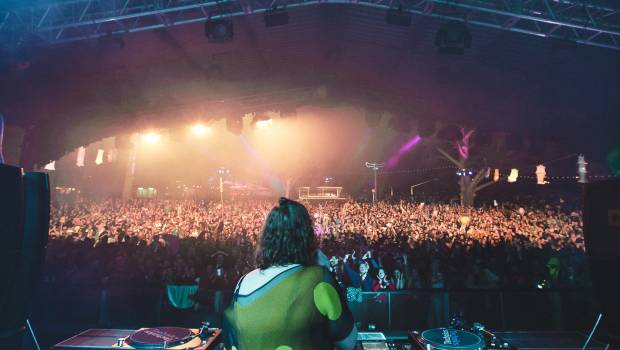 CC:DISCO!, Soothsayer and Village Sounds are thrilled to announce some very special one off shows featuring CC:DISCO! and a handful of artists featured on First Light: Volume 1 in February and March. First stop is Sydney’s Oxford Arts Factory, impeccably timed to coincide with the compilation’s release on Friday 9 February, and then onto Canberra, Brisbane and CC:DISCO!’s hometown of Melbourne on Friday 3 March.

Tapping into the incredible talent found in Australia and New Zealand’s underground dance communities, CC:DISCO! has cherry-picked the likes of The Possé (live), Andy Garvey, and Love Deluxe (live) to join her in Sydney, Chord Memory Band and Emma Stevenson in Brisbane and Jace XL & SILENTJAY along with Rings Around Saturn in Melbourne, alongside many more. Tickets to all First Light shows are on sale now and fans are urged to secure their spots to avoid disappointment.

Following on from her final Victorian festival this summer at Pitch Festival in March, CC:DISCO! will head over to Europe and the UK to play some of the worlds most celebrated dance stages at XOYO in London, DGTL Festival in Amsterdam and Sub Club in Glasgow.

The 12-track vinyl release, First Light: Volume 1 Compiled By CC:DISCO! will feature two exclusive tracks not found on the digital release, delivered on two double sided 12” inch wax pressings which are now available for pre-order. The digital offering (track list yet to be revealed), will also feature four exclusive tracks.

With that in mind, it gives us great pleasure to officially unveil the full vinyl track listing:

Yesterday CC:DISCO! revealed the second taste of the compilation with a track from James i.V called ‘Freda’s Jam’, which follows on from Jace XL’s ‘Really Want That’ which dropped in December of last year. Sydney-based producer James i.V comes direct with a 4/4 thumper that is equal parts kooky and correct. Gracing the aural canals with an ode to everyone’s favourite late-night-dancteria in Sydney, ‘Freda’s Jam’ is a late, late-night anthem that beckons and calls like every good (and bad) decision does.

“Could be the bar in Sydney? Is it a love interest? James’ dog? I don’t know. I played it a couple of times on the radio, it’s quite deep, this takes the tempo back down. A palette cleanser. It’s a really full sounding track. It could fit into all sorts of sets.” – CC:DISCO!

James i.V’s ‘Freda’s Jam’ and Jace XL’s ‘Really Want That’ are lifted from First Light: Volume 1 Compiled By CC:DISCO! through a partnership with hyped underground label Soothsayer, to procure exclusive tracks from emerging and undiscovered artists across genres such as boogie, balearic, funk, disco and house – with each sound piquing her interest, culminating in a finished product that would undeniably slot into a CC:DISCO! set.

Like a prophecy, First Light: Volume 1 compiled by CC:DISCO! and the First Light shows come to us to reveal the future of electronic music in Australia and New Zealand.