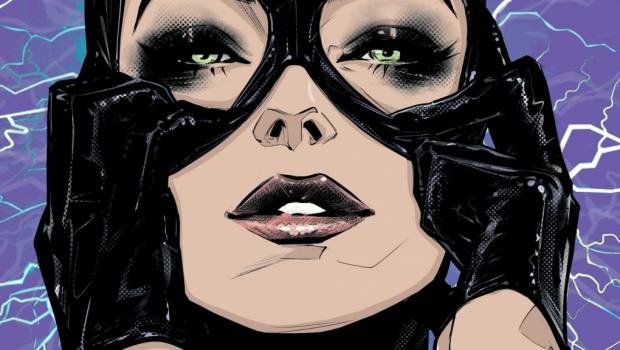 Summary: An anthology of Catwoman stories celebrating the 80th year of the character in the DC Universe. Mini storylines so an easy read and no continuity issues.

An anthology of Catwoman stories celebrating the 80th year of the character in the DC Universe. There is not really a connecting thread between these so you don’t have to have read any of the previous stories.

The stories are quite different in case and Batman does not always appear in them. I never knew there was a storyline where Catwoman and Batman had a child together. There is even a convention story as a nod to the fans and the previous incarnations of the character.

You can’t get bored of the artwork as there is a big variety on display here including art pieces and Catwoman from various decades over her run. The infamous skin tight purple catsuit even makes an appearance at one point.

Tone is a bit all over the place but you would expect that from anthology. I did enjoy the one with Catwoman taking on the aliens.

There is a nod to the 1966 TV series but only briefly and also the newer series of comics.

I will be recommending this one to people I know are already fans of the character and I would even recommend it if you are not a big fan of comics as you don’t have to read all the stories previously to get what it is going on as it is a stand-alone volume.

There are a few of these anthologies coming out this year as it is also Batman’s 80th anniversary so there are a few to look forward to.