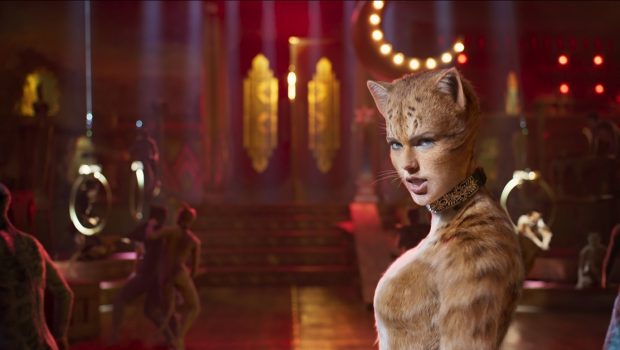 As someone who has not seen the stage version, this introduction to Cats is baffling and unintentionally hilarious. It lacks the depth of character and comprehensive world building needed to transcend its theatrical origins and become a complete movie with a fully realised narrative. Its legacy is destined to belong to Internet memes rather than to ever be re-evaluated as a brilliant, misunderstood piece of artistry.

It is difficult to provide a plot synopsis for Cats’ because it simply does not have one. At most, it is about a cat named Victoria (Francesca Hayward, a trained ballerina) who is abandoned in a London alley. The streets are desolate with no other humans in sight. She is then welcomed by a group of felines called Jellicle cats. Through song and dance they introduce themselves. One cat will be chosen to reach the Heaviside Layer, which is supposedly like cat heaven. However, their plans are disrupted by a group of evil felines, including Macavity (Elba) and a pair of thieves. Macavity uses magic to capture and subdue his rivals because he wants to eliminate his competition for the Heaviside Layer. The plot is nonsense, meaning it is best to forward to the writing and technical elements.

In addition to its thin, incredulous narrative, Cats’ screenplay lacks fundamentals. Songs substitute story and reflect the different cats’ personalities. Rum Tum Tugger (Derulo) is vein, Jennyanydots (Wilson) is clumsy, Bustopher (Corden) is gluttonous, and Grizabella (Hudson) is isolated. Unfortunately, the exhausting pursuit of songs means Cats fails to develop its characters as anything but one-dimensional caricatures. It detracts that the music score is set to the highest decibels and that there is no dialogue to unpack the idea of what the Heaviside Layer is or why it is valuable. Consequently, the characters are underwritten vessels transported between songs that are unengaging and lyrically incoherent.

When viewed as a black comedy, the jokes in Cats are witless and infantile. On two occasions there are cat puns (‘cat got your tongue?’) that had people in the audience audibly groaning. Similarly, painting Jennyanydots as clumsy because she is fat is a lazy, tone-deaf gag. Others have highlighted the film’s complete disregard for internal logic. Humans abandon Victoria at the start but are nowhere else to be seen. Meanwhile, during a break-in scene, a barking dog is audible but kept off-camera. Nothing accounts for the random inclusion of a dog in a world seemingly dominated by cats because there is no clear backstory.

In terms of its formal composition, this is Hooper’s worst film. The London street scenes are photographed as dark, smoky, neon-lit stages. Any story context as to why these spaces are bleakly painted is adrift. Meanwhile, the decision to fit the actors with motion capture suits instead of traditional costumes is a mistake. To make the cats anthropomorphic, the actors’ faces are imposed onto their cat bodies, which results in a clumsy mixture of live-action and CGI animation. They often do not move like cats either since they stand on their back legs to dance and their fur is rarely displaced. The purpose of heavily investing in CGI instead of traditional costumes is unclear.

The scenes are meant to be viewed from a cat’s eyeline, but the cats look unnecessarily disproportionate compared to the sets. It would be less jarring on stage where the scale would be more symmetrical. There are also two appalling CGI shots during a set piece: the faces of children imposed onto mice and a chorus line of singing cockroaches. If it sounds baffling now, wait until you see it. Careless decisions continue to filter into the costumes. Some cats, such as Dench’s Old Deuteronomy wear clothes, including scarfs and fur coats. Why? Is their fur not warm enough? Are the other cats naked then?

Another major aspect that alludes Hooper is determining a clear tonal line. There are various styles of music showcased and the songs are all arranged in the same overly compressed manner as Hooper’s Les Misérables (2012). There are chorus lines, weird solos, and teary-eyed empowerment songs. The songs substitute the story and the haphazard arrangement dilutes the tonal consistencies, leaving alleged comedic moments landing on top of attempted emotional payoffs. Without being mean, there are heavyweights in the cast who should never be allowed near a microphone again.

It does not help that the music score overpowers the lyrics. Unsurprisingly, Jennifer Hudson brings emotion to her big power ballad ‘Memory’ and draws sadness from within her character. It is a reprieve from the nonsensical storyline. In a cast of heavyweights, the other major standout is surprisingly Taylor Swift. Her slinky physicality as a wicked cat named Bombalurina is perfectly attuned for her song, which is a decent number. It is wasteful that she only has one major scene because there is no denying her magnetic presence as a performer. An extra scene or two with her could have easily substituted one of the worst fight scenes ever committed to the cinematic medium.

Cats is poor because without key fundamentals it fails to reinvent its source material and exist as a meaningful film. It is confusingly a filmed version of the stage play, the artifice of which includes distracting CGI and bland photography. Furthermore, without a coherent narrative it is impossible to become invested in the thin story, its unfathomable world building, and the bizarre songs. It does not help that the lyrics are overpowered by the booming score.

Hooper also forgoes character depth, which wastes the dramatic and comedic talents of his ensemble. This is not to say that it is devoid of emotion. Rather, our feelings of utter disbelief and bewilderment regarding the images are consistent and overwhelming. Hopefully Hooper, who is a decent director, can survive the wreckage and the memes that will surely follow.

Summary: It lacks the depth of character and comprehensive world building needed to transcend its theatrical origins and become a complete movie with a fully realised narrative.