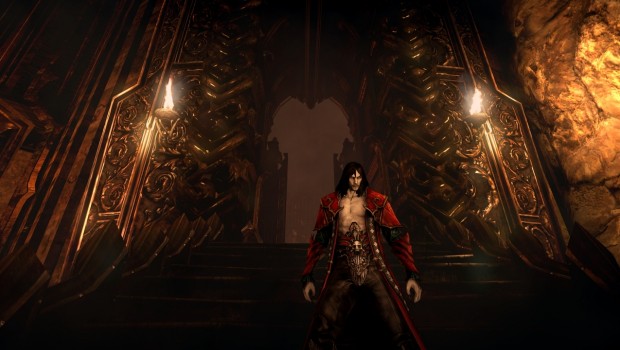 Konami Digital Entertainment, B.V has announced details of its forthcoming new DLC for its CASTLEVANIA: LORDS OF SHADOW 2 title.

Entitled ‘Revelations’, the new content will be released on March 25th and follows fan-favourite Alucard, as exclusive new branches of the immersive storyline are uncovered. The legendary vampire, Alucard, the turned son of Gabriel, has shunned human life for many years, instead choosing to hunt only creatures of the night. The DLC takes place just before the apocalyptic events of CASTLEVANIA: LORDS OF SHADOW 2, where Alucard readies for his father’s return and the forthcoming battle against Satan. As the plot unfolds it begins to reveal how the lone vampire is inextricably linked to his Father’s fate.

‘Revelations’ takes place within the epic world seen in CASTLEVANIA: LORDS OF SHADOW 2. As the vampire warrior Alucard, players must discover his secrets, unearth the true extent of his involvement in Dracula’s story and set in motion the events of CASTLEVANIA: LORDS OF SHADOW 2. The DLC expands the incredible story of the recently-released sequel, with the fate of the Belmont clan unveiled. Alucard has his own unique, powerful abilities, including use of the Glaciem and Igneas powers. Similarly, Alucard also has vampiric abilities which allow him to transform into a wolf, a swarm of bats and even turn back time! Blood fuels your capabilities, drink the blood of your enemies to intensify your immortal powers.

CASTLEVANIA: LORDS OF SHADOW 2 is currently available on PlayStation®3, Xbox 360 and Windows PC. Its sumptuous 3D world and epic quest are now enhanced and extended with all-new locations and the chance to experience familiar ones through new eyes via the ‘Revelations’ DLC, as the story of the Belmonts is brought to its full conclusion.