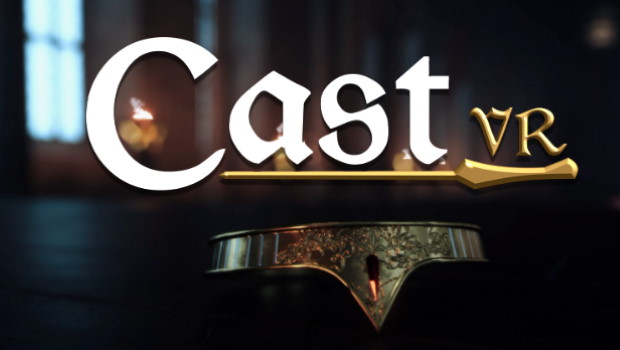 Summary: A castle mystery waiting to be solved by magic.

When VR first started to really gain traction and people started making demos and games for it, one of the genres that seemed like a great fit was the world of Magic. We had some great early experiences such as Waltz of the Wizard and The Wizards. Since then we have seen variations on the theme with some good and some not so good. Now we have Cast VR… not so good.

The basic story behind Cast VR is the King is missing and it’s up to you to find out what happened. The nudge in the direction of your quest is provided by disembodied (well “spirit” bodied) voices one of which (a child) continues to guide you as you move further through the castle. That premise is good enough, it could be engaging… but the game throws you right into things, and before you can even get your bearings you are being told the whole preamble to the game. After you catch up on what you are being told, you are given your first magical task… to “tidy up” the mess in the hall you find yourself in, then the first wave of enemies begins. It kind of reminded me of Bedknobs and Broomsticks (at least what I remember of the film, I haven’t seen it in decades) seeing an animated suit of armour walk towards you with an intent of harm clearly expressed in it’s determined path. 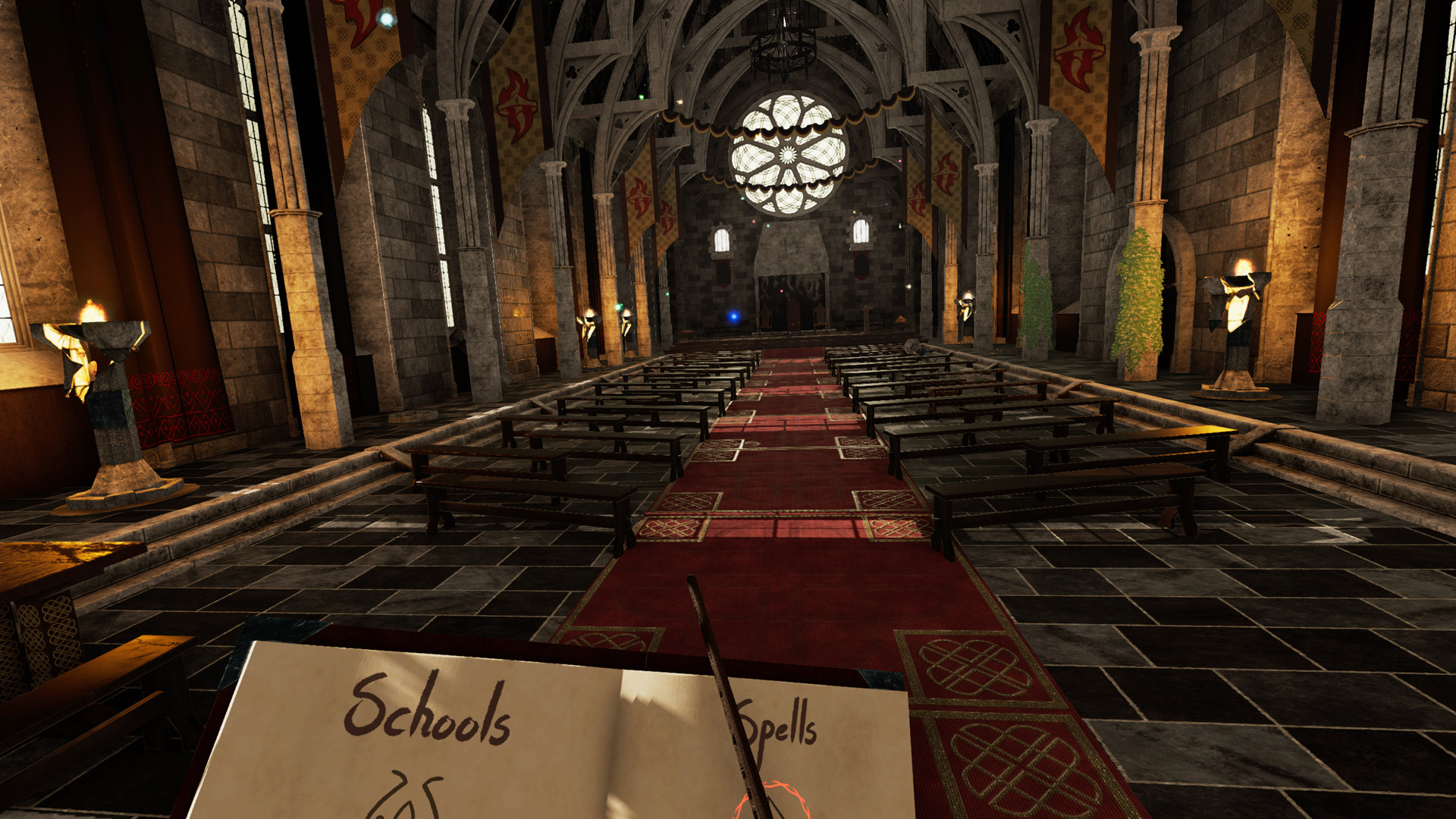 After sorting out the mobile metal shells you are moved on and learn more of the story of the castle and it’s people. A puzzle is presented to you then more enemies. This is the basic set up for the game. Puzzles and fights. But the mechanics are where I feel the game falls down. To begin with movement is via teleportation, there’s nothing inherently wrong with that, it’s been used by many games and used well, the main issue I had was how sensitive the movement was. I frequently found myself suddenly on the other side of a room or in some odd spot because presumably my finger had been on or too close to the teleport control and sent me there. Couple that with the fact that the way the wand and spell book are used together can be quite clunky and you have some very messy combat situations. That wand and spell book issue is at least two fold. One: there are no real indications what each spell does and whilst you can select it, you might not be able to actually use it if you don’t have something to use it on/with at the time.
Two: it can be pretty messy having to constantly go from activating the spell to casting it. I am somewhat assuming here that there wasn’t a way to memorise the pattern and simply do that in the air… because I didn’t manage to get that to work, but perhaps I was tracing it incorrectly in the air? 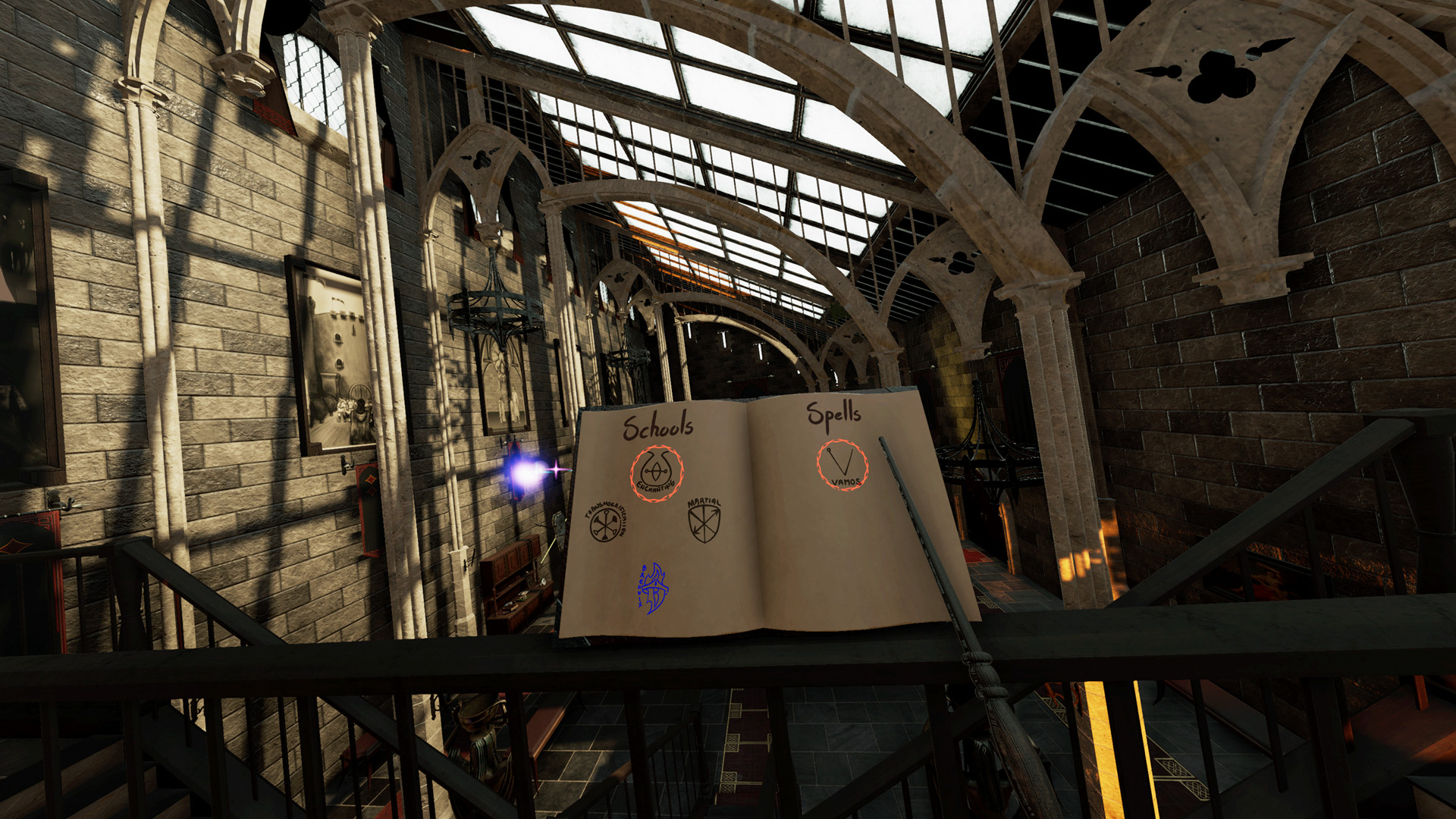 Somewhat related to that casting issue is the fidgety nature of the puzzle solving. You find the right spell, you cast it to move an object from where it is to where it needs to be… but frequently you then find you are too far away from where it needs to go and the spell doesn’t seem to have a way to stretch to the target location… instead you have to find a way to move there once you have the piece you are after, or shift to a spot closer to the piece and it’s final location before even attempting to complete the puzzle.

There are some nice things about the game, the architecture and “set decoration” is quite lovely, the voice acting is fine (in a very child actor in a theatre production way). But I think the overall game lacks a bit of refinement. I don’t think the issues are insurmountable and may well be fixed with patches… but as it currently stands I just didn’t enjoy it.

It’s not super expensive so if you just want to add more spell casting to your VR library, it is an option. I’d recommend waiting for a sale or until patches tweak the gameplay a bit. Otherwise, regrettably, I’d say perhaps give this one a miss.