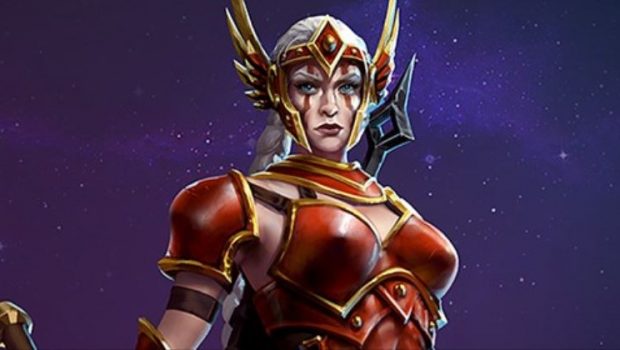 Diablo II’s, Cassia, is now live and playable in Heroes of the Storm! Wielding the power of lightning and a sturdy shield, Cassia asserts her will over any Battleground as a highly aggressive ranged Assassin whose Avoidance trait allows her to mitigate even the strongest physical attacks.

Cassia has three basic abilities: Lightning Fury is a projectile that damages an enemy, and also splits into two lightning bolts, dealing additional damage to other nearby foes; Blinding Light blinds enemies in the target area for 2 seconds and increases Cassia’s damage output by 15%; Fend sends a damaging charge at enemies every 0.25 seconds, for a duration of 1.5 seconds.

Cassia’s Heroic Abilities include Ball Lighting, which when thrown, bounces between her and nearby enemies, damaging them in its path. She also has Valkyrie which when summoned, rushes to Cassia, pulling and damaging the first enemy Hero hit, and stunning them for 0.5 seconds at the end of her path.