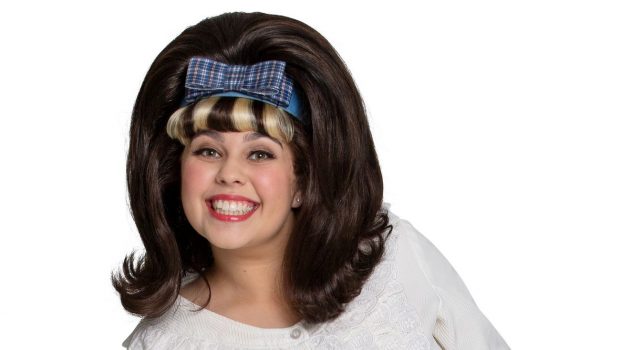 After an extensive national search, Carmel Rodrigues has beaten hundreds of auditionees to play the coveted role of Tracy Turnblad in the Tony Award-winning production of Hairspray.

Rodrigues was spotted through the open casting call process, where she auditioned after seeing Shane Jacobson, who is playing Edna Turnblad, on television talking about the search for Tracy Turnblad.

“She is IRRESISTIBLE! This is one of those discoveries you literally get down on your knees and thank God for!” said director Jack O’Brien.

The idea of Tracy Turnblad being cast with a relatively unknown performer in the role is a tradition which has been followed from Broadway and West End productions since the musical premiered.

“I am so unbelievably excited and grateful for this opportunity. I always dreamed of starring in musicals on stage but didn’t think it would come true on the stage of the Regent Theatre in one of my favourite musicals of all time!” said Rodrigues.

“And in an amazing full circle moment, I performed in my high school production of Hairspray where I played the role of Tracy Turnblad so I can’t wait to again perform in a role that is really close to my heart,” she added.

Sydney-based Rodrigues has always loved performing from a young age and might be familiar to audiences from when she appeared as a 16-year-old in 2016 as a semi-finalist on season five of The Voice, where she was coached by Jessie J and the Madden Brothers.

She also has worked closely with Sharon and Christine Muscat of the Sister 2 Sister School of Singing over the last eight years as a student and more recently, a member of their teaching staff.

Rodrigues is joining an extraordinarily talented cast, including Shane Jacobson, Todd McKenney, Rhonda Burchmore, Rob Mills and Asabi Goodman, in the premiere of the Tony Award winning Broadway production of Hairspray, set to open at the Regent Theatre in August.

Set in 1962 in Baltimore, Maryland, Hairspray tells the story of dance-loving teenager Tracy Turnblad who has one dream – to dance on The Corny Collins Show. When her dream comes true, Tracy is transformed from social outcast to sudden star and she must use her newfound power to dethrone the reigning Teen Queen, win the affections of heartthrob Link Larkin and integrate a TV network… all without denting her ‘do!

The Broadway production of Hairspray also toured nationally across the US, a West End production was nominated for a record-breaking 11 Olivier Awards, and it was adapted as a film in 2007 starring John Travolta, Michelle Pfeiffer, Christopher Walken and Zac Efron.

Tickets on sale now via www.hairspraymusical.com.au