Summary: VR doesn't have to be played alone... grab a friend and dance with death in a puzzler for two.

Anyone who has been around VR is likely to have noticed that the typical setup features one person wearing a headset and experiencing the VR world and a secondary display (typically either a computer monitor or TV) displays what the wearer of the headset sees. It helps VR be more inclusive by allowing people to be spectators rather than just people sitting or standing around while someone looking like a “super fly” (to paraphrase my wife) waves their arms around and generally looks like they are taking a beginners course on mime. Carly and the Reaperman takes it one step further and reminds us of those fun days sitting beside our sibling or friend at a computer or console and playing co-op (or split screen PvP) and all the fun that came with that, only now we have our own screen, one via headset the other via tv or monitor. 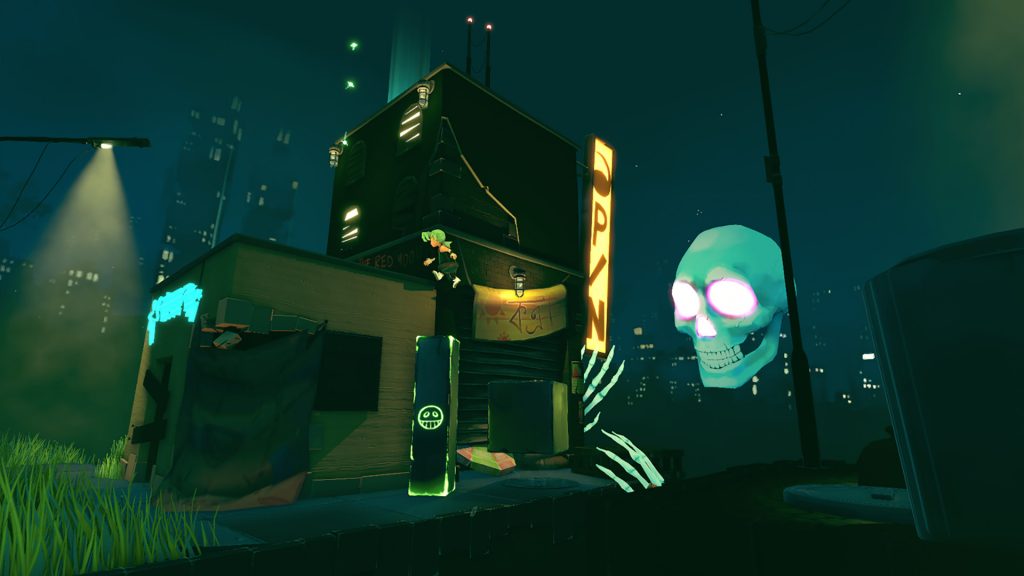 To give you a very quick general idea of what to expect from Carly and the Reaperman… imagine if they made a children’s cartoon of Beetlejuice… oh wait, they did… ok… imagine that Lidia Deets was a bit younger and perhaps a bit more upbeat… then put her in Beetlejuices afterlife… the visuals have that sort of Tim Burtonesque vibe to them, though perhaps a bit more cutesy. The gameplay splits the two eponymous characters so that Carly is played by the PC gamer and is tasked with the running and jumping, puzzle solving while the VR player gets to play The Reaperman and help clear the path (or “create” the path) so that Carly can continue on her path. 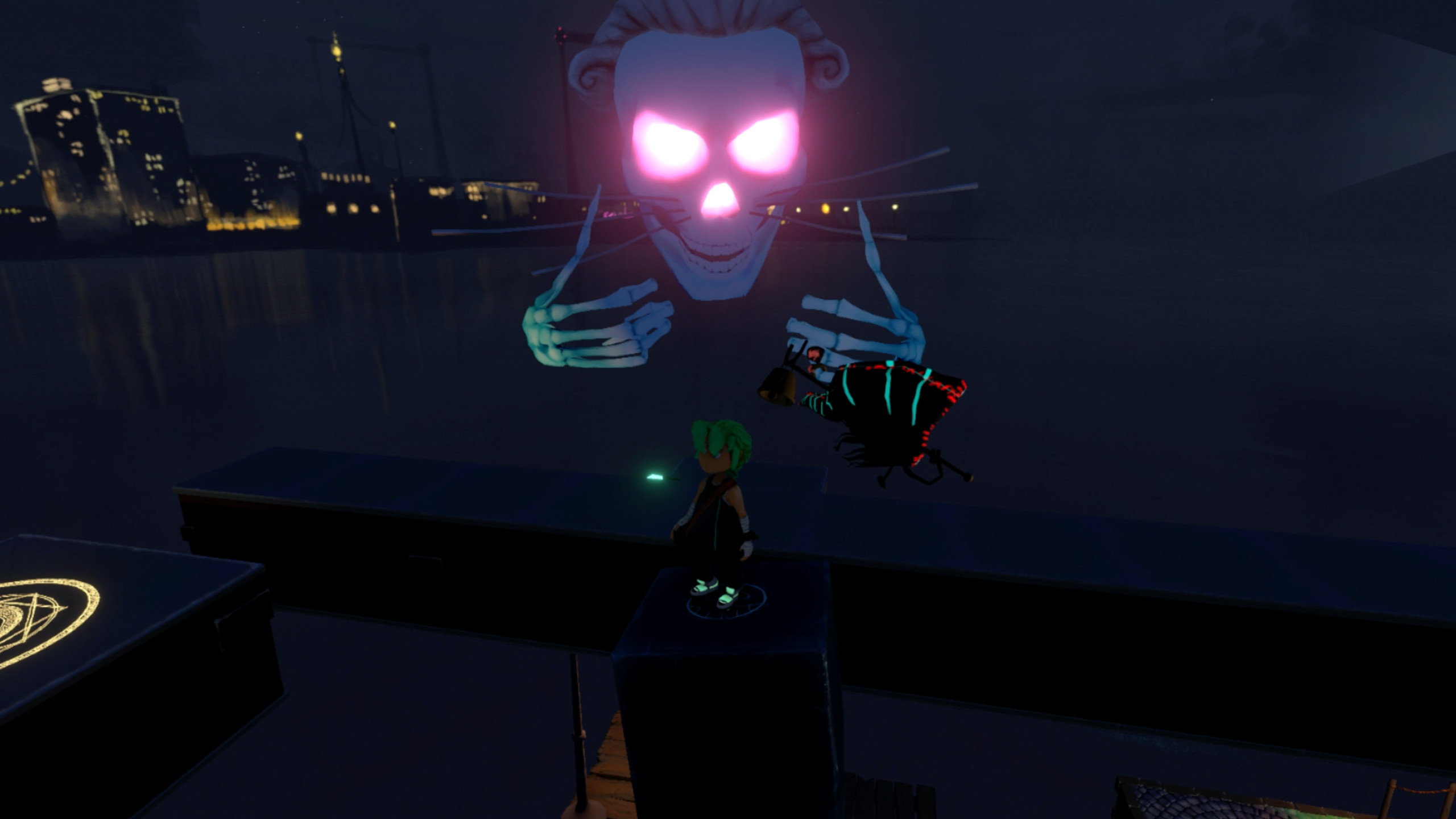 Other than the ghoulish theme the game is very child friendly… there isn’t any fighting and enemies are only there to try and block Carly’s path, nothing violent at all. It could be a bit scary having a giant skull and hands following you around everywhere if not for the fact that the human controlling it won’t be able to help themselves and will likely end up doing some silly dance at some point or goofing around in some other way. This of course is the great strength of the game. Puzzlers can be fun in their own right… but when you can play with a friend it just makes it more engaging… the fact that one of you can make use of VR tracked controllers and make wild gestures that just aren’t possible with more traditional controllers just lends itself to some humorous moments… that may or may not always be appropriate for child gamers… so maybe adjust to your audience/co-gamers. 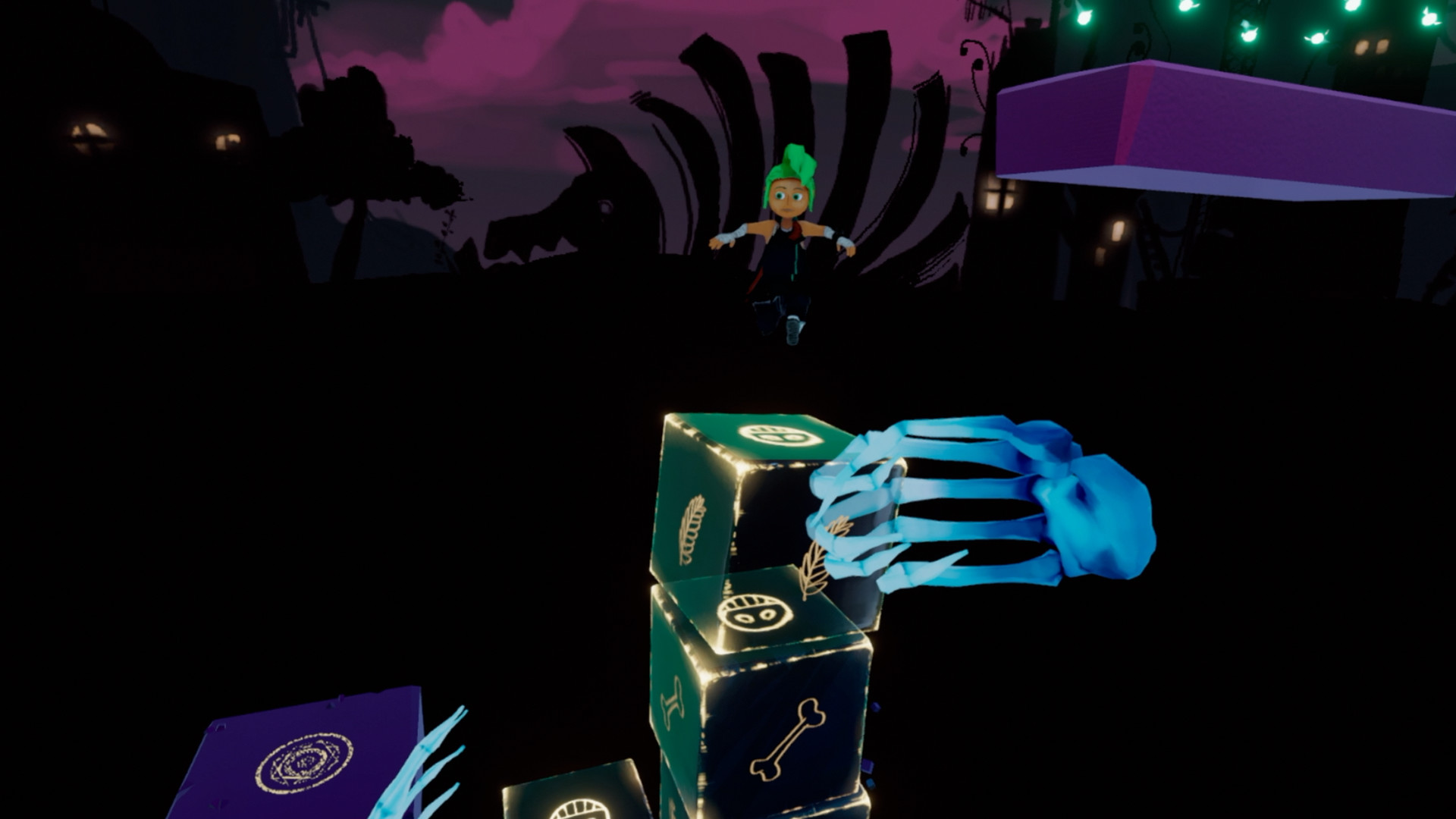 I first picked this up on pre-release and had a bit of difficulty figuring out the controls but the developers have worked hard to iron out the kinks and have presented a lovely game to further help introduce your friends to VR. For those interested, a one player mode is planned for the future as well which is nice because the little world that has been created here has it’s own charm that can be fun to visit and you may not always have a willing second player to join you. 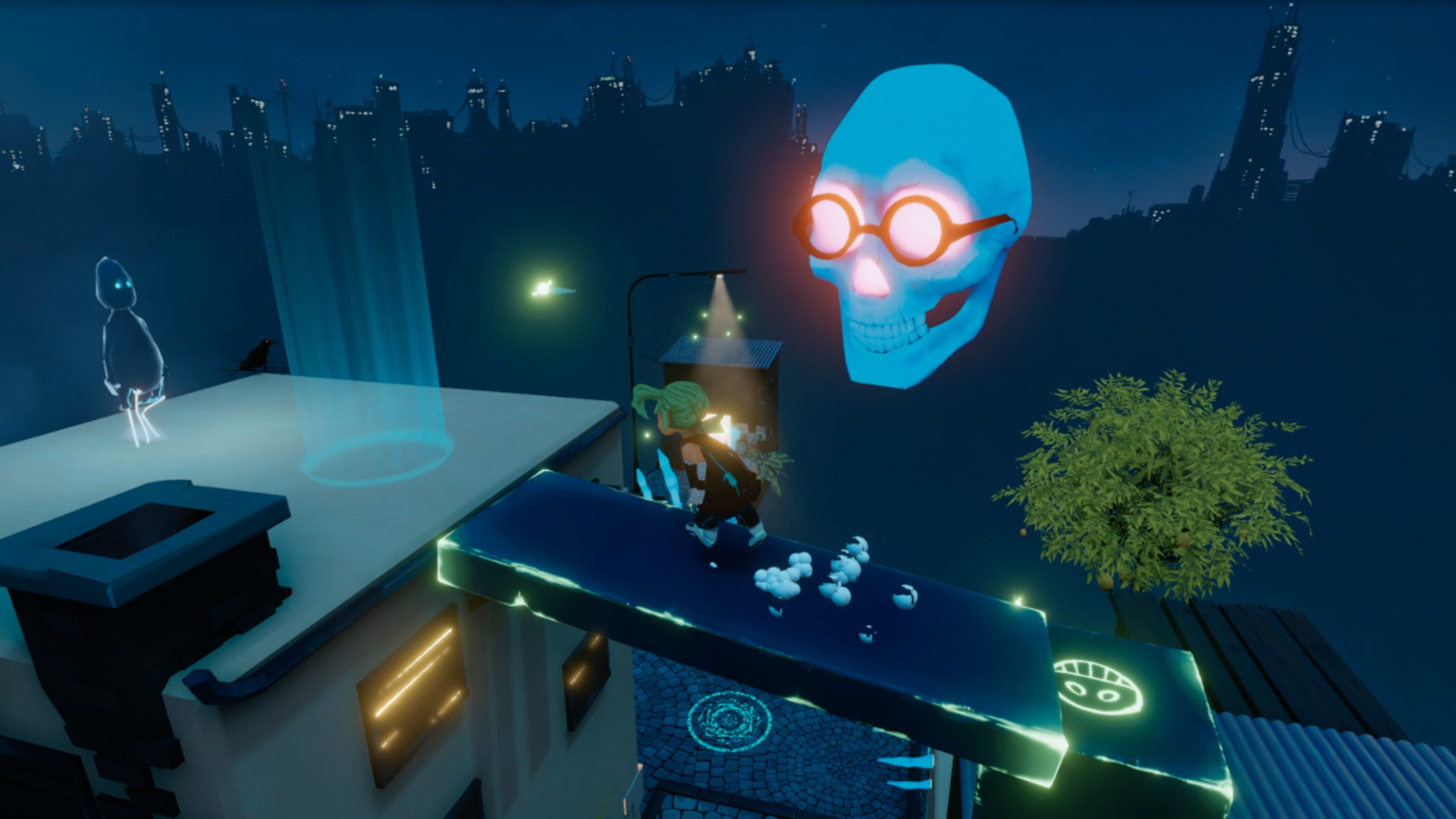 Overall, it’s nice to have another local multiplayer game for VR…. there have been a few in the past but I think, as with many VR game genres, developers are really starting to hone their craft and are producing some games with great unique game mechanics that just weren’t really possible a short while ago. Using that second screen as an active screen rather than just a passive audience screen is a nice move too and helps make VR more inclusive. For the price point, especially if you like gaming with friends, I’d say it’s a great option… if you’ve got kids and perhaps aren’t too sure about letting them loose with your expensive headset… this could be a great way to include them in your VR gaming without as much of a fear of breakages.