Summary: Captain Toad: Treasure Tracker is a natural fit for the Nintendo Switch. Unfortunately, the additional features of this re-release are rather lackluster.

Much like Donkey Kong Country: Tropical Freeze before it, Captain Toad: Treasure Tracker was a true gem on the Wii-U that simply didn’t get the recognition it deserved due to the system’s relative scarcity in the gaming marketplace. Also like Tropical Freeze, Nintendo have re-released Captain Toad: Treasure Tracker for the Nintendo Switch with a few additional features. And again, similar to the re-release of Donkey Kong Country: Tropical Freeze, these additional features aren’t all that exciting, but the prospect of playing this fantastic game on the go most certainly is. 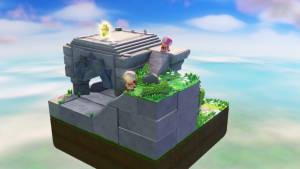 We reviewed Captain Toad: Treasure Tracker back in 2015 when it was first released for the Wii-U. That original review still accurately portrays the Nintendo Switch version, but to briefly summarise: Captain Toad: Treasure Tracker is a puzzle game that incorporates a select few 3D platforming mechanics to create a rather unique gameplay experience. 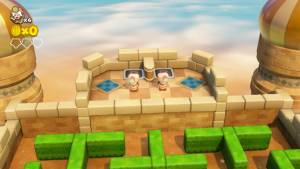 You play as the titular Captain Toad on a quest to rescue Toadette, who was snatched away by an evil giant bird. Captain Toad’s skillset is fairly limited: he can run, climb ladders, throw turnips and carry items – he can’t jump and he can’t directly attack enemies. This is what makes Captain Toad: Treasure Tracker a puzzle game at its core. You need to analyse each level and determine how to navigate the obstacles, dispatch the enemies and reach the collectible items on your way to grabbing the power star at the end. 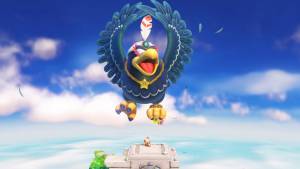 This puzzle-esque gameplay is just as much fun now as it was back in 2015, and yet Captain Toad: Treasure Tracker feels far more at home on the Switch than it did on the Wii-U, simply due to the Switch’s portability. Most of the levels can be completed in a matter of minutes, making it perfect for short-burst gameplay sessions. There are also unique challenges in every level and plenty of collectibles to find, making it a game that I envision myself sporadically picking up and playing whenever I need a short break from something else. 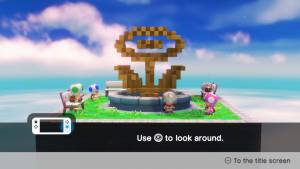 There are a few new features added to the Switch version of Captain Toad: Treasure Tracker that, unfortunately, really aren’t too impressive. There are an additional four levels added to the game based on worlds from Super Mario odyssey. These levels are fun and look great, but I would have liked to see a few more. 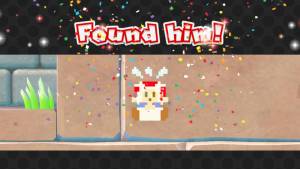 A new two-player co-op mode has also been added, which functions similarly to the co-op mode in the Super Mario Galaxy titles: one player controls Captain Toad as per the single-player game, the other player controls an onscreen cursor that can be used to attack enemies and activate mechanisms in the environment. This type of co-op mode works well, but the slow-paced nature of the gameplay will make this an unappealing prospect for most players after one or two levels. 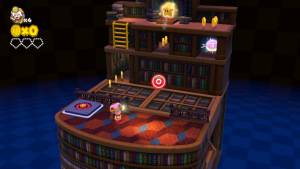 There are a few other Switch-specific issues that are worth noting about the Switch port of Captain Toad: Treasure Tracker. There are a number of obstacles in the levels that require you to physically poke them on the touch screen to interact with them – so if you’re playing with the Switch docked to your TV, you’ll need to point the Joycon at the screen and click the shoulder button to interact with them. I found this to be a decent solution to the problem, however you’ll occasionally be required to make motions with the controller to replicate motions such as turning a wheel. Again, this is an adequate solution to the issue, but is far more inaccurate than simply interacting with a touch screen.

Also worth mentioning is the measly 1.6GB install size the game requires, making it an ideal choice for digital purchase if you want to keep it installed on your system. Once again, I am astounded at how Nintendo have managed to cram such a gorgeous, fully featured game into such a small package. There are over 70 levels to play through, which should take around 9 hours or so if you’re simply looking to get to the end of each course. And of course the game still looks great, both when docked and on the Switch’s screen in portable mode. 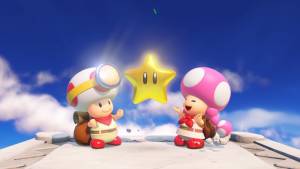 Captain Toad: Treasure Tracker remains an excellent game that feels perfectly at home on the Switch. The short-burst gameplay of the diorama-puzzle levels suits the portable nature of the system to a tee. It still looks, sounds and plays as well as it did on the Wii-U, so if it didn’t hold your attention then, the lackluster additional features aren’t likely to change your feelings now. If you’re a Switch owner looking for a joyous, simple, unique puzzle game, then Captain Toad: Treasure Tracker is worth some permanent space on your memory card.