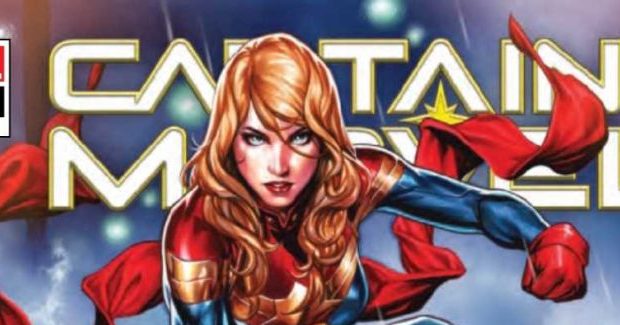 I’m not usually the type of person that gets lost for words. When I read a comic or watch a movie, I’m usually pretty vocal about what I enjoyed or did not enjoy about it. However today, I will not liewhen I say after reading Captain Marvel #9… I kind of just spaced out. I felt like I had to really let this one digest through my mind while I tried to decide if it was bad or not. Now I know it wasn’t good by any means, but I kept asking myself “Was it bad?” To be honest with you, I still don’t have an answer as this issue just left me with a feeling of meh.

I think what really bothered me about this story so far is that it is nothing new. It’s that same old regurgitated trope of X Hero looses X Power and the lengths they will go through to get them back. So yeah, Carol Danvers has lost her power and we get plenty of bland inner monologue about how she’s lost her powers. I mean really boring stuff about how she feels lost without her powers and how she is kind of jealous of another hero because they saved the day.

So in this issue, Carol and Rhodey going gallivanting about in the sewers, trying to figure out why Minerva is doing anything that she is doing. They come across an obvious trap and find themselves fighting a monster she has already fought before. OH DID YOU KNOW SHE’S NOT AT FULL POWER?!?! Yeah because you know… haven’t seen this before.

So anyway, Star saves the day and, as I stated before, Carol gets all in her feels about this. Tony arrives and convinces her to let him take a look at her. I’ll go ahead and let you know that nothing important happens in this next part of the story. There is a bunch of tech babble and Carol makes a terrible reference to Dazed and Confused. Actually, I can’t say nothing important happens: they do find something in Carol, but of course she’s all hush hush about it, because you know… screw your teammates. 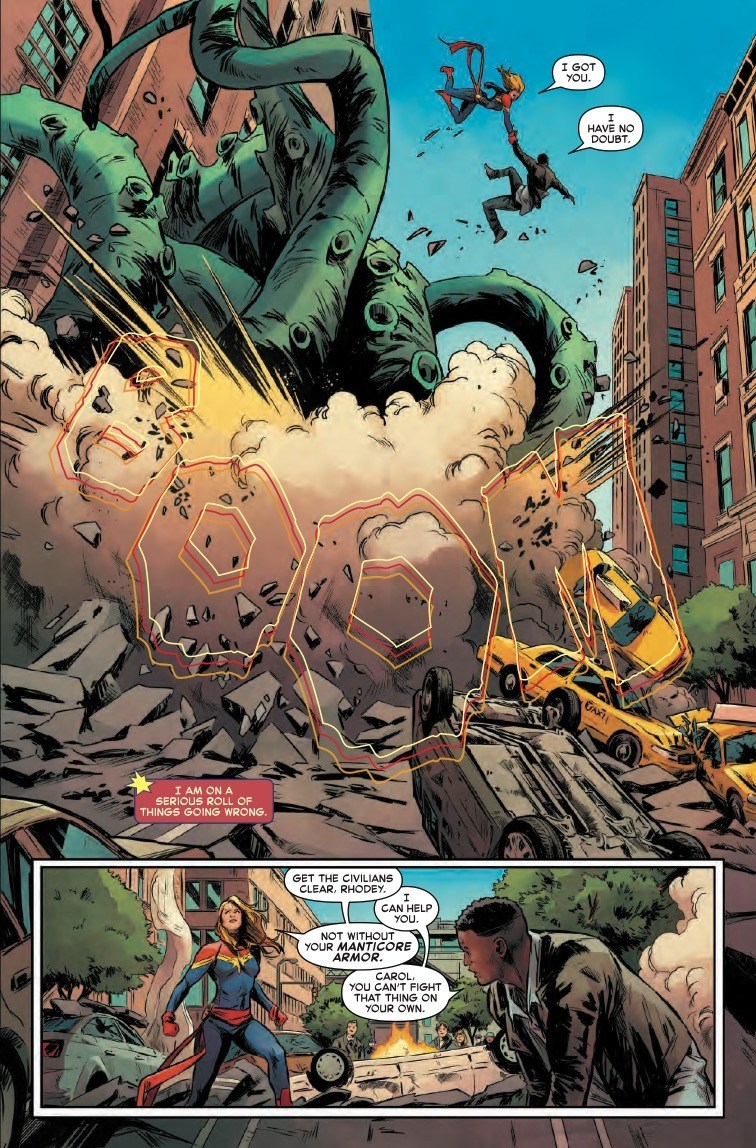 Anyways, Carol dips the hell out with Jessica Drew in one of Tony Stark’s cars that they stole. You know because when bad guys do it… crime. When good guys do it, oh it’s good old fun between the gang! Sorry, I digress… So, Carol and Jess go off to Maine where Carol has a knock off Bat-Cave where even the computer has CAPTAIN MARVEL sprawled across the computer screen, in big letters, because this issue wasn’t cringey enough and the artist said let’s kick it up a notch.

Whatever, doesn’t matter, this issue ends in a cave where all copies of this story should be lost.

I would usually like to talk about the art in this issue but just like the story it is just bland at best. I mean, they are totally better than mebut when it comes to comic book art, this issue just lacks all the way around. This issue may have some appeal to die hard Captain Marvel fans but as a whole in this big market of comic books, it is just mediocre at best. I’m giving this issue 2.5 stars. 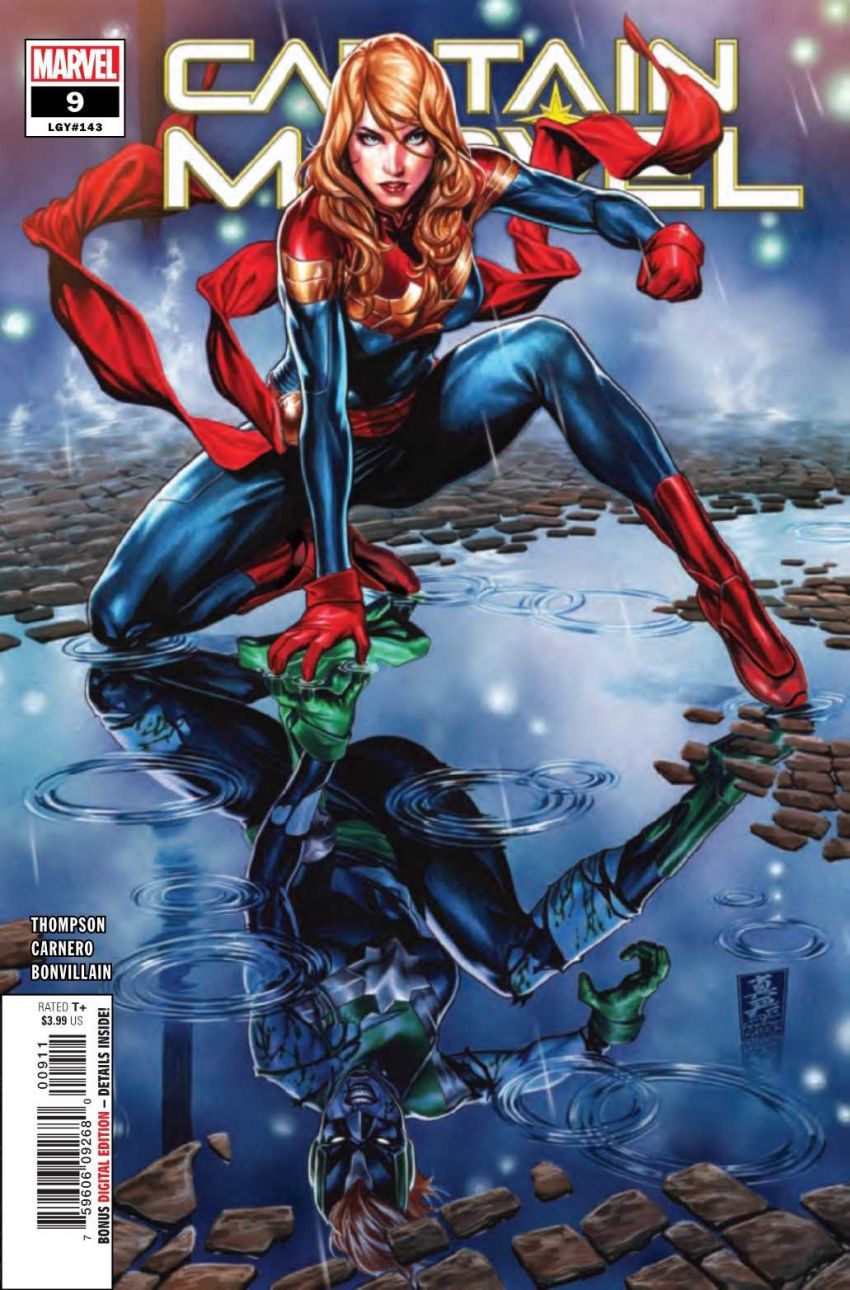