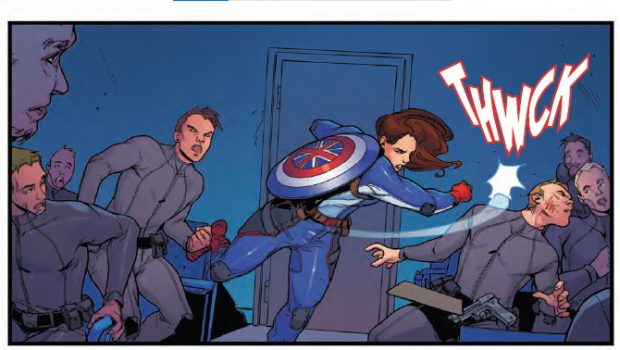 Summary: While it is good to see more action in this instalment, it feels like you are being punished if you don't read every one of these as there are some important things missing in the recap.

After being involved in an operation that turned out to be a fake in order to enable the Prime Minister to crackdown on asylum seekers entering the country, Peggy Carter’s friend Lizzie Braddock is targeted by what appears to be S.T.R.I.K.E agents and they have to track down who is responsible, even if it means hacking into her own organisation. In the mean time Tony Stark makes an appearance and manages to help out most when he is needed but it seems more is at stake here and everyone will be against Captain Carter.

Another series where you get severely punished for missing even one instalment. Something big happened previously but they don’t explain it that much and it also suddenly means everyone is against Captain Carter for some reason.

Tony Stark does make an appearance but it is in a different form than we are used to as somehow his normal body is a suit now?

While this one is best if you have been reading the rest of the series as it goes on, there is nothing stopping you still jumping into this one if you are prepared to miss some of the story. Worth a look. 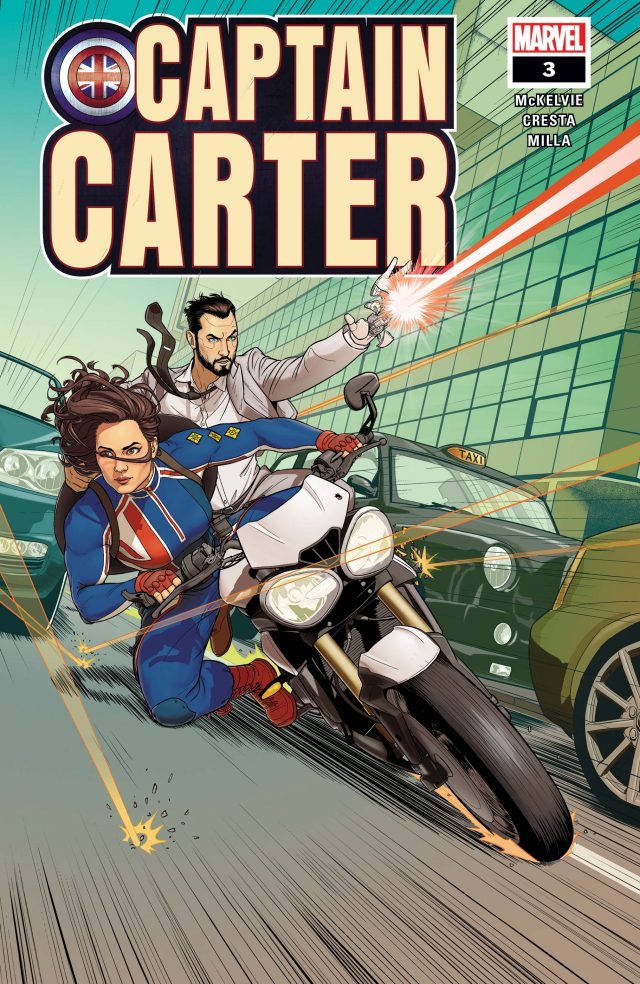