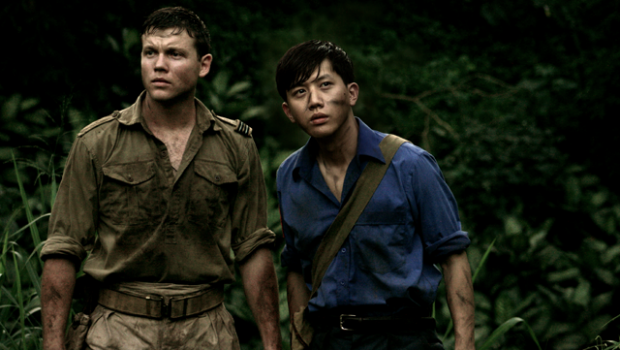 Although Canopy is far from the worst Australian film ever made, there will be few that will be as tedious. It is a World War II film made with minimal historical context, few personal details for its central character, and not enough tension. Its photography is pretty but thematically and ideologically vacuous and too keen to imitate much grander war films without understanding their meaning. First time director Aaron Wilson can’t decide if he is making an art house project that belongs in a gallery or a gritty war story. By attempting to be a little of each he comes up short on both fronts. Although seventy-nine minutes sounds like a slender running time for a feature film, you would be surprised how slowly time moves when the story is impersonal and lacking a clear purpose. I found it extremely hard to care or be engaged by Canopy.

The film is set in 1942, when Singapore has been invaded by the Japanese. An Australia soldier named Jim (Khan Chittenden) is shot down over the jungle and parachutes into the trees. He aimlessly crawls through the mud and the vegetation of the jungle, hoping to survive. His only ally is when he meets Seng (MO Tzu-Yi), a Chinese soldier. While they barely say a word to each other, they team up to hide from the Japanese forces that are searching for both of them. Not only do they have to contend with the density of the environment but also a nasty wound that injures Seng. 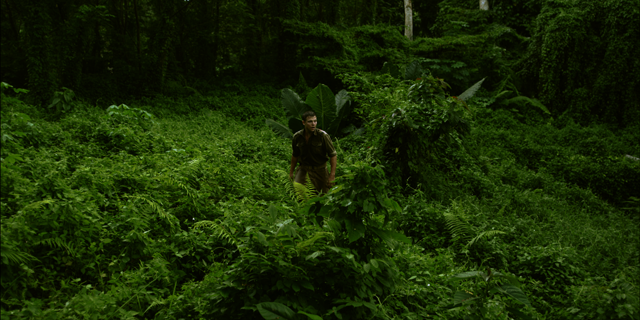 Paring a film down to cinematic images can enhance the realism by hiding the schematics of the script, so long as the director can justify the film’s length. It worked in All is Lost (2013) because the main character had practical tasks that fulfilled the action and time. There was also ongoing physical and mental tension from the ocean, storms and the frailty of its elderly protagonist. By contrast, Canopy is a premise without a story. It is too thin, dull and padded, even for a miniscule running time. As Wilson has only made short films before, the scope gets the better of him. He says the film is about the birth of trauma but it rests too heavily on atmosphere, the scenery and cheesy sound effects rather than characterisation to address an enormous theme. It doesn’t help that he also hampers the realism by making Jim and Seng the only two friendly soldiers in the area and forgetting that stomach wounds can’t just be sown up. They bleed quickly. Silence instead of dialogue also proves fatal and unintentionally comic when the actors are only allowed to use hand signals and point, not even improvise, when they are not in danger.

Wilson is aware of the thinness of the script and tries masking it by being arty. The film’s pacing isn’t slow, it’s deathly. Far too much time is spent dedicated to examining the foliage. It is simply filler. Low angle shots of trees might be a speciality of Terrence Malick films like The Thin Red Line (1998) but he is a master filmmaker who supports images with philosophy. Many long, unbroken camera shots in Canopy are meaningless and showy, like a long shot of a grassy area covered in tiny Japanese flags or tight close-ups of the characters lips and mouths. In the opening credits a technique is copied from Zero Dark Thirty (2012), where the screen is black for an age and we hear screams and bombings. It worked in Kathryn Bigelow’s film because it was a reflection of the lack of information surrounding September 11. Without the context the same technique looks like a poor imitation. At the end of the film a point of view shot from a Japanese truck is juxtaposed with the back of a Ute in the outback. I thought this was a flashback but the film’s production notes suggest otherwise. Who would know? 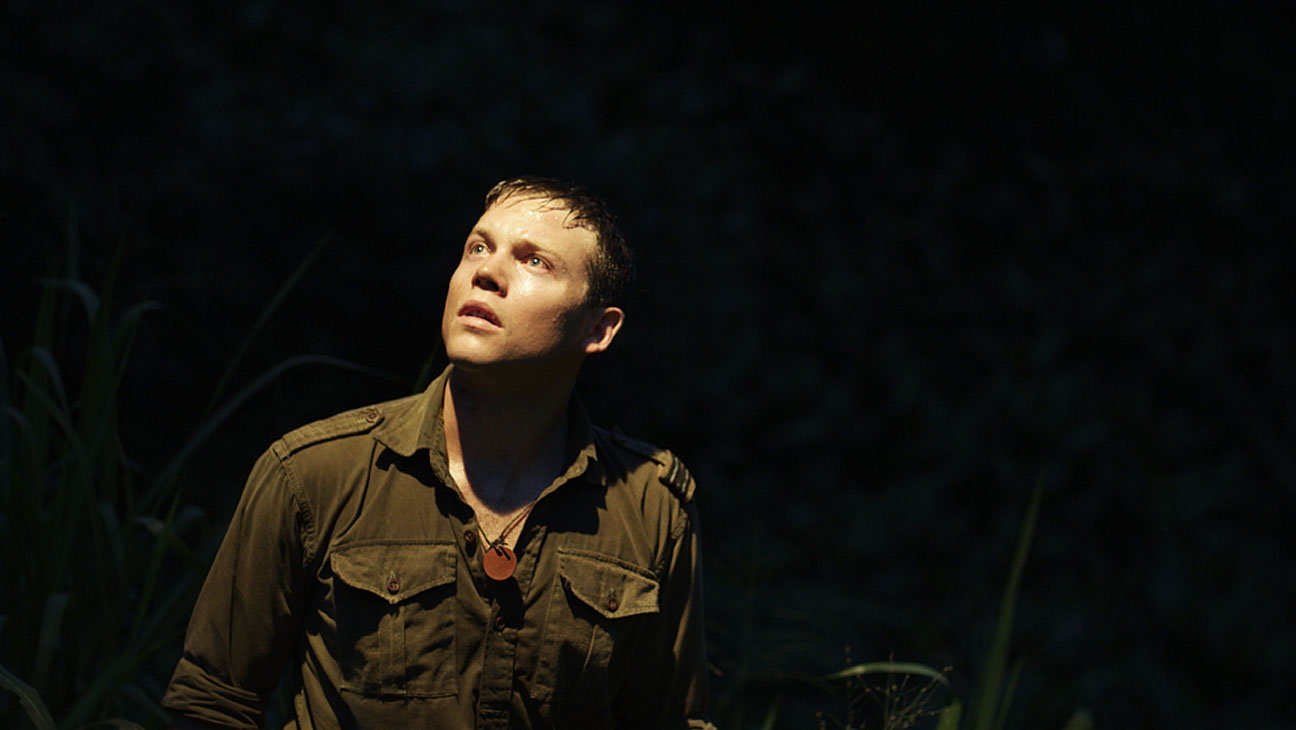 Although Canopy is terribly dreary and unsatisfying, I am still optimistic that the director will learn from this film and write a much more complete script. He is already preparing for his next film, which is said to be about men returning from war. It could be a lot more promising. Ultimately though, it is time that Australian films stopped posturing and imitating and started carving a new identity for themselves through improved scripts. Even a small film can become a great one if the writing outlines and sustains the intentions of the director.

Summary: Although Canopy is far from the worst Australian film ever made, there will be few that will be as tedious.