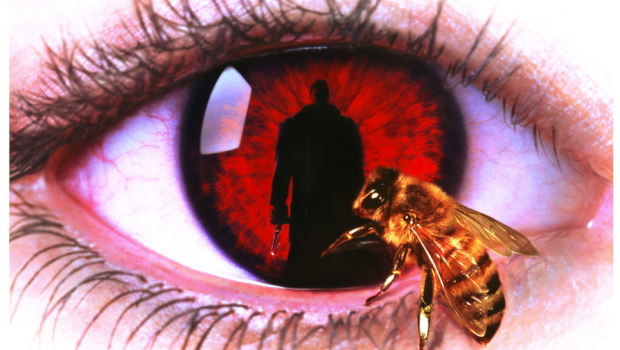 Summary: A must see Cult Classic horror film betrayed by a Bluray bereft of extras.

Sweets to the Sweet

Candyman has been remastered for his 25th anniversary, will you be his victim?

For those who don’t know, Candyman is a classic genre bending urban Gothic romance. It is set in 90s Detroit and stars Virginia Madsen as Helen, a university postgraduate writing a thesis on Urban Legends. Tony Todd stars as the eponymous, and career defining, Candyman – the phantom of a black freeman tortured to death after having a relationship with a white woman.

While Candyman is superficially a slasher, it bears more in common with Gothic romances from the 18th and nineteenth century. Candyman is widely considered to be one of the best, if not the best, Clive Barker adaptation(although I will leave that for viewers to decide) to grace the big screen. Read on to find out whether it is still sweet! 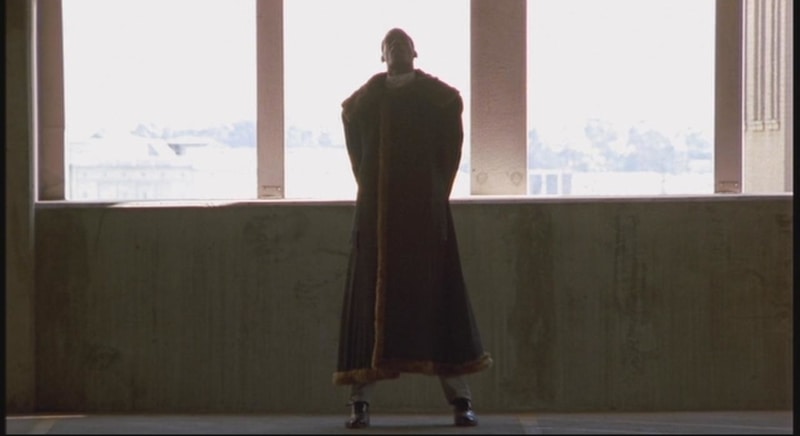 The premise of Candyman is straightforward, and nowadays, somewhat cliche. Helen Lyle is a postgraduate researching urban myths. She hears of an urban legend about Candyman. A vengeful spirit who appears to kill his victims with his hook for a hand after they utter his name five times into a mirror. Helen and her co-author Bernadette decide to research the myth for their thesis after they hear some university cleaning staff repeat a similar story.

These women, however, locate the murder in the infamous Chicago housing project, Cabrini-Green. Helen and Bernadette track down the murder site, but not until Helen has foolhardily uttered Candyman’s name in the mirror. From there Helen’s life spirals into chaos and carnage as she is pursued by Candyman who yearns for her to be his “victim”. 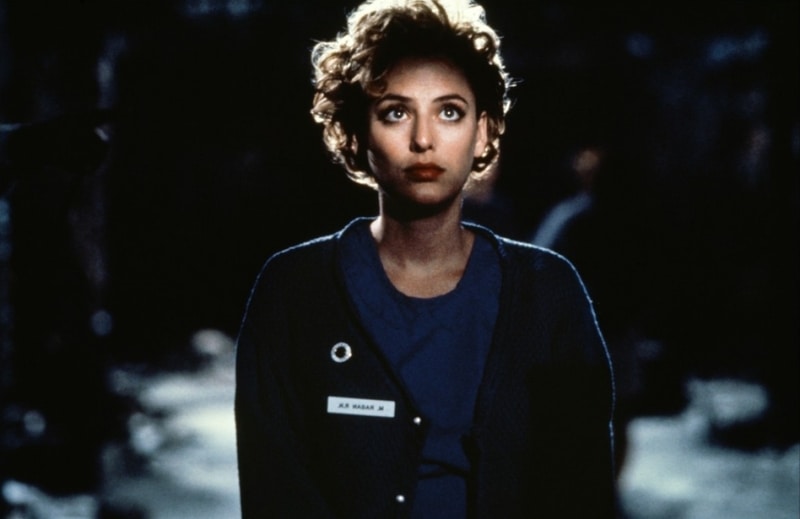 The setting of Candyman is unique among horror films of this period. Where other films chose suburbia, predominantly white suburbia at that, as the setting for their terror, Candyman focuses on the city. More specifically an urban housing project, Cabrini-Green which epitomised the failures of much urban government housing between the 1970s and 1990s. This setting and subject matter proved a point of controversy when the film was initially released in 1992.

Some critics felt it to be stereotypical and racist, others thought it was somewhat groundbreaking. Critics were caught between the stereotype of a hulking black man pursuing a white woman and preying on his own community, and a depiction of urban decay and exploitation placed there by institutional racism. The setting of Cabrini-Greene is a character in itself. Just as Candyman haunts his victims, so does the legacy of the failed housing project haunt Chicago. 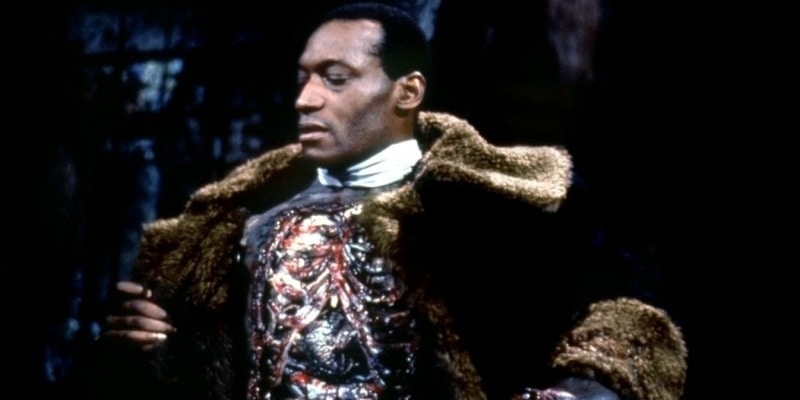 25 years on, Candyman holds up very well. Both as a horror film that develops a strong sense of dread and unease with a few jump scares, and as a cultural critique. Bernard Rose builds a consistent sense of fear and discomfort. The film begins with a common slasher trope, but rapidly becomes something more complex and nuanced. At first it is murder mystery, then a ghost story, and then a Gothic romance.

It is the nimble approach to genre that helps it work so effectively. Because it cannot be pigeonholed it bears up well against both past and contemporary horror films. It is not without its problems in dealing with racism. But contemporary criticism is somewhat kinder to this cult classic than that during its initial release.

Where-as it was initially attacked as being racist and stereotypical, more recent criticism presents it in a more favourable and progressive light placing it alongside Jordan Peele’s Get Out for its interrogation of institutional racism. This is not to say it is perfect, but it was progressive for its time in a genre that was unassailably white at the time. (This documentary by Scrappers Film Group is definitely worth a look if you’re interested in the connections between the film and the actual Cabrini Green estate).

Candyman holds up well because of its excellent cast. Virginia Madsen gives a great performance as Helen. Tony Todd gave a legendary turn to cement himself and Candyman in the pantheon of slasher monsters. While Xander Berkley gives a deliciously slimy performance as Helen’s husband, professor Trevor Lyle. The pacing is perfect. This is a film about creeping anxiety and fear, not jump scares. By today’s standards, there is very little gore. What visceral horror there is is largely implied, not shown.

Phillip Glass’ score is excellent, and very haunting. It is rare to see a composer of Glass’ calibre working on a horror film. Glass’ score still sells well, and is as recognisable as Carpenter’s work on Halloween or Mike Oldfield’s Tubular Bells track from The Exorcist. It will certainly haunt you with its ethereal operatic chants.

While the film holds up excellently to the passing of time, the Blu Ray release was quite disappointing. Candyman’s restoration was good. The picture is crisp and clear, the print has been nicely restored. The sound is mostly good. However, there is a drop in volume that occurs between the prelude and the first act. I tested this on several devices and it was there. The sound is good and crisp where it should be, and balances this nicely with haunting and ghostly moments.

Tony Todd’s voice over is soothing, ethereal, and chilling. The remaster has done an admirable job of keeping the layering with his voice over, rather than rendering it naff and two dimensional. But that is it. The Blu Ray includes no extras. Aside from from the obligatory subtitles and multilingual audio tracks there are no special features. This was bitterly disappointing given the film’s cult-status and the depth of actual contemporary criticism on the film and its legacy. 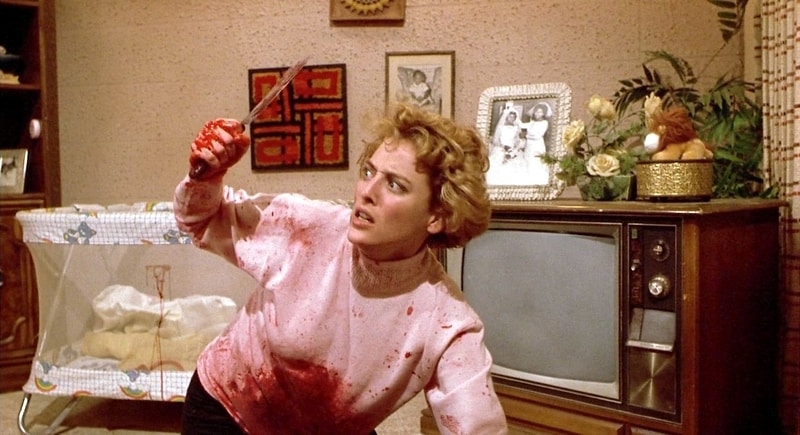 If you’re a horror buff, then Candyman on Blu Ray should definitely be in your collection. If the Blu Ray were retailing at over $12 I’d think twice about it given the lack of extras. Having said that, the film itself is a classic and definitely withstands the withers of time. The restoration does the original print justice. The acting is great, and its blending of genres makes it a horror film that will linger with you, rather than be forgotten by morning. If you haven’t seen Candyman, you should! Treat yourself to some sweet for the sweet. 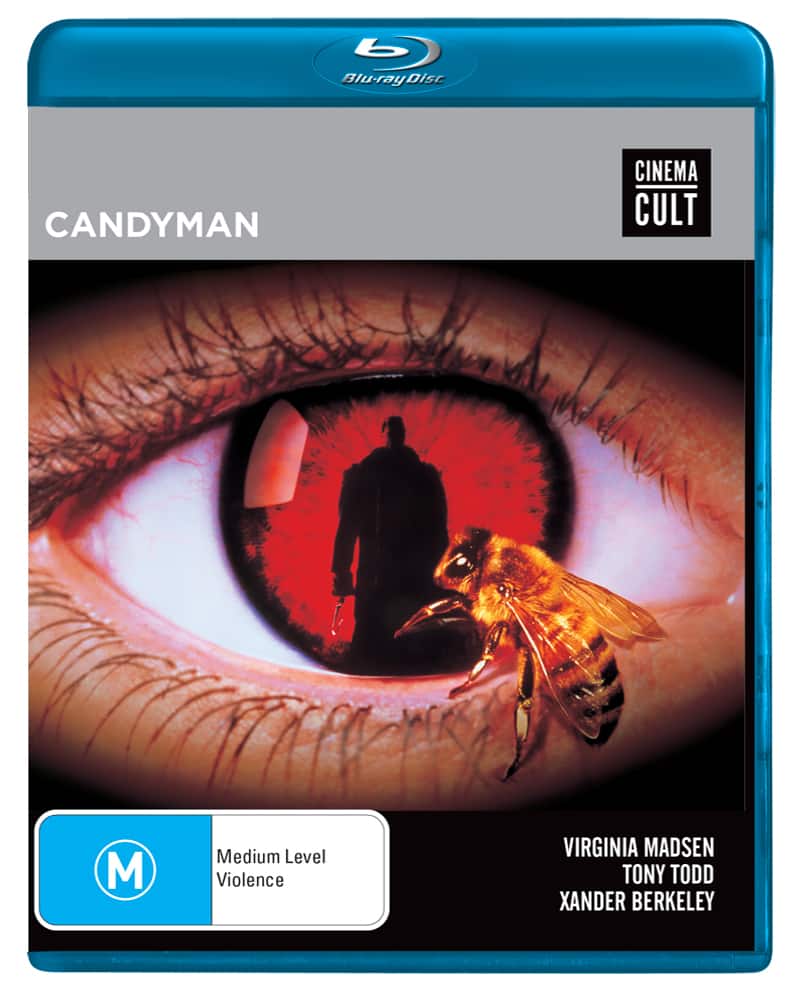