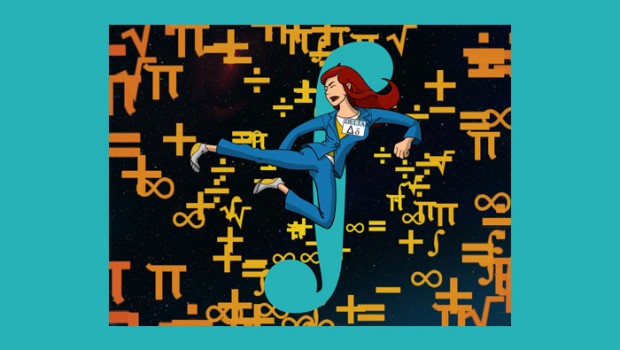 WASHINGTON, D.C. – April 7, 2014 – Kata Enterprises, Inc., an emerging developer of math edutainment for girls, has released a major update for their flagship game, SMART Adventures Mission Math. This educational game designed to get girls ages 9+ excited about math and STEM fields can now be played on Kindle Fire and other Android tablets, as well as on iPad. Plus, the updated version is localized in English, Spanish, Portuguese, German, French, and Dutch — so girls all over the world can join the fun!

SMART Adventures Mission Math is a one-of-a-kind game conceived by Emily Clarke, who struggled with math in grade school, and her mom Kathryn Clarke, an engineer. In this mystery adventure game, Space Station Prime is in chaos: the computers are down, the science labs are a mess, and the communication system is barely functioning. Is foul play involved? Playing as Agent Delta’s assistant Junior Agent Star, girls get to choose what their character looks like, use math skills to repair the labs, and question suspects to figure out “whodunit.”

SMART Adventures Mission Math is a rare video game that puts girls in the starring role, presenting positive female role models and giving girls the freedom to explore and learn. Each of the sabotaged labs has fun puzzles that challenge players’ math skills in fractions, decimals, bar graphs, factors, multiples, and more — all in a cool, playful, and pressure-free environment that girls love. While kids agree that math has never been so much fun, parents will appreciate that SMART Adventures Mission Math is safe and secure with no ads, in-app purchases, or links to outside websites.

Upon its initial iPad release (under its original title Mission: MATH…Sabotage at the Space Station), the game received four stars from USA Today and was recommended by GeekDad. App review site Family Friendly Apps praised the game for “focus[ing] on girls the right way, not with dumbed-down stereotypes” and called it “one of the best examples of an educational game that’s fun to play while being packed with awesome STEM education content.”

SMART Adventures Mission Math can be downloaded for $4.99 from the following stores: