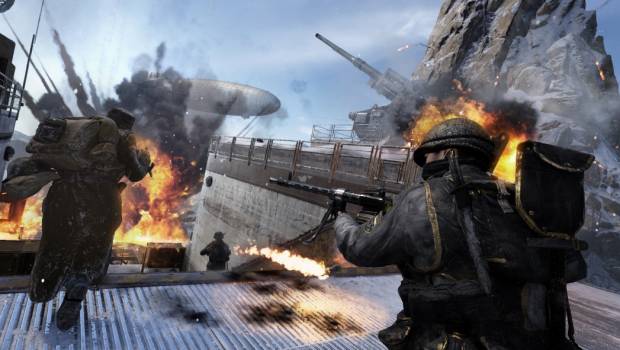 For the first time in a Call of Duty Game, players who own the Call of Duty: WWII Season Pass can invite their friends to join them on all three new Call of Duty®: WWII – Shadow War multiplayer maps, along with the War Mode mission for free. From now until October 29 in ANZ, Season Pass owners can party up with those who don’t own the content, and play alongside each other on Airship, Chancellery, Excavation and Operation Arcane.

*Party Up feature access will end on or before Oct. 29, 2018 in ANZ and may be discontinued in Activision’s discretion.  Season Pass owner must be Party leader to enable feature.

Call of Duty: WWII is rated R18+ for high impact violence, online interactivity and is available for PlayStation®4 system, Xbox One, and Steam. The title is published by Activision, a wholly owned subsidiary of Activision Blizzard (Nasdaq: ATVI), and developed by Sledgehammer Games with additional development support from Raven Software. For the latest intel, check out: www.callofduty.com, www.youtube.com/callofduty or follow @CallofDuty and @SHGames on Twitter, Instagram and Facebook.