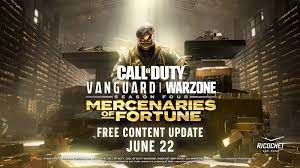 Summary: If you’ve enjoyed what Vanguard has had on offer up until now, then you’ll likely find something here to encourage you to finish out the battle-pass but there's little here to retain the haemorrhaging fanbase.

Call of Duty has a new season update that unfortunately fails to change anything in a meaningful way and just feels like more of the same old and tired content.

I’ll be honest, Vanguard has failed to hold my attention when compared to other Call of Duty titles; I usually play until the latest entry drops, primarily grinding out multiplayer, but with Vanguard I bounced off it quicker than flubber on a trampoline. As such, although I return to scope out the new content with each season drop, I’ll be remiss if I didn’t admit that I return begrudgingly and this might colour my opinion of the content on offer to some degree.

I feel like the COD franchise has coasted along on recycling content for far too long and it’s always a letdown when you wait for a new map only for it to be a repurposed, an often inferior, version of a fan favourite map. With the addition of the USS Texas 1945 map from WW2, we see this lazy copy and paste in effect yet again, except this time it’s a map that literally nobody cares about from a game that many cite as the worst iteration of the last ten years. So, yay, I guess?

By sheer virtue of how the map is designed, it only really works for team deathmatch, with other modes like control descending into sheer unenjoyable chaos. Again this seems to be due to the way the map has just been awkwardly shoehorned in rather than being designed from the ground up to accommodate the faster style of gameplay when compared to that of WW2. 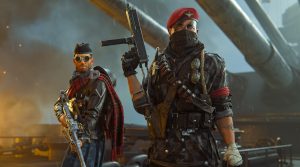 There’s a new midseason map, Desolation, as well, but I didn’t get the chance to explore what was on offer so it could really go either way in terms of quality.

Blueprint Gun Game makes an appearance here and it’s… fine? The mode plays out exactly as it has in other entries and, if it’s your jam, it might keep you busy for a few hours. Me? I played a few matches and quickly grew tired of it.

There’s a new zombies map, Shi No Numa, which sees players exploring a Japanese fishing village. While some environmental variety is appreciated, the true draw of this map is the reintroduction of rounds instead of purely being objective based. This style of gameplay harkens back to classic zombies mode and makes for a welcome change to the gameplay meta.

There’s also a new machine gun, which handles decently enough, as well as some additions to the Warzone map, which I haven’t checked out as I like having more than two games on my harddrive and COD titles notoriously take up massive amounts of space due to their shoddy compression.

Of course there are also a raft of new operators, weapon skins and the like to be unlocked in the battlepass if you’re so inclined; indeed, these drip-fed rewards would likely be the main reason many players will contend with the almost endless level grinding that now characterises the modern shooter game. 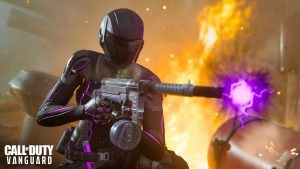 It’s clear that Activision is pouring most of its resources into the free-to-play Warzone and this is reflected in the lacklustre quality of the content with each season update. Honestly, it’s a bit of a slap in the face to those fans who dropped the dosh on the mainline title entry expecting the same level of care and attention to be afforded and instead get treated like second-class citizens.

If you’ve enjoyed what Vanguard has had on offer up until now, then you’ll likely find something here to encourage you to finish out the battle-pass but, I’m sad to say, personally I have no incentive to stick with the title and this latest update has only served to cement that sentiment, with a disappointing season update that adds little to retain the game’s haemorrhaging fanbase. 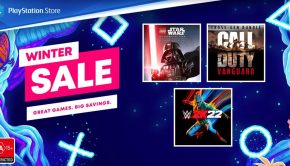 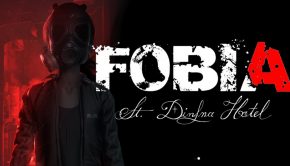