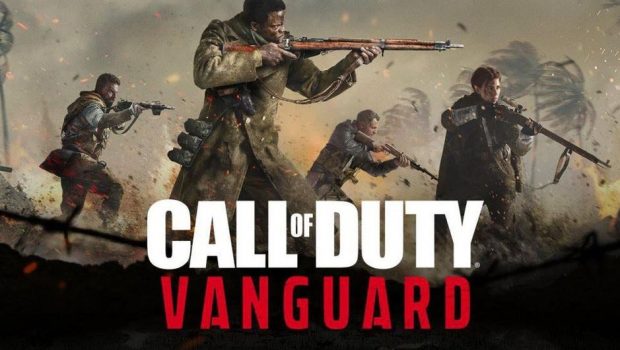 Summary: Although a solid offering overall, one can’t help but feel that the series has taken a step backwards in terms of the content available as well as the era depicted.

It’s a bit of a cliché to open every annual Call of Duty review with the phrase “Another Year, another CoD game”, so I’ll try to refrain from giving into temptation and move right along into the meat of the revi… Damn it, I technically already said it, didn’t I?

Lame jokes aside, just like every other year since 2005 this year sees yet another instalment in the long running series and it’s not looking like the franchise will be running out of steam any time; I often wonder how the series would be viewed if it took a more measured approach to its release schedule à la the Battlefield series, allowing entries to really sit with the fanbase for longer than a year before the next release kicks down the door and demands your strict attention, 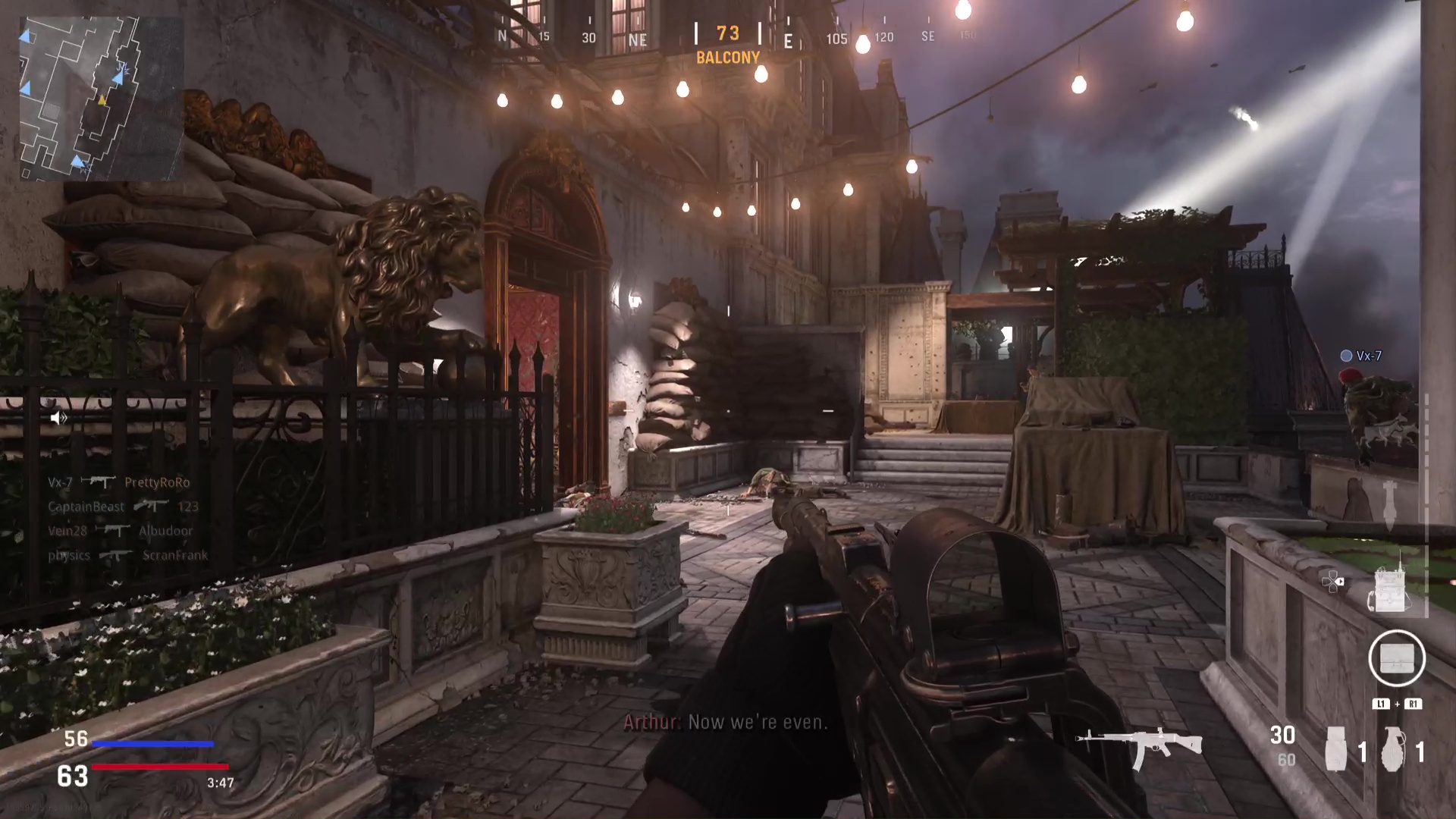 Anyway, enough conjecture about what may have been – What does Call of Duty: Vanguard offer up here to entice gamers to jump ship from Cold War, Warzone or even the surprisingly still quite active Modern Warfare?

Well, firstly, it see the series make a return to the Second World War for the first time since 2017’s aptly titled WWII,  which was also primarily developed by Sledgehammer Games. The gameplay feels more akin to Modern Warfare than the comparatively arcadey gunplay of Cold War, due to using the same engine. 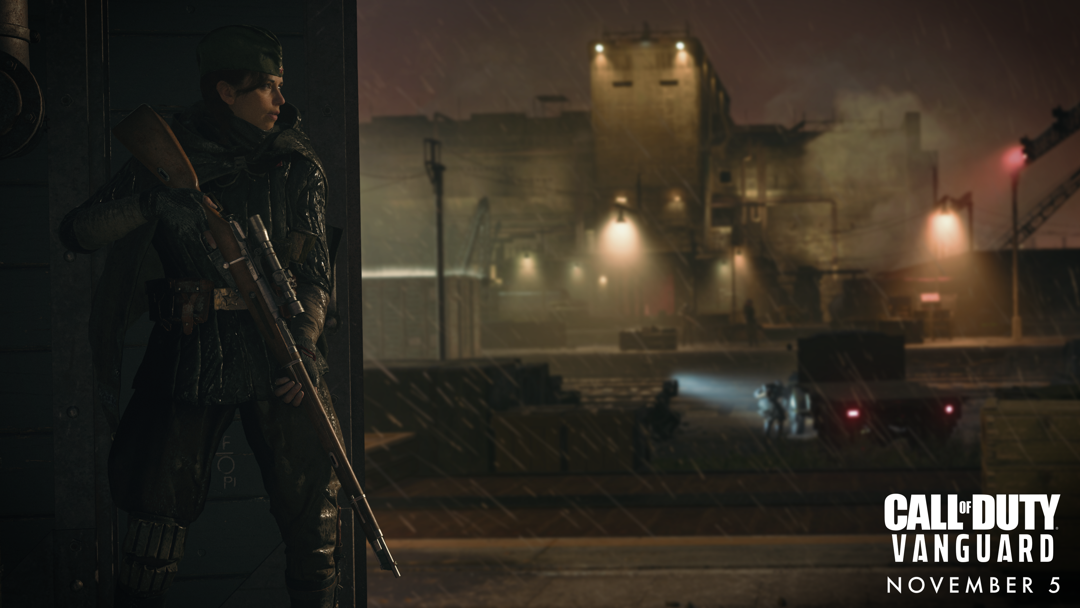 As with practically every other Call of Duty release, Vanguard is essentially a game comprised of three main components: The campaign, multiplayer and zombies. These three pillars of the series have remained constant throughout the franchise’s  history and although individual elements may vary, it’s fairly safe to say that most returning fans now what to expect from each mode by now.

Of course, there is now technically a fourth pillar in the integration of the free-to-play ‘Warzone’, which will be coming to the WW2 era party by changing the map from Verdansk to the Pacific theatre of war, but as that has yet to happen I can’t really comment on it and, honestly, after the proliferation of aimbotting and hacking that plagues the game, coupled with the absolutely gargantuan install file size, I bounced off of Warzone quite a while ago and haven’t looked back.

So, let’s break Vanguard down and take a look at each of the three main modes. First you have the campaign, which is follows the titular special task force and spends an ample amount of time  exploring the backstory of each member to show how they became involved in the hunt for proof of a secret enemy plan dubbed Project Phoenix which serves as the main narrative framing device. The characters are all engaging in their own way and their different approaches to combat, their reasons for engaging and their personal views and ideologies; these aren’t just faceless grunts, they’re imbued with personality and purpose that elucidates just why they would eventually choose to embark on an almost certainly suicidal mission to discover the meaning behind Project Phoenix.

The campaign takes you through pretty much each major theatre of war and certain missions will force you to adjust your playstyle to the character you’re controlling and utilise their unique talents; for instance, one bock of missions will see you using parkour to get around occupied city streets and relying on more stealthy methods to dispatch your enemies, whilst another character can issue commands to fellow squad members as they storm the beaches of Normandy in a fully-fledged assault.

One major letdown was the length of the campaign, clocking in at around six hours if you take your time making your way through. This is especially disappointing considering previous instalment Cold War allowed for multiple branching mission paths that made for a far meatier campaign, a model I was hoping to see expanded upon here. 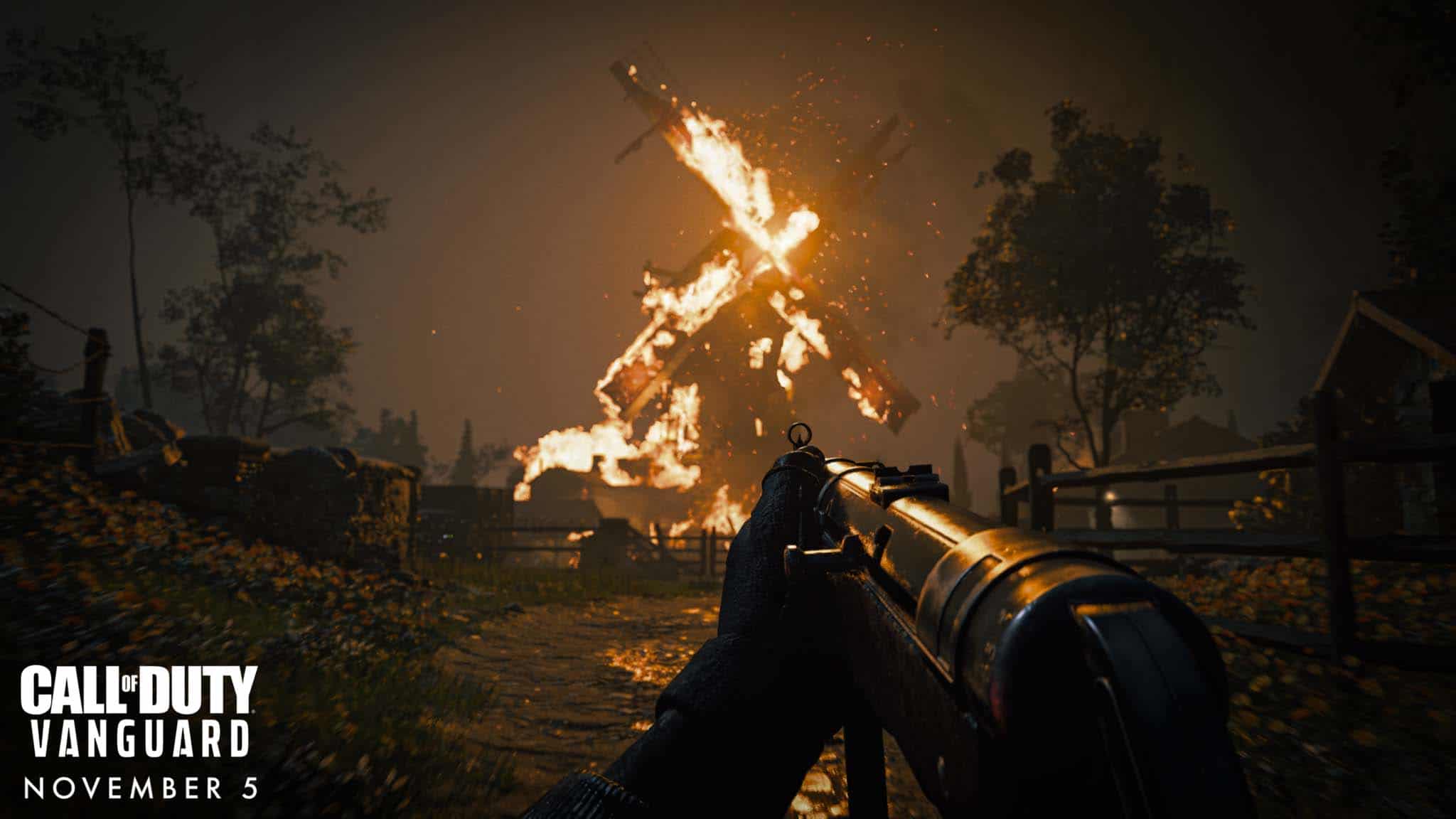 Next up we have Zombies, which was actually handled quite well in WWII with clear objectives and a decent little self-contained story. None of that is really present here, which isn’t entirely surprising as the latter was developed in-house by Sledgehammer whereas this time Treyarch has taken the reigns after some behind-the-scenes turmoil.

Treyarch quite possibly set the gold standard for when it comes to zombies, so their involvement is far from a bad thing, at least in terms of gameplay mechanics. However, the way the mode is structured this time around is curiously barebones and feels quite lacking in terms of content. 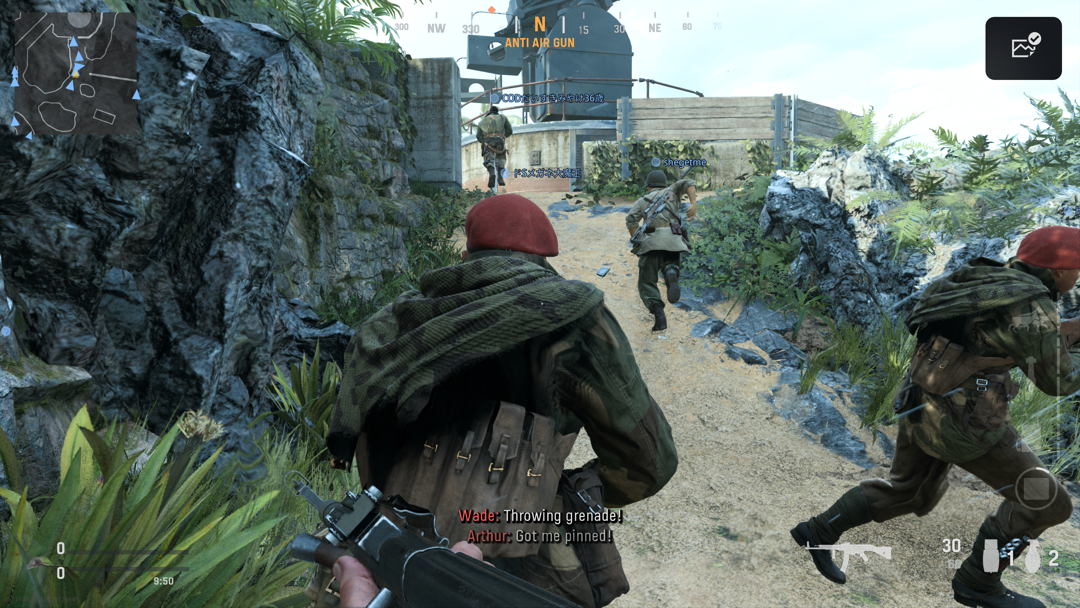 Instead of unlocking portions of a larger map and discovering easter eggs, or even playing in an open world-esque setting like Outbreak mode in Cold War, here players start off in a hub world and jump through portals to undertake timed challenges.

No easter eggs. No storyline. Just progressively harder challenges that aren’t anywhere near as varied as they should be; usually a buddy and I drop a few hours each play session running through zombies as it allows for a different style of play than traditional multiplayer, but here we both had lost interest by around round 12 and elected to exfil. We haven’t touched the mode since, which is honestly quite telling. 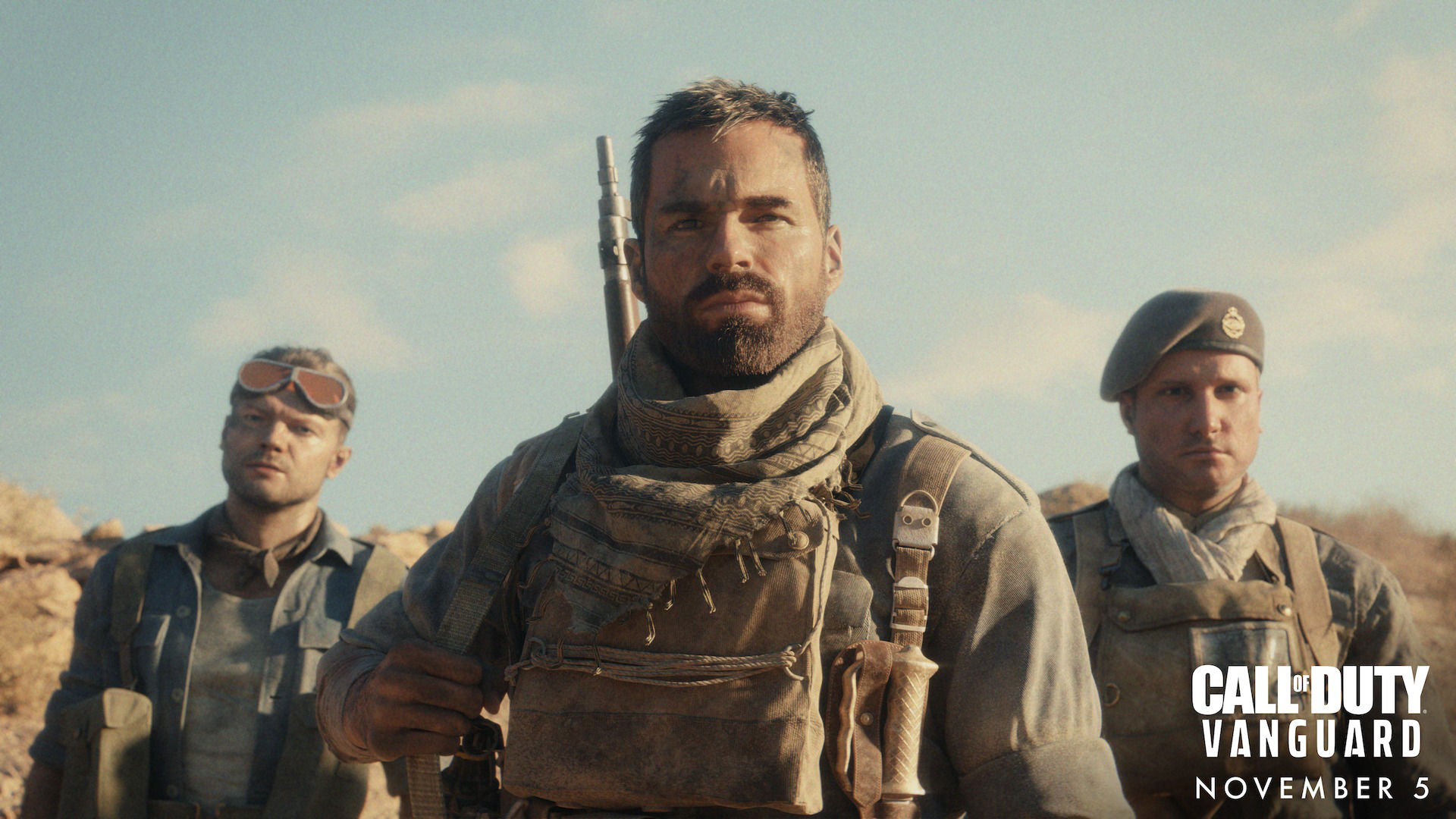 It plays as well as you’d expect mechanics-wise but is so devoid of any real content that it just becomes a monotonous slog to get through. Even the escalation in enemy numbers and aggression feels tedious and takes far too long to ramp up. Maybe this mode will be better served by some content additions further down the line but as it stands this was the most disappointing mode of the entire release.

Finally we have multiplayer and… Well, it’s multiplayer and it’s pretty much exactly the same as every other instalment in the series. There are 20 maps available now, a huge number when compared to the past few releases, and a few new additions here and there but essentially if you’ve played CoD multi before then you’ll know what’s up.

Old favourites like Team Deathmatch, Kill Confirmed, Hardpoint and the like all make a return, with the latter also being spun off into a new mode called “Patrol” which sees players try to hold down a constantly moving hardpoint. 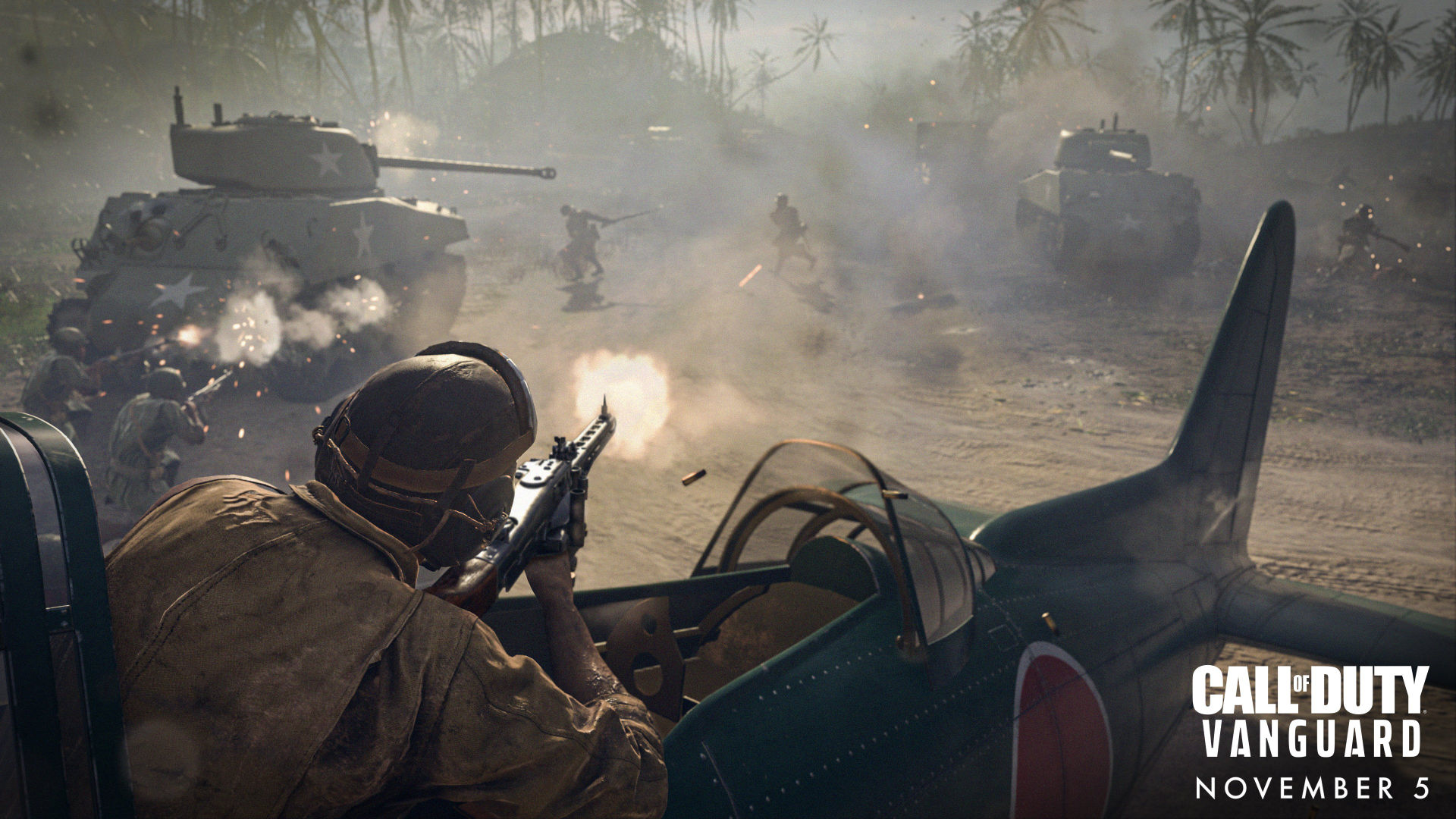 One major welcome change this year is the ability to search for matches with their own unique combat pacing options: Tactical, Blitz and Assault. Depending on what type of game you’re looking to play you can either have a more measured and thoughtful engagement with the enemy team or, if you’re looking for some adrenaline fuelled fun, you can choose Blitz and watch the map turn into complete and utter chaos as a horde of players descend on each other. It’s a small change but one that’s appreciated.

Finally we have Champion Hill, a series of bracket based two to three player team battles that see you either moving up or down an overall leaderboard as you’re pitted against opposing teams. Take away their allocated pool of lives and you’ll knock them out of the running, which sounds simple enough. Each round or so players can purchase weapons and upgrades to assist with their efforts and more cash can be earned by, you guessed it, killing the enemy team. It’s a tense but extremely fun mode that offers up a respite from the more frenetic modes available. 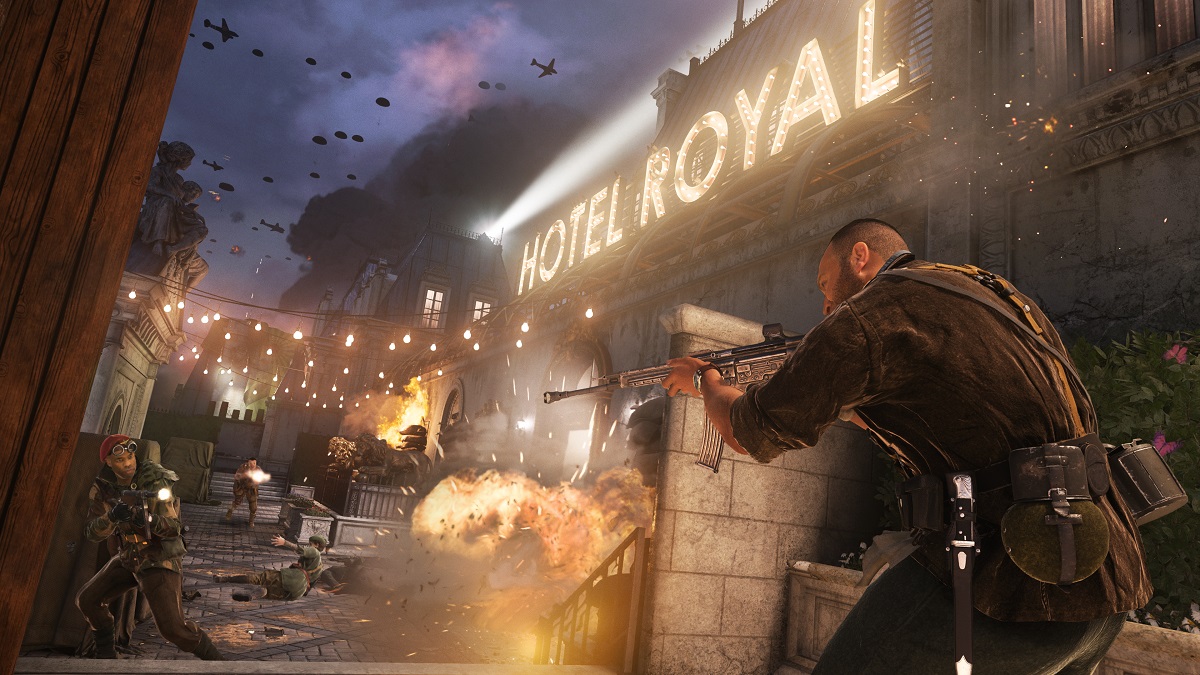 One thing that you can set your watch to is that the Call of Duty games will always be a visual feast and Vanguard is absolutely no exception, particularly on the PS5. Cutscenes look absolutely gorgeous and almost photo-realistic in their graphical fidelity and character and environmental design is absolutely top notch.

Same goes for the audio and soundtrack here, which hits all of the right notes; it’s really hard to find any fault in either of these two areas, which is likely a reflection of the hefty budget behind the title. Say what you will about Activision but they certainly understand the importance in maintaining the visual and audio standards set by their Triple-A tentpole franchises. 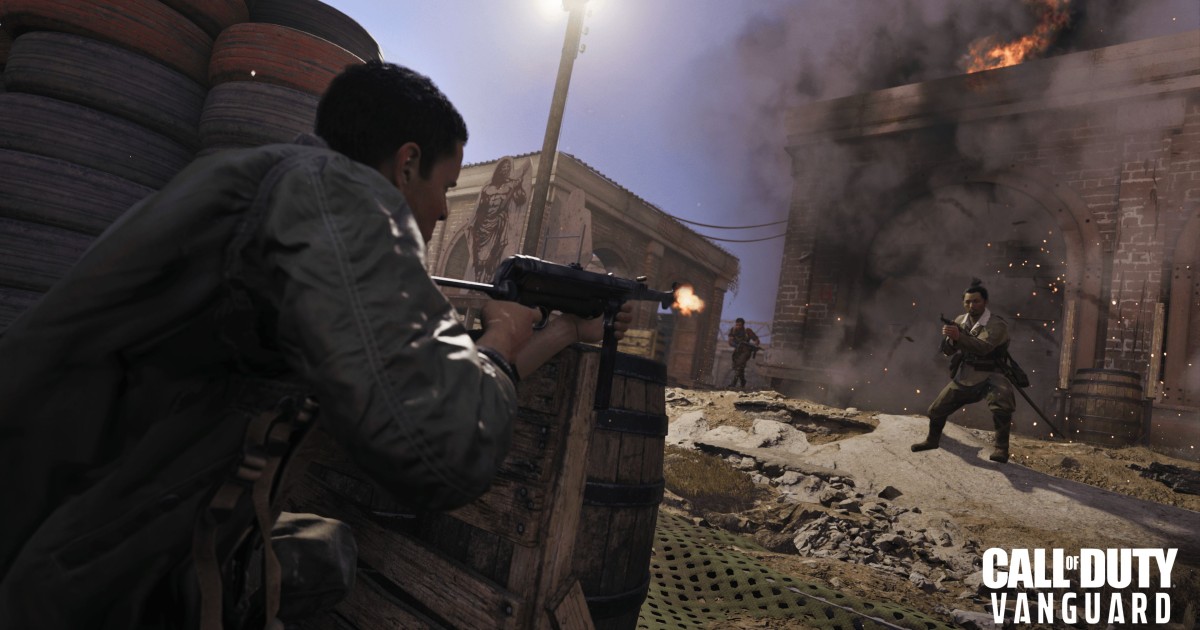 Although a solid offering overall, one can’t help but feel that the series has taken a step backwards in terms of the content available as well as the era depicted; instead of expanding upon the almost non-linear structure of the Cold War campaign we instead get a safe reversion back to the standard model and the Zombies mode is barebones as all get out no matter how you slice it.

Still, long-time fans will likely scoop this up regardless, and I must admit that the gunplay and TTK feel pretty spot on this time around and the massive assortment of multiplayer maps available from launch is definitely a highlight… It’s just a shame that Zombies fails to deliver and the campaign, whilst engaging,  lasts about as long as a fart on the wind. 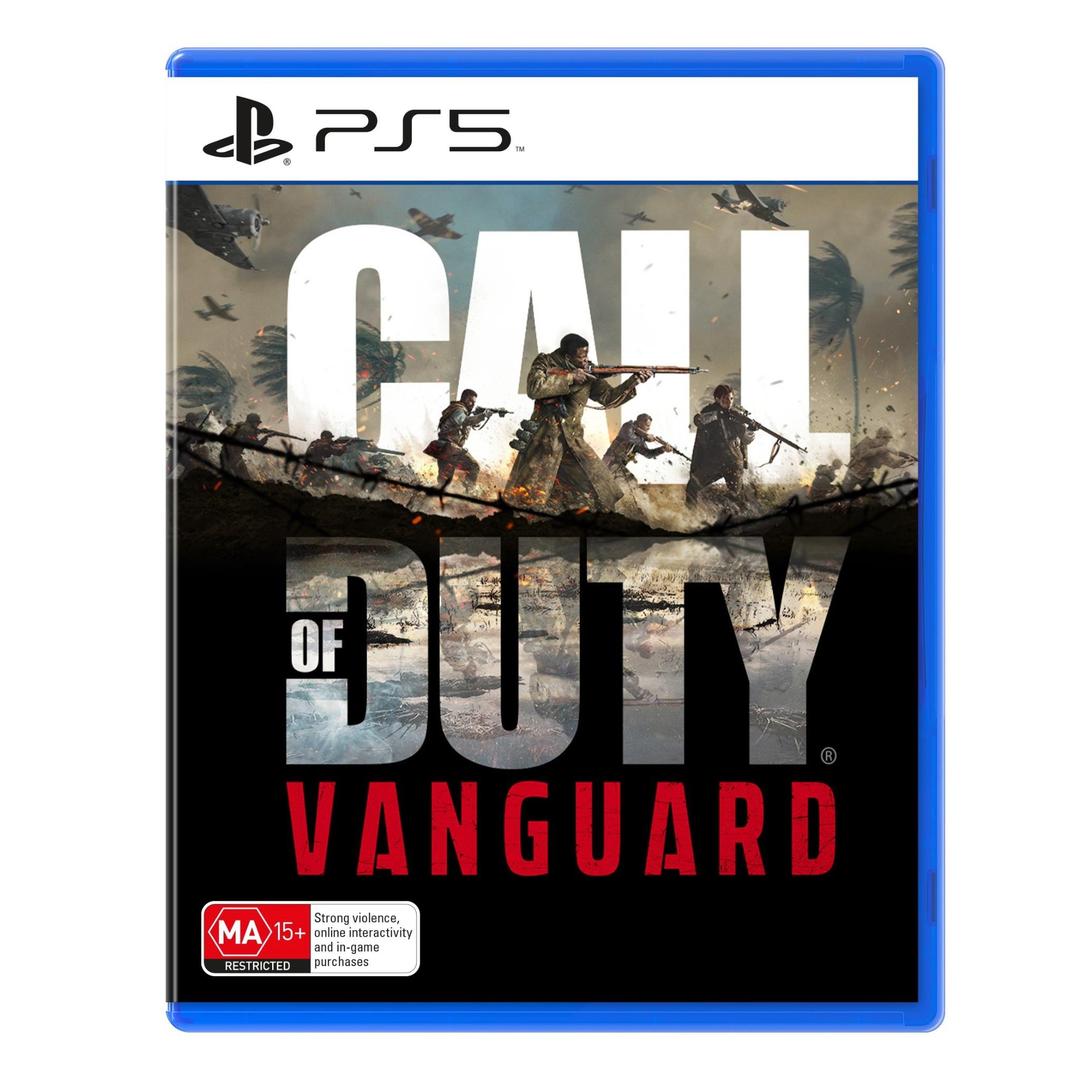