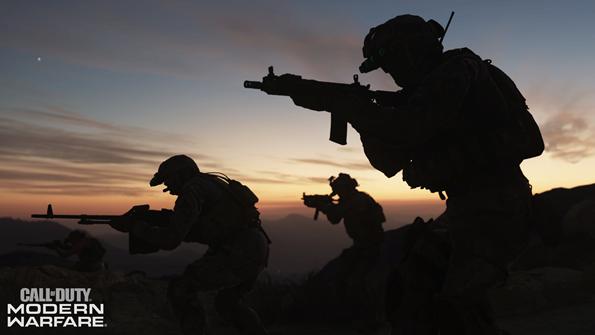 CALL OF DUTY: MODERN WARFARE IS NOW AVAILABLE IN AUSTRALIA AND NEW ZEALAND!

The wait is over! The highly-anticipated Call of Duty®: Modern Warfare® is available in Australia and New Zealand.

Modern Warfare drops players into an epic reimagining of one of the most iconic series in gaming history.  Activision’s new thriller unites the massive Call of Duty community to play together through crossplay and cross progression support, and to enjoy a load of new post-release content coming free for all players on all platforms simultaneously.

Modern Warfare features unified progression across the entire game, as players enlist in an epic story campaign, engage in the ultimate online multiplayer playground, and play cooperatively with friends in an all-new collection of Special Ops experiences.